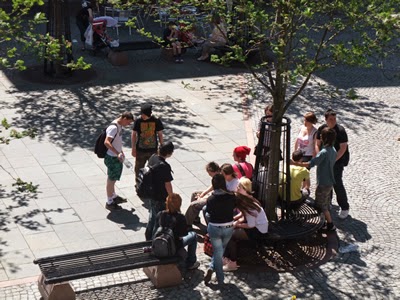 Have all of you read Kenneth Roy’s article ‘We are sleepwalking into an authoritarian Scotland' in this week’s Scottish Review?  If not here’s the link.  It’s essential reading.

I’m not going to dwell on the content because most of you know my feelings about ‘Evidence2Success’.

What angers me most about this latest development is the duplicity of my own council Perth and Kinross, Angus council and others who are participating willingly in this appalling intrusion into family life.  Do these people truly believe that changing the name of one of their pet projects will make it more acceptable to  the parents of the children involved and also the wider society?

I have contacted my MSP to express my disgust at this programme being continued.

Unfortunately the Scottish Government have complete control of education and therefore voting No in the referendum will not alter the situation. All of us need to protest loudly and tell our political representatives that this policy is not acceptable in this country.

I think the Rotherham grooming scandal exposes all the failings of bureaucratic Kafkaesque policies and controls.

If you want left wing government; populated by socialists, Greens, prissy puritans and the like then you have to accept the baggage that comes with it. Authoritarianism is of course a major one but not alone as incompetence, inefficiency, waste and mediocrity follows in its wake. And eventually impoverishment and tyranny.

Thats socialists for you - they get their kicks ordering other people around. And some of them (the really dangerous ones) actually convince themselves that they are going it for the benefit of the person being ordered around, and thus any opposition to their actions can be dismissed as actively evil, because why would you want to stop something good happening, unless you are in fact evil yourself?

People like this are very very dangerous. Scotland should be extremely afraid IMO. Put it this way, if I lived there, I'd be looking to leave, if thats the way things are going. They don't give you a deadline for when a free nation becomes a police state, the bar just gets gradually lower and lower until one day you can't squeeze under it, and you're trapped.

If the nature of people implementing this is representative of the nature of those who will be running an independent Scotland (which it is) I'd be voting No as many time as I could.

Keeps the unemployment figures down, doesn't it.

Just why can't the 'Named Person' for each child be one of the two on its Birth Certificate?

I fear for my grandchildren.

Not from their parents, their siblings or from anyone within their family group.

But from the intrusion forced upon the parents and children by a prying and mindless bureaucracy whose only loyalty is to what has become a frighteningly dystopian and Orwellian ‘State’.

It does Crinkly, but this style of data collecting is quite a few steps too far for me.

Antisthenes, I don’t want a left wing government or radical socialism. Both of these are promoted by media and social networks as Scotland’s makeup but that isn’t necessarily so. They are the ones who shout the loudest certainly.

Voting No won’t make any difference Sobers. The SG has control of education etc.

I do too JRB, but fortunately any grandchildren I do have in the future will not be residing in Scotland.