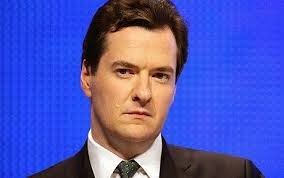 Apologies for not posting last week.  I was busy with my ‘other’ life although I kept an eye on the media’s efforts to support the No campaign.

Weren’t some of the remarks unbelievably stupid?

Reading some Labour voters comments on various newspaper articles, it appears Scottish Labour voters are more than unhappy with their party for many reasons.  The main ones are the loss of social policy, the collusion with the Tories and Libdems and the ineffectiveness of Labour’s Scottish leadership.  I’m sure many of you will be muttering, “We could have told you that a while ago.”

Quite a few of these disgruntled Labour voters intend to vote Yes and suddenly up pops Osborne on the Marr Show yesterday stating he’s going to offer us Valhalla with cream on top and a cherry if we’re really good and comply with his wishes.  Desperate isn’t it. He won’t be thrilled to read this morning that the Scottish Secretary disagrees with him.

Surely there can’t be a Scot in the land who doesn’t remember - or has heard about - Douglas Home’s 1979 pledge to the Scots that if they vote against devolution he will offer ‘something better’.

The momentum seems to be with the Yes campaign at the moment but Osborne will be hoping to sway the undecided with his feeble coalition offerings in a few days time.

We have to keep positive, keep pleasant and keep the pressure on.

For some reason, all the shenanigans of the last few days brought to mind a particular scene from the 2003 film “Love Actually” in which the lead character played by Hugh Grant gives a powerful and moving political speech.

Its content seems highly appropriate at this moment; so with a few minor changes -

”I love that word ‘relationship.’ Covers all manner of sins, doesn't it?
I fear that this has become a bad relationship; a relationship based on Westminster taking exactly what it wants and casually ignoring all those things that really matter to, erm..... Scotland.

And a friend who bullies us is no longer a friend.
And since bullies only respond to strength, from now onward we will be prepared to be much stronger.
And Westminster should be prepared for that.”

… and for that reason we shall vote YES for Independence

AS a Scot living south of the border I feel like a Mad Marxist has broken into my 'house' and changed the locks.

Scottish 'independence', particularly under the regime of the EU, makes no economic or logical sense. At its core the movement is just 'Braveheart' draped over corrosive left-wing hatred of 'tory toffs', even though the current 'tory-toff' is an ethnic Scot, (a bit like IS being the 'wrong' sort of Muslims no doubt).
Instead of pandering to these children, 'Westminster', loaded to the gunnels with Scots resident in the southern parts of these isles, should have boxed their lugs.
Salmond et al have nothing in common with Adam Smith, James Watt, Alexander Graham Bell, Alexander Fleming, Sean Connery, Harry Potter, Sir Chris Hoy or Andy Murray's right arm. Like all Marxists he relies on keeping a disaffected, dependent, under-class to keep him and his like in power.
If you want Scotland to become a banana republic, but without the bananas, then vote 'Yes'.

Excellent as your argument is – I am not SNP - for my sins I actually voted LibDem at the last election and am most certainly not and never have been inclined to Marxism. I would equally like to think I have never shown any hatred to anyone let alone a Tory or a Toff.

Like you I am equally against the EU and other SNP policies, as I think some of my previous posts here will testify, and am prepared to argue such, post-referendum - from within an independent Scotland.

… and please – ‘Braveheart’ was an absolutely atrocious film and does not deserve mention.

Harry Potter? The invention of an English woman? Or is she Scottish?

As for Sean Connery - you can keep him, though I don't think his Scottish nationalistic fervour extends to actually living in Scotland. What's he ever done apart from playing Bond, then dismissing the role that made him an international movie star and earned him millions. And, by all accounts, a bit of a woman batterer to boot.

Douglas-Home? The present Earl of Home has been Chairman of Coutts bank. This bank has lately been part of RBS. It also has major offices in the Caymans etc. where secret Trusts etc. are available on demand. Who else is connected with RBS and/or Coutts. Ho hum.

I'm struck by the irony that until that part-time MP Jonah Brown stuck his oar in, everything was going swimingly for the "No" campaign.

It's almost as though he was a 'plant'.

You Scots will owe a debt of gratitude to Brown, Darling & Miliband.

As a regular visitor to Dundee, (city of Saltires), I thought you and your readers might enjoy a couple of songs, my wife Nicky and I have placed this afternoon on Youtube after quite a few months of work. The videos are well worth watching in themselves!

I've enjoyed reading the articles and comments on your site and when the 18th arrives, you can certainly rest knowing Subrosa has done her bit for the cause!

Out of interest, the Saltire flag you'll see rising in the Saltire song is being raised by David Cameron above Downing St in July 2012 to celebrate Murray getting to his first Wimbledon final, which he lost. Incidentally, I had to fight the BBC for months to get the video reinstated on the BBC website, they never replied to me but a friend of mine eventually went further .... and the link got restored! (you don't think David Cameron might have asked for it to be removed?) The Stone of Destiny, you may recall was returned by PM John Major in 1996. The prophecy of the stone is that whoever possesses it will be victorious - it certainly proved correct for Major as he lost every seat in Scotland in the 1997 general election!

Anyone, hope you enjoy the tracks below, which you can find by typing the following into youtube.

When Alec Douglas-Home reneged on his promise of a better devolution bill, my late uncle Hector (though invariably courteous) refused to shake hands with him at his country seat at the Hirsel. He said I don't shake hands with traitors.
Post-independence, there will be many politicians and hangers-on out of a job.
The cynic in me suggests it won't be long before they claim they were in favour all along.

Thank you JRB, an excellent contribution (although I find Hugh Grant somewhat irritating). :)

JimS, well I’d rather eat home grown bananas than those grown in another country.

As JRB says I will fight the EU and other policies but will never get a chance to do so if I don’t take it now.

proglodyte, an opinion of one man will not change my opinion that my country could thrive as independent.

My, my Demetrius, what we learn eh? There will be a few queuing up for similar investment if the vote is Yes no doubt.

Ha ha Joe, what is it that Guido says? The former PM is a jinx?

Alan, thank you so much. I’m off to watch them. You could have put the links as I don’t mind links in comments (just for future reference).

Hamish, I can see them now can’t you? Eager to express their desire to be ‘part of the new Scotland’. Good for your uncle!

As an Englishman living in England I cannot understand why Scotland would not want to be independent.

England is the only country in the UK that does not have it's own Assembly/Parliament. I'd like England to be an independent country too.

Mind you, I fail to understand how William Hague can say that the poll in Crimea was not legitimate because nobody asked the rest of Ukraine and then do exactly the opposite in Scotland and the UK.

If anyone asked me - which they're not - I'd vote Yes.

"JimS, well I’d rather eat home grown bananas than those grown in another country."

'Bananas' don't grow in Scotland, that is the point and the negative attitude endemic in Socialists and Marxists will ensure they never will. They thrive on resentment. If they succeed in getting rid of their 'English overlords' it will all suddenly become the fault of the EU, especially now that eastern Europe, (and then Turkey?), will be first in the benefit line.
The off-shore fossil resource of oil is no more 'Scottish' than the sun. It will become an EU strategic reserve and Qualified Majority Voting will ensure that Salmond-no mates can go whistle in the wind, which is about all he will have, (but only a third of the time).
The 'Yes' campaign line of 'who wants to be friends with people who would cut us off from the pound?' will bounce back with a resounding 'sod off!' if they get their way. All of a sudden realisation will set in that Scotland is a cold wet place with no links to anywhere except its southern neighbour, who no longer has an interest in putting work north of the border (No Gordon Brown, no Rosyth, etc.). Reaping what you sow works both ways.
I would have hoped that those of you with the vote would have learnt the lesson of Obama - Change! We all want change! And they got it, and the most indecisive, incompetent half-wit that had ever graced the White House.
Just read what Paul Krugman of the NY Times has to say:
"In short, everything that has happened in Europe since 2009 or so has demonstrated that sharing a currency without sharing a government is very dangerous. In economics jargon, fiscal and banking integration are essential elements of an optimum currency area. And an independent Scotland using Britain’s pound would be in even worse shape than euro countries, which at least have some say in how the European Central Bank is run.

I find it mind-boggling that Scotland would consider going down this path after all that has happened in the last few years. If Scottish voters really believe that it’s safe to become a country without a currency, they have been badly misled."

This isn't a General Election this is forever. Last person out please switch off the lights and leave the key under the mat.