Is There Oil In The West? 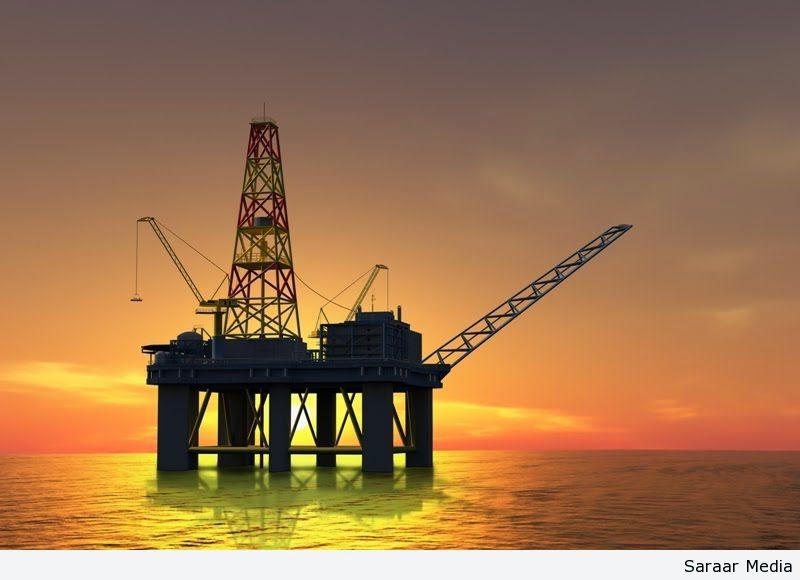 Is this the Yes campaign’s trump card?

The Sunday Post is usually a reliable publication so I should think their research is thorough.

How much more evidence do people need in order to understand how detrimental Westminster is to Scotland?

The west of Scotland has suffered greatly since the collapse of its highly skilled industries and we now have generations feeling useless and living on benefits.  Some expect the government to create jobs but must know governments can only help with job creation.

We do need more jobs and more highly skilled work in order to encourage the young to study subjects which will deliver good rewards. That is a win-win situation because then the tax pool increases allowing housing and infrastructure projects to thrive.

When I read the Sunday Post’s article my first thought was ‘if only’.  My second thought was the MOD is powerful but not as powerful as those behind the door of No 10.
Tweet
Posted by subrosa at 09:32

I must confess that I find all this look back in anger at what has been done to us, as totally unproductive and does the ‘Yes’ campaign, and Scotland, no favours.

If Scotland deserves, desires and is to gain independence then it must be by looking forward in a positive manner at what can and will be done – not forever harking back to the wrongs that have been done.

Hmm. The SNP seem very pro-renewable energy, so would they be prepared to drill all over the West coast of Scotland if there was lots of oil and gas out there? If yes it makes them rather hypocritical, of not then its a moot point if there's any oil there in the first place.

Personally I reckon if there was a shed load of oil out there, the eco love-in would be shelved faster than you can say 'drill baby drill'. If there's one thing a politician likes more than be sanctimonious, its doling out free cash to the masses in return for votes.

If you don't look back at the past you are doomed to make the same mistakes.
Westminster lied to us all those years ago and Scots require to be reminded what would happen again if we were to vote 'No'. I find it inconceivable that history would not repeat itself in that event.

You're being very naive if you think that a Scottish government would never lie to its populace. Its what governments do, of all colours, and all sizes. If 'Westminster' wasn't honest about something in Scotland back in 19-whenever it wasn't because it was Scotland, it was because its what politicians do. The whole UK has been lied to repeatedly about the EU and immigration, don't think you're the only ones to get the sh*tty end of the stick from lying politicians.

This all smacks of bend the 'facts' to suit a new argument.
Why would the UK government not want to make use of an energy resource? It doesn't make sense to spite Scotland as distinct from the UK. None of the north North Sea development would've happened on that basis.
Conventional wisdom was that Faslane was ideally placed to make use of the Glasgow shipping trade as cover. In that respect 'Glasgow' has let the UK down! Of course that drop in shipping trade owes everything to containerisation not to Westminster ill-will.
Once the Clyde was a major ship builder employing thousands. Forget Westminster consider Korea etc. Big ships need big yards, the Clyde struggled to produce the 'Queens', no way could it make a bulk carrier. What it can do is fabricate modules in modern, indoor, facilities like BAe's. Where does the work come from? Mainly the 'wicked' MOD and some would say politically directed there too! So it is Westminster spite when the work goes south and bribes when it goes north!
Take a look at Google Maps for Coulport and go north up the coast. See that structure tied to the shore with 'zig-zags'? Bigger than the QE2 and built in an Ayrshire 'quarry' intended to build oil rigs for the boom that never came. Good of wicked Westminster to put that work in place and for no votes either.

But reiterating the wrongs jolts memories JRB and if memories are anything like mine then that’s a bonus. :D

Playing victim hood poker like this does no one any favours.
If you are genuinely interested in a shift of economic wealth from west coast to east coast, it is more of a trade pattern which has affected the entire UK from Bristol north.
The oil rig work going eleswhere is a result of the early trials of clyde buit not matching up to the on time / budget achieved elsewhere. These things matter when you are competing with the rest of the world.