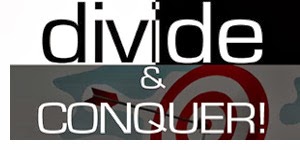 I haven't had time to read it all as yet, but what did cross my mind is that Scotland is well on track.

With hardly a murmur from the electorate we now have a national police force run by one man in Glasgow. Localism is dying and faster than I ever thought possible.

Only this week I discovered transport to and from health services (for patients who are unable to use public transport), is now operated from Edinburgh.  Hospitals, who used to operate this arm in their local area, are no longer in control and this is causing upset with hospitals and other health facilities.

Centralisation is paramount to keeping control of the masses. (That's you and me).

Some do complain but fighting against large government departments is useless and that's perhaps why many give up.  Is that democracy?  Not as I understand it.
Tweet
Posted by subrosa at 11:04

At one time, "Parliament" meant the one in Westminster.

Now they've proliferated to the Regions, plus Brussels.

Restore The County of Clackmannan! Renfrew Rules OK! So does Rutland and Radnor.

Democracy has a whole new meaning today. Take a look at all those states that have that word in their name when patently they are not in the least bit democratic. Parliamentary democracy or representative democracy does not in fact mean that at all anymore as even countries like the UK and the USA are really oligarchies. Democracy it is said was founded by the Greeks when the demos congregated in the agora and after debate all citizens (male that is) voted. Democracy will come back to it's true meaning when our political system returns back to something akin to the original idea of those ancient Greeks. However that can never come about with the continual destruction of local-ism and the ever ending enlargement of the state. It is ironic that due to our highly technological age and our ability for mass communication the agora can live again and that in every persons living room. It is a pity we now have a state where those in charge will never allow it and the population generally have very little appetite for it. The silver lining could be that as we are already seeing the internet is starting to have an effect on the political landscape and the oligarchs are feeling some discomfort. They will of course make efforts to suppress and those suppression's will be opposed. Who wins that battle will in the end decide on the future meaning of the word democracy.

I am particularly worried about the centralisation of the police force but if those in power wish to move in an undemocratic direction, that is the way to go. First is centralisation and high salaries to corrupt those at the top. Then it`s private security firms to assist the police with manpower coming from those outside the local area who feel no loyalty to the people. Then its riot gear to control the masses. It`s all ready happening and it is obvious what the power elites have in mind.

So basically, we Scots are screwed …

… or, we vote for independence and have it all handed over to a remote and unrepresentative Brussels operating through a subservient Holyrood.

By any stretch of the imagination can that be called ‘Democracy’?

I do believe we`re heading in that direction either way but I`m for breaking away from Westminster and then booting out the party that pushes us towards being just another region of Europe. There`s lot of work to do.

People down here did get the small county of Rutland restored, breaking away from the imperialism of Leicestershire!

Incidentally there used to be a satirical Daily Telegraph column "The Way of the World" which invented Clackmannanshire terriers, bred by a formidable lady who lived at a place called Brig o'Dread. They had originally been bred to evict crofters -by putting them down the chimney!

I think you might be interested in the idea of the HARROGATE AGENDA which aims to address your concerns. If it doesn't come up first go on Google, you will find it linked on eureferendum.com

Thanks all for your contributions to this subject.

Alice that concerns me too. Strangely enough, earlier this evening I heard the global company G4 now want to be involved in the Commonwealth Games. I do hope the troops are brought in to help rather than this corporation.

Yes we are screwed JRB. It's a difficult decision isn't it? After all these years of supporting independence, I see the reality of it float away day by day.