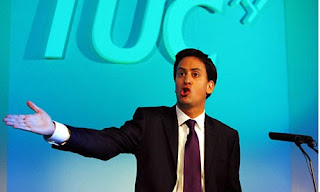 Try as they might to embarrass Alex Salmond's Saltire gesture at Wimbledon on Sunday, Labour could be accused of using the First Minister's genuine delight as a cover for more serious matters.

Falkirk is one and perhaps the tip of an iceberg.  We'll have to wait to see if the police uncover more impropriety, although I doubt it.  I'm not suggesting there aren't Labour constituencies where candidates were approved 'against the rules', but that the police will have difficulty discovering them. Labour are particularly skilled at covering their dubious practices. Think about postal voting and how these have increased dramatically over the years in Labour areas.  Pathetic efforts by the Electoral Commission have revealed nothing but it's generally accepted that there is a good possibility fraud takes place.  Why do we accept it?  Why don't the other parties insist upon an independent investigation?  The only conclusion I can come to is that the current system suits them too.

But Falkirk has opened a can of worms and shown just how Ed Miliband is a weak leader. He gained office only by the grace of the unions and since then these unions - and in particular Len Mc Cluskey's Unite union - have been calling payback time and quietly taking over control of Labour by attempting to ensure their choice is accepted. As Dan Hodges says: "Len McCluskey and his union have been caught bang to rights. No ifs. No buts. No maybes."

Miliband appears to be losing his grip and can't decide which side of the fence to fall on.

Johann Lamont, during her campaign for the leadership of Scottish Labour, was insistent that the new leader had control of the whole of the Scottish Labour party and not just the MSPs.  She hasn't said one word about this on-going saga and that proves what many of us already believe, that Scottish Labour is but a branch of London Labour.

What a farce it all is and surely the people of Falkirk deserve better.

Recent events are but symptomatic of what is happening to the once great Labour Party.

It has descended into a dull dour dreich derivative of its former self, led by indistinguishable faceless bland Italian suited, marginally left of centre, career politicians. Who, clutching their PPE degree, see the Labour Party as but a career opportunity in the pursuit of ‘self’.


Where are the charismatic characters, the Hardies, the Smiths the Dewars even the Kinnocks? Who spoke and acted with passion, pride and promise, who stood for and not afraid to declare their socialist values, who were driven not be ‘self’ but by an honourable social conscience and desire to improve the lot of their fellow man.

What made me laugh was the comment that Miliband is perceived to have only got the job because of the union share of the vote.

" ...........and that proves what many of us already believe, that Scottish Labour is but a branch of London Labour."

'Scottish' Labour, 'London' Labour and 'Welsh' Labour are but branches of The Unions.

Miliband LOSING his grip? What grip would that be then?

I certainly agree with the RIP JRB.

Of course it's a fact but one which the Labour party don't want to acknowledge Dioclese.

I suppose I mean his grip on the job Elby.