Too Heavy A Price 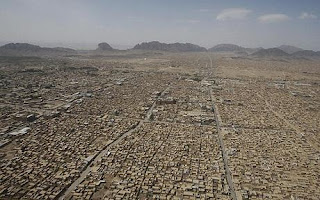 Eighteen hours of the past twenty four must have been hell for the families of those serving in southern Afghanistan.

Yesterday, around noon, the media reported there had been three fatalities in the region, but no further details were provided by the NATO PR machine.

As the south is mainly patrolled by British troops - and most military families know the battalions and squadrons out there - it was expected those killed would be British.  In fact they served with the Royal Highland Fusiliers, 2nd Battalion, the Royal Regiment of Scotland.

The MoD did not confirm the loss until after 5am this morning.  Can you imagine the fear which ran through families' minds from noon yesterday for 18 hours?  When such an incident happens the communication network shuts down and families in the UK are unable to contact their loved ones.  They just have to sit and wait, fervently hoping nobody knocks on their door, until a further announcement is made. Their hopelessness is palpable. I suspect many mothers whose sons are deployed in Helmand right now, had little or no sleep.  Sadly three may not sleep well for many years.

In the Mastiff thee were two crew and eight troops. Nothing has been reported about the other casualties but I suspect all were seriously injured.  Five Afghanis were also killed in the attack, while in another attack in the south of the country - a roadside bomb in the Shah Wali Kot district of Kandahar province  - killed three civilians and wounded five.

We are losers in this war.  We've lost 444 of our armed forces now and will possibly lose more as the Taliban up their strategies in the knowledge that our troops are pulling out next year.  Meantime our government will continue to send more troops.

Once the troops leave Afghanistan will return to its wretched state. Supposedly we went in an attempt to stabilise the country but that has failed. We have paid too heavy a price.

Not one effing MP has 'paid a high price' for their collective decision. Not one.

The closest Cameron's ever been to risking his life in the line of duty, was cycling to work as Leader of the Opposition.

So sad - condolences to all (including five dead Afghans) in this latest inevitable disaster.

Hear, Hear Rosie they'll be back to where the were in the blink of an eye and we've lost more people. A very sad day indeed.

Agree Joe. Pity he didn't continue by saying 'but my arms supplier pals are pleased'.

Agree Joe. Pity he didn't continue by saying 'but my arms supplier pals are pleased'.

It's sure to get worse before we leave Clarinda. :(

Oh I've no doubt whatsoever Dram. None at all.

Rosie: my comment is actually a tribute to you personally. Since this madness began you have publicly acknowledged every death out there and tried your damndest to make people see what every death means for the soldier and for their families. There are few in the "big media" out there who can be bothered to do that or to point out the complete MESS we have made of it all. Truly all give some but some give all as these soldiers do, along with their families.

Meanwhile, Politicians are not the ones who pay the ultimate price. Perhaps if we brought back the need for the Leaders of countries to go to war with their military they would suddenly discover the value of dialogue rather than risk their own worthless, spineless skins.

Thank you for your kind words Jo. It's the very least I can do to ensure these soldiers deaths are acknowledged.

Oh how I wish that too. Mind you, I doubt if most of our military would tolerate the stupidity of our present leaders.