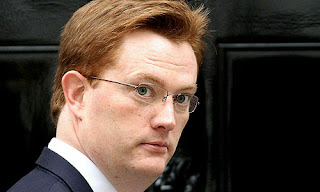 There's an article in today's Herald which clearly shows the stupidity of the unionists.

It appears the Lords Economic Affairs Committee has suggested the Westminster and Holyrood parliaments should publish their 'red lines' for independence talks before next year's referendum.  A sensible idea and one that many Scots have been calling for in recent months in the hope that distinct divisions would provide much more detail.

However, Danny Alexander says no pre-negotiations:

"We have been clear we will not 'pre- negotiate' the terms of independence before people in Scotland have had their say in the referendum.
"To do so would require the Government to act on behalf of only part of the UK."

The Scottish government said its position on "all these issues will be set out before and in the White Paper'.

It's well documented that the Westminster parliament, as well as Holyrood, has been making preparations in case the Scots vote Yes, so why are they so loathed to share the information with the people who live here?  Is it bloody-mindedness or something more sinister?

Perhaps it's a bit of both but it's also insulting to Scotland. The voters here can't decide on the score until they've seen both team's red lines.
Tweet
Posted by subrosa at 09:01

This so called great Yes/No campaign is sadly and rapidly descending into predictable puerile politicking – where are the facts we were promised; where is the balanced well informed debate; where is the maturity?

It is little wonder that no one ever takes what Danny Alexander a.k.a. ‘Beaker’ the Muppet actually says as serious comment?

Scotland is able to set out its position because it has a parliament which is legally able to do so. The rest of the UK can't, simply because has no representative body with the necessary powers. Presumably the Welsh and Northern Ireland assemblies could set out their positions in their areas of responsibility, but there is no such body for us English or the residual UK.

I don't see that it is of any concern to the Scots as what we in England might do in the event of Scottish independence, it is our decision and ours alone. Does Scotland expect other countries to also set out their positions? I think the EU did set out its position concerning membership and the Euro, and it was ignored by Salmond.
No, we English should keep our cards close to our chests; It's the Scots who want independence, it's not for us to tell them what we might do if they make that choice. Who knows, we might decide to rebuild Hadrian's Wall to keep out the marauding Northern Tribes!

The EU hasn't stated anything. Some people involved in the EU have stated their opinion. Again Westminster isn't asking the question to the EU.

"We English"? I don't think the Scottish people see it as us against the English. Us against Westminster yes of course.

Wouldn't a healthy dose of independence for both the English and the Scots be a good thing?

I have to agree JRB. The emails I receive from the Yes campaign seem directed at children rather than adults.

EP, I'm not interested in what England would do after independence. After all that is their business.

We have a Scottish Office in Westminster which, it is purported, looks after Scottish affairs - all of those which are not devolved.

Great contribution TT and thanks for the compliment. :)