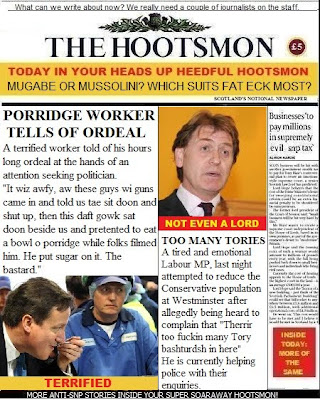 You've wandered into political territory I'm not clear on. He has been suspended from the party but even if he were permanently kicked out of the party (not sure if that's likely) he wouldn't lose his seat, right? Wouldn't that take a conviction and sentence of more than 12 months? And I know his seat has normally been considered a safe one, but does that still hold true?

His seat was always considered a safe one but I believe the SNP only need a swing of 6.6 to gain it. It was a surprise he was returned at the last election, particularly because of his drink/driving conviction and being the MP with the highest expenses claim.