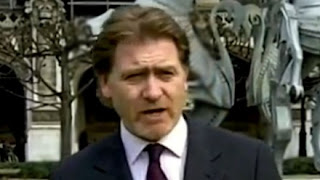 It's alleged the Falkirk MP Eric Joyce, started a rammy (brawl) in the Strangers Bar in the Palace of Westminster on Wednesday night.  He is said to have attacked the Tory MP Stuart Andrew, several other Tory MPs and a Labour colleague after complaining the bar was 'full of Tories'.

The police were called and Eric Joyce was held overnight at a London police station on suspicion of assault. It is reported he left the police station last night after being charged with three counts of common assault.

I've no wish to comment on Joyce's behaviour because it would appear, throughout his careers, he's encouraged animosity amongst his peers and superiors, but I would like to highlight the hypocrisy of the political classes.

All food and drink (including alcohol) supplied within the Palace of Westminster is heavily subsidised by the taxpayer; the catering subsidy for the financial year ending 31 March 2011 was £5.8m. That fact alone irritates me particularly when the governments of the UK and Scotland are attempting to bring forward legislation which will increase the price of alcohol to those of us who aren't privileged enough to have it subsidised.

All the bars in the Palace of Westminster and Holyrood should be closed unless hotel prices are implemented. Alcohol and work don't mix and the excuse for having bars within parliament buildings has long gone. The House of Commons seldom sits late into the night and Holyrood has never had the need. Cafes can supply a varied selection of non-alcoholic beverages and there are plenty restaurants and eating houses for politicians to enjoy the best quality food.

If this event had happened anywhere other than Westminster by anyone other than an MP it would be an example of the disgraceful 'yob' culture infecting these islands and followed by politicians calling for action.

One journalist shows sympathy with politicians because 'most MPs drinking there are doing so because they haven't really got anywhere else to go...Sometimes they just don't want to go 'home' to a London flat they find lonely'.  I find Mr Kirkup's empathic article somewhat outside the real world. There are many thousands of people who have to leave their families on a weekly or longer basis in order to do their work. Few have the luxury of taxpayer-funded 'homes' or 5 star bars and restaurants.

For some years I travelled regularly and yes, I did find it lonely, because I was in a different part of the country each time, but I was able to entertain myself during my off duty hours. An MP's London workplace is the Palace of Westminster which caters for their every whim. The whole of London culture and entertainment is on their doorstep so there is no reason for any MP to be in their workplace outwith their working hours.

One fact of life is certain. Eric Joyce will remember yesterday morning's hangover for a very, very long time.
Tweet
Posted by subrosa at 09:14

Invariably that which emanates from Kirkup is utter tosh - and his latest offering does not disappoint.

Yes hangovers in your 50's seem to go on for days. Plus all the guilty feelings and 'if only's'. I doubt if he will remember much of the actual incident. Just wee snippets.
This story highlights how pointless the minimum pricing proposals for alcohol are because it will have no effect on the core problem ( according to Alastair Campbell on Panorama - FWIW) - the wealthy middle classes who will have no problem paying the higher prices.
Although in this case taxpayers are subsidising MPs' binge drinking so they won't be affected by their own new laws anyway.

The French do it, the Italians do it and even the trendy young things of Chelsea and Knightsbridge do it – they greet each other with a kiss.

Just a pity that Mr Joyce didn’t realise that a ‘Glasgow kiss’ is perhaps not quite as socially acceptable. (If reports are to believed)

As for MPs booze, as in so many things it reflects a ‘them’ and ‘us’ culture. They get theirs subsidised by us, and we have to pay more for ours.

I agree with every word of that.

Absolute nonsense that they need cheap bars because the poor wee things get lonely.

Not one single one of them is pushed into this job. Jobcentre doesn't send them to the polls with the admonition that they should get the job or lose their benefits.

If they don't like a solitary life, then it's not the job for them, any more that being a lighthouse keeper is.

And if they need drink, then London (or Edinburgh) is not lacking in nightlife.

It's only 3 nights a week for heaven's sake. I know many people who would love to be away from home three nights a week.

Rumour is that there will be a bi-election, so, subsidised drink it may have been, but it will cost him somewhere in the region of £250 a year for the next 3 years, and possibly 8 years...plus the fines for assault.

He's stuck in the bubble WfW. Can't upset the paymasters. :)

They're seldom affected by their own laws RM. That's the rub.

It is a disgrace JRB that we're still subsidising their food and drink.

I know many who are away far longer than 3 nights tris and are forbidden alcohol. Our military in Afghanistan can't have alcohol for months on end - and theirs isn't subsidised either.

Thought they were supposed to "fight" for us, not among themselves?

Seems they only fight for themselves Apogee. Why am I not surprised?

Thank you D-Rex. It's time we did something about this but I can't think what would make an impact other than stopping paying taxes.