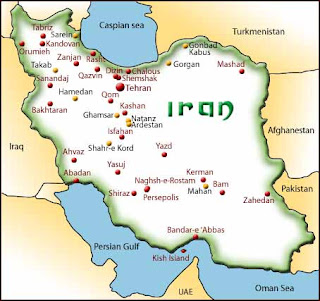 It shouldn't come as a surprise that the British military are preparing for potential military action against Iran.

Only a year ago The Truthseeker had an interesting article which is so ridiculous it could be true. However, Libya interrupted the plans, although our presence there was officially halted this week.

"Where next?" thought Obama and phoned his lapdog Cameron. "Next is Iran and I want to bring the schedule forward.  Must keep the momentum of war going or the people will begin to notice the money we waste on such foolish adventures."

"Right behind you," said Cameron.

According to the Guardian, the US may want to take action before next November's US election.  Obama can't afford to lose because of unjustified US military intervention in other countries and he knows Americans will think a military operation now is purely political because Tehran's nuclear enrichment programme has been public knowledge for some years now. According to 'sources' there is 'new' intelligence which has declared Tehran is moving some new, more efficient centrifuges into the heavily fortified military base dug beneath a mountain at the city of Qom.

"Beyond [12 months], we couldn't be sure our missiles could reach them," the source said. "So the window is closing, and the UK needs to do some sensible forward planning. The US could do this on their own but they won't. So we need to anticipate being asked to contribute. We had thought this would wait until after the US election next year, but now we are not so sure. President Obama has a big decision to make in the coming months because he won't want to do anything just before an election."

Yes, I have little doubt our warmongering leaders will take us to war with Iran -  and soon.

Rosie, I said this over a year ago. As you say the 'Arab Spring', got in the way, but the hawks in the US government have been drooling over the prospect for years. Israel's last enemy. But they won't find it easy, BTW!

This war has been on the cards for a long time. I don't know what Cameron thinks he's going to send. A couple of sappers on bikes? He's cut the defence budget and sacked half the military and now he thinks he can have another war?

Perhaps he'll form the First Chav Battalion and kit them out in camouflaged shellsuits and caps. They can bring their own guns.

As the documents from WikiLeaks showed, other nations in the area want action taken against Iran before it goes nuclear but they're unable or unwilling to do it themselves.

So what do you suggest?

I'm all for having plans to meet the various scenarios that might occur in the foreseeable future. Indeed, if we didn't have plans, which were regularly updated, I'd consider our leaders to be negligent.
I just hope we have a plan for the Falklands.
As for Iran, I disagree, I don't think that Obama has the guts for any action, which, I suspect, is why the Israelis are apparently considering pre-emptive strikes (if the media are to be believed).

It's not unexpected right enough DL but it's very imminent now I would think.

Yes it has been on the cards for years and now we're being publicly drip fed the propaganda to do with it.

Me suggest William? Let the other countries use their own military just like those in the middle east have done in the past months - or not.

Oh I think Obama's bunch have the guts EP but he's in a quandry because his election has unofficially started. He won't want to lose any more votes to the anti-war candidate.

So your suggestion, SR, is for Saudi Arabia et al to declare war on Iran?

Please tell me this is a joke!

Or at best a distraction by a nightmare scenario to take our eye's and minds off the toxic ponzi scheme of funny money.

Are things really so bad we have to reinstate war as the only viable funny money answer to a depression?

While I can't answer for the mental stability or sanity of leaders I'm fairly certain the Iranian's don't want to be nuked any more than we do.

Not at all William. My comment was referring to the lack of action from some of those who supported the Libyan operation.

I don't think it's a joke Crinkly. Since I wrote this much more of the MSM has reported it in a similar manner.