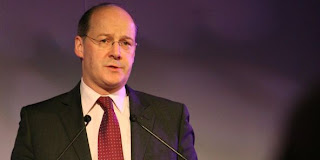 John Swinney, The Scottish government's Finance Secretary and the MSP with the largest majority in the 2007 Scottish elections, has decided Glasgow council's Aleo (arm's-length external organisations) payments will be stopped by legislation.  Glasgow is the only council in Scotland which makes the extra payments.

Last year the council was asked to bring the appointments and payments into line with the Local Governance (Scotland) Act, but they have failed to take any action.

Trade union leaders are meeting in Glasgow tomorrow to discuss plans to field candidates in next year's local government elections on a ticket opposing the 'snouts in the troughs' culture within the city council.  Currently some councillors with little experience can earn up to nearly £20,000 on top of a basic £18,000 per annum salary if they sit on one of the Aleos' boards.

The involvement of the trades unions will embarrass the Labour controlled council which introduced the system when under the leadership of the disgraced Stephen Purcell.

The Herald reported yesterday that in the last few weeks there has been squabbling over which councillors will take paid directorships, with the LibDem group successfully lobbying for more paid places and the ruling Labour administration removing SNP members from Aleo boards for criticising the system while collecting payments.

The council's five Green councillors, according to their representative Dr Nina Baker say they "have taken a principled stance on Aleos from the start and neither seek not accept any seats on their boards."  Why distance themselves?  They could accept a seat and refuse payment.

“This is cash for clowns, paid fiefdom’s for Matheson’s misfits. They’re more concerned about lining their own pockets than the livelihoods and welfare of their workers.”


The Labour administration isn't too happy either:


“It’s typical of the SNP to use government to advance party politics rather than making life better for the people of Scotland.”


Surely saving the people of Glasgow £200,000 would make life better for some of the population.

As soon as John Swinney is back in his Finance Secretary chair on 6 May, I expect he will give priority to introducing this secondary legislation.  May I suggest while he's at it, he considers a method of curtailing senior public service salaries?  We have far too many people earning salaries and pensions way above those they would receive in the private sector.
Tweet
Posted by subrosa at 20:17

Aye Tris. Council salaries have to be reviewed in the coming parliamentary term. The pensions are ridiculous.

They needed another source of income, when so many of them were being exposed for fiddling the benefit system.

Agree, though I seem to remember that there were a couple of SNP councillors happy to poke their snouts in the trough too...

It's fraud Crinkly, dressed up as remuneration for expertise.

I understand the few SNP councillors involved have been protesting about this for some time Allan. Perhaps if they'd continued to sit on their boards, but publicly refused their payments, they would have had a better moral stance.