The Ashcroft Poll and an Interesting Scenario 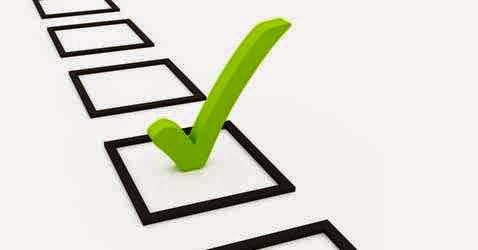 I’ve never given much credence to polls but the latest Lord Ashcroft poll regarding Scotland’s voting intentions has created quite a stooshie in the media.

The 'shock and horror’ if it was very evident on Andrew Neil’s face when he interviewed Alex Salmond on yesterday’s Daily Politics show on BBC2.

Whilst browsing through the newspapers this morning I noticed one commenter on the Guardian article - yes I do read that newspaper occasionally - wrote the following.  It seemed an paragraph of amusing nonsense when first read, but then it occurred to me that the commenter wasn’t wrong when he says ‘stranger things have happened’.  They have indeed.

1h ago
12
Well call me Mr Cynical but I'd be astonished if the Tories and Labour aren't doing a little back room dealing and discussing the merits of a grand coalition. It's not hard to imagine the speech in the rose garden a'la Cameron and Clegg but with Milliband and Cameron this time.
'In this time of instability, financial insecurity, global threats, Isis etc etc, we have both discussed the issues at hand and in light of the fact we both got approximately 50% of (English) votes we think that, and more importantly we think it's what the electorate would want, is that what Britain needs now is stability. Therefore myself and Ed have decided that together we will now form a Grand Coalition as we look to usher in a new era of Consensus Politics, a politics of common ground, shared endeavour, not locking horns but bringing the best of all talents together for the common good. The road ahead will be rocky and we wont agree on everything, but what we do agree on is the need to make Britain (England) great again.'
Flashbulbs and much jollity from UK Media ensues.
If you take time to think about it then it's probably the next logical progression for both parties. You would have various MP's squealing but if the English electorate went for it then they'd quieten down quick enough rather than lose their seats. Ukip would gain a few members, you'd probably get a new, far more left leaning, Labour party under a new name, and Scotland would declare independence within a decade, and that's being generous. England would become a one party state for the forseeable future, if it isn't already...
The reason that this isn't entirely implausible is because if the SNP wipe out Labour, or near enough, then neither party have anything to lose by excluding Scotland from the democratic process. Another part of the the logical endgame.
Stranger things have happened.
Tweet
Posted by subrosa at 09:55

It's simply not credible to claim the SNP will move from 6 MP's to 56. It's just not going to happen. It doesn't matter how many polls claim otherwise - the numbers don't stack up.

It's nice the Gnats now support polls, mind you. They spent 2 years before the referendum crying that polls were all wrong.

Why is it not plausible that the SNP will wipe out Labour? Labour wiped out the Tories in Scotland.

I predict 40+ seats for the SNP and if they hold the UK balance of power then God help England...

I must confess there is a mischievous streak in me which finds the prospect of the SNP holding the balance of power rather exciting.

Oh, I am sure it will never happen – the Westminster Tories and Labour will unite in selling their first-born if necessary before they let any Scottish oik hold sway.

. . . but politicians and commentators alike should be a little less dismissive of what is happening in Scotland, regardless of any poll – there is now a palpable and undeniable change in the mindset of Scottish voters.

There were over 2 million No voters, for one. These people haven't gone away - despite the best efforts of the Guess campaign to pretend they never even existed.

The SNP have never polled anything like the numbers required to win 56 seats.

There is the proven electoral difficulty in overturning, in some cases, huge majorities.

There is a hysteria about the SNP which is extremely unhealthy. We witnessed it in the referendum they lost where they varied from complete rejection of anything that went against their worldview to outright delusion about their ability to win. We are now seeing this in the general election campaign which means the problem is the SNP itself and the culture surrounding it.

The independence polls which always pointed to a No victory were always going to be right as they followed proven numbers. The Gnat vote always hovered around a third so a poll that lifts it around 40% or so is not that unbelievable - although the Gnats refused to believe it. Polls that have the SNP winning 56 seats out of 59 are basically demented and have no basis in the known political reality of voting intentions in Scotland.

Having speculated both on moving Parliament away from Westminster and the theoretical chance of Con-Lab Coalition one can only say anything could happen. Similarly because of the wonders of our first past the post system it is possible for an SNP wipe out of Labour in Scotland. Remember what happened to the Liberals after 1918.

As I said William I don't support polls and I think this one is exaggerated as you suggest.

But, and it's a big but, there is the possibility that the SNP will win many more seats than they hold currently.

The SNP aren’t concerned with England Dioclese so you should be quite safe. :)

I doubt if it will happen either JRB. Polls like this are usually red herrings, but as you say it’s quite exciting.

Certainly a general election night when I will get myself organised for a long night.

William, in case you’ve forgotten, there were many more people, who are not SNP members, who voted Yes in the referendum.

If it’s ‘unhealthy’ then the fault lies with other political parties here in Scotland. They’ve been too complacent for years not only since the referendum.

I had to look that up Demetrius so thanks for the history. :D

I don't believe that is the case, SR. I think the Yes vote was drawn from SNP voters, Green voters, other loony minority groups and a number of people who don't normally vote but were persuaded to do so because the SNP blamed the UK for their lives being a mess.

It is this latter group that the SNP are playing to by cancelling poll tax debts thus encouraging them to register for the GE - they can get their council tax debts wiped out by John Swinney at a later date. Vote SNP!

I've no doubt that the SNP vote will rise because the loonballs will concentrate their vote on one party whereas the No vote will be split amongst 3 main parties. However, this underestimates the strategy of tactical voting which will undoubtedly be employed by the No bloc.

It is sad that our country is now permanently split in two and will never be reconciled. I blame one party for this.

What is this near hysterical paranoia that is gripping the English simply because a few Scottish MPs may hold some political sway after the forthcoming election?

Today we have apoplectic Labour politicians screaming at Ed Miliband to rule out any future cooperation with the SNP; John Major wading in saying that any situation where the SNP hold a balance of power is “shameful”; and Max Hastings in the Mail launches a vitriolic anti-Scottish attack that is tantamount to ‘racism’.

Dear English readers, please relax, post election we are not all going to don our kilts and plaids and come charging south wielding claymores. Your green and pleasant land is still safe.
We really just want the same as you but with a soupcon; a nod; a hint of recognition that this nation that is Scotland may view things that little bit differently.

JRB I very much doubt there's any hysterical paranoia gripping the English - they are as amused by the possibilities as we are.

The paranoia on display is purely by the political unionist grunts and their toadies in the media for the status quo to reign supreme.

Nice Info! This is very nice post in which you shared a some knowledgeable things.