‘Parent’ Will Be A Defunct Word In Scotland 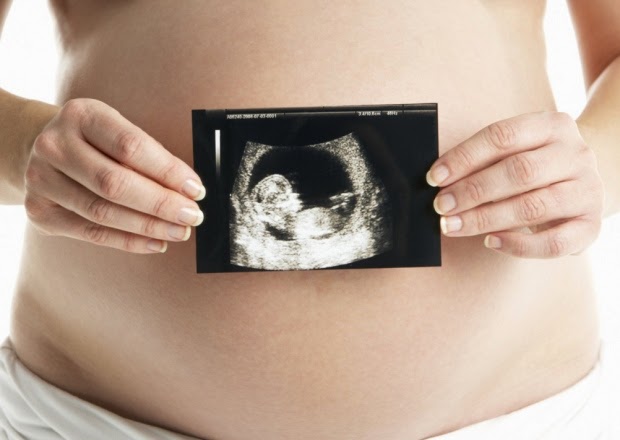 The merry-go-round continues its way gathering nonsense rather than moss.  Moss be be more useful than some of the Scottish Government’s policies which could well have dangerous consequences in the future.

The words ‘wife’ and ‘husband’ have been replaced by ‘partner’ these days more often than not and politicians - particularly Scotland’s politicians - seem determined to ensure ‘parent’ will be gone from Scottish society within a decade.

Paperwork concerning children now reads ‘guardian or carer’ and some of the  forms I’ve read recently don’t even bother to ask the relationship of the ‘guardian or carer’ to the child(ren).  I don’t suppose that matters now because the role of parents is so diminished.  Gone are the days when nobody, and I mean nobody, overruled parental opinion. Teachers had to spend time talking with parents to ensure approval was given for any change of itinerary, but no discussion takes place nowadays - with the exception of Parents Evening, which I am informed is really a tick box exercise rather than an in depth progress report.

We didn’t have Parents Evening when I was at school. We had a home register (a form of 5 day school diary) in which any teacher could communicate with a child’s parent.  The parent was expected to read the home register daily and sign on the dotted line to confirm the details (if any) had been noted.  If a parent was unduly anxious about a particular problem then an appointment was made to discuss it with the rector.  The system worked and worked well as a simple discipline tool.  No child wanted negative comments in their home register.

I digress.  Several times now I’ve written about the Scottish Government’s GIRFEC policy and argued against the case for a ‘named person’ - other than a parent - to be attached to a child from birth until they reach 18 years of age.

Now new guidelines issued last week states that the named person could be involved with families in ‘setting up planning and support’ during the last trimester of pregnancy,

This ‘named person’ part of the child protection policy has become completely Orwellian. As well any child born in Scotland from 2016 being owned by the state, they now want involved at pregnancy. Fortunately this would have to be done on a ‘non-statutory basis’ because unborn children are not covered by the Children and Young People (Scotland) Act 2014, but will that deter the Righteous who want to own us from cradle to grave?  I doubt it.

The NO2NP Campaign is running road shows this month. Unfortunately I missed the one in Dunfermline a couple of weeks ago and Dingwall and Glasgow are rather too far. It also has a ‘take part’ page on which helpful advice is given should you get the opportunity to write to a national/local newspaper or speak on radio.

I’ve written to my MSP about this twice and had no reply. That is most unusual.  Tonight I will write again and insist upon a response because this is the most dangerous legislation for parents.

If it goes through ‘parent’ will become a non-word is Scotland. Let’s get out there and do our bit to stop this happening.
Tweet
Posted by subrosa at 18:25

This is horrifying, makes me glad I am no longer living in Scotland! what are people thinking of that are letting this pass without protest. Has Scotland lost all its common sense? When I first read about this I simple couldn't believe that people would accept it.

The Named Parent scheme will at least reduce the unemployment rate. Be totally unproductive, and, cost taxpayers a fortune. I hope none South of the border will be expected to contribute. ;-)

Carol42, it is dreadful. The protestors are being stifled by those who think the SNP can do no wrong. Parents seem to have their heads in the sand. Very worrying for the future.

Joe, Westminstmer tried this last year if I remember, but it was voted down. Lucky Englnad.

Carol and Joe, in England,do you think named person status entrenched in Law could have changed the horror in Rotherham, for example? Could it save just one small life from serious abuse or death?

Subrosa, we are living in very different and difficult times re parenting and family mores from days past.It once was said that "it takes a village to raise a child", now people are reluctant,for various reasons. to become involved. This legislation is not perfect but it is surely altruistic in the cases of the innocent and vulnerable.

No doubt the politicians are introducing this legislation with every good intention.

Sadly, it appears we are now almost there at journeys end.

Always the excuse for everything if it saves one life. No I don't think it would the slightest difference in Rotherham when an army of social workers and others ignored the warnings. Many of these young people were already in care and allowed to continue their lifestyle by choice or coercion. The intentions may be good but it will just mean jobs for interfering busybodies. Appoint one for children at risk perhaps but not everyones child.I am glad I grew up when my children were MY children.

kailyard rules, I think this has far reaching consequences as I say in the post; not the least being the removable of parents’ authority.

Will it help protect the vulnerable? I very much doubt it.

JRB, almost there, but not quite. At times I’m quite content to be the age I am.

John M, many of us are doing our best.

Is it any wonder some parents behave they way they do when their responsibilities have been removed gradually over the past 30 years or so?

It wouldn't have made any difference in Rotherham as many of the children involved were in care and others came from families which had involvement with the Social Services.
As the rule of such people is "we mustn't be judgemental", they allowed the children to get involved as, according to their non-judgemental policy, they shouldn't criticise what the children were doing.

I may be wrong, but I feel that most people will not know about this until they fall foul of it and learn the hard way. Seems to have been no MSM coverage at all.
But there is the secrecy of the "court of protection". Seems only the governments are allowed to keep things private, or secret if you wish. And how do you comply with a law you are not aware of?
The lawyers will probably do well, not sure about the people who get caught up in this,or their children.

I can see some point if the prospective parent(s) have problems with drugs, alcohol or generally feckless, but none at all for good parents who take care of their children.

Thank you for returning to this subject.

The Scotsman article certainly made an impact - this information spreading petition suddenly rocketed:

This poster from Lanarkshire Girfec is not a new image to this blog but I make no apologies for re-posting it. Every parent in Scotland should have a copy of this through their letterbox!

It will make absolutely NO difference to the welfare of our kids considering it is the local authorities and governments that are the worst threats to the kids in this country - Scotland or England it does not matter.

What difference is this going to make when the Scottish Government is spending millions to cover up paedophilia - plus it does not matter which party is in power the Labour/Lib-Dems and Tories were doing it when they were in power as well as the SNP at present. Here is Scotland the SNP is putting up an "inquiry" into this just like the UK government to try and keep a lid on all of this and come out with the "result" they want.

People in this country are just as stupid and gullible if they think that things are going to be any different under an SNP government. Are they going to change the corrupt and fraudulent banking and financial system, legal system etc? No chance! The are dangling carrots in front of everyone based on peoples selfish greed and once they get enough votes for "independence" they will then be carrying out the Elites agenda of Scotland as a REGION of the United States of Europe. This named person is just the beginning :

Why do people want to transpose the corruption of Westminster to the SNP when there is little or any evidence to support this.
GIRFEC stands for getting it right for EVERY child.
If we all lived in green and pleasant England and Scotland, yes the points made would be valid.
Alas these are different and more dangerous times and any efforts to save the lives and welfare of our children should at least be given some breathing space.
Another acronym springs to mind.
How,about NIMBY