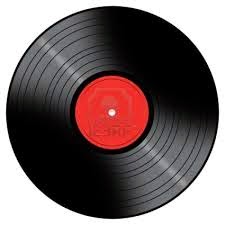 These are quality recordings sung by the original artistes and I thought worthy of sharing with you.

Turn up the speakers, click on a tune and enjoy.

Oh – the curse of the advancing years – I saw your image begin to appear on screen – the black disc with its red core – and in an instant I was transposed back more than sixty years – to Saturday mornings and receiving my weekly pocket money – a wooden threepenny.

No sooner was that coin in my hot little hand than it was off to the local sweetie shop to purchase some of those magnificent black discs with their red core - - - liquorice wheels.

So whilst the rest of you enjoy listening to the music, I’m off to Amazon to buy some of those black disc sweeties with their delicious red core that I haven’t enjoyed for far such long time ….

Thank you for that list. Although I think I have most of them on disc/tape/dvd/computer it reminded me to listen to them again.

Did you go to see Buddy? A great play/musical but I think no longer touring the UK.

Can you still get them JRB? Used to love unravelling the liquorice then reaching the allsorts type sweetie in the middle.

Good to know I’ve rekindled happy memories for a short while.

jimnarlene, I’m off to dig around on Youtube for 13 women.

Glad you enjoyed the selection and thanks for commenting.

No Tcheuchter, I haven’t seen Buddy and I don’t know anyone who has seen it. Will go and have a look at the reviews though - after I find ’13 women’ on Youtube. :D