Oh To See The Snowdrops! 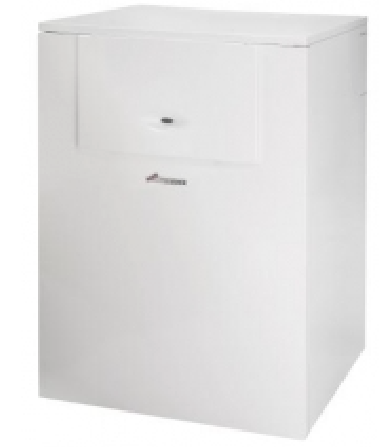 The last few days have involved the freezing up of my combi boiler and I confined myself to one room and an electric heater. Access to the desktop would have required hat, gloves, boots and all the other paraphernalia associated with sitting in a room temperature of 5 degrees so I decided against being superwoman and stayed inside my wee room in a sweat-breaking temperature of 13 degrees.

This isn’t the first time my 6 year old combo boiler has frozen and my plumber assured me on Monday, when he visited, that the cause was only low pressure.  Within an hour of his departure it juddered to a halt again and his response was that a heating engineer would be needed. (My plumber is now retired after a heart attack before Christmas but kindly came to have a look.  He’s no longer qualified to deal with gas boilers.)

My young heating engineer arrived about 8pm on Monday night, had a quick look and said “It’s frozen but not a lot I can do in the dark”.  He managed to get it up and running but wasn’t too sure it would operate for long. He was right. It packed in again about 30 minutes later and no matter how often I attempted a reset it refused. Thinking I detected a whiff of gas I turned it off and escaped to the comfort of my electric blanket and a bed topped with as many of these throw things I could find. I knew these throws would come in handy one day!

Isn’t it strange how the mind plays tricks?  It was impossible to sleep even though I was warm but the air I was breathing was very cold. My attempts at mind over matter were futile.

To cut a long story short the heating engineer came late Tuesday afternoon and lagged the outside pipes with 6” ‘this is guaranteed to stand up to temperatures of -25’ material.  My boiler is drained externally (goes directly through the wall) and when it was purchased Worcester Bosch made no mention of the possibility of the external pipes freezing.  They didn’t mention it either when it happened the first time but they suggested the external pipes be increased in size. This was done and they were lagged by the then industry standard.

Now it seems the heating industry do not recommend these boilers be installed directly outside and should be drained through an indoor outlet.

In 6 years the guidelines for combo boiler installation has completely changed. Prior to buying mine I did do my homework and telephoned the two companies which I thought had a product which would suit my needs. Neither mentioned freezing problems or they weren’t suitable for outside drainage.  Both sold the extras for such fitting.  Both companies were told the external pipework would be on a north facing wall and where I lived. Both stated their products would be fine for my situation and I now know that’s nonsense.  Who tests these things?

Anyway, it’s humming away here and I’m now cosy. Surely it’s time for the snowdrops to raise their wee heads and show the start of spring?

John Swinney has made changes to his Land and Buildings Transaction Tax I see. Will his £325,000 cut off for the new 5% cause a bottleneck in property values?  We’ll have to wait and see.
Tweet
Posted by subrosa at 09:24

Was it the condensate drain which froze & blocked-up, Rosie?

The Law of Unintended Consequences resulting from forcing everyone to have a 'condensing' boiler to gain a few extra % points efficiency gain to allay Global Warming.

In the mild South of England, a 'cold' night at -3C is usually followed by above zero day temp.

When nights drop to below -10 or so AND day temp never gets above freezing, there's no opportunity for the condensed water vapour your boiler produces, to melt. This backs up within the boiler, preventing it from operating.

You have my every sympathy and I’m delighted to read that normality has been restored.

Here in my little corner of the Highlands the ambient temperature has failed to rise above zero for almost a week. As a consequence the oil fired central heating has been continuously on at full tilt, you can almost see the oil levels drop with each passing hour.
Oil prices may be at a current low but there will still be a substantial bill to pay to replace the oil used. I fear that day of reckoning draws ever closer.

And there is one strange phenomenon; despite the central heating I still light a fire in the hearth, for it is only once I see the flames flicker and dance in the fire that I feel truly warm and cosy.

So if anyone out there wishes to do a bit of scientific research –
[1] Have we the elderly lost our ability to tolerate cold weather. As a lad I remember when the frost was on the inside of the windows.
[2] Is having an open coal fire really just a psychological effect. The thermal output must be minimal compared to a modern central heating system, so what is this ‘feel good’ factor.


In closing you make a brief political observation.
I must confess, with Lord knows how many weeks till this election I am already totally switched off from and tired with all the campaigning that bombards us.

“Where are the snowdrops?” said the sun.
“Dead” said the frost, “Buried and lost, every one.”
“A foolish answer,” said the sun
“They did not die, asleep they lie, every one.
And I will awake them, I the sun,
Into the light, all clad in white, every one.”
“It’s rather dark in the earth today”
said one little bulb to its brother.
“But I thought that I felt a sunbeam’s ray.
We must strive and grow ‘til we find our way”
and they nestled close to each other.
They struggled and strived by day and by night,
‘til two little snowdrops in green and white
rose out of the darkness and into the light;
and softly kissed one another.

[1] Have we the elderly lost our ability to tolerate cold weather. As a lad I remember when the frost was on the inside of the windows.

[2] Is having an open coal fire really just a psychological effect. The thermal output must be minimal compared to a modern central heating system, so what is this ‘feel good’ factor."

1. Thermal comfort has almost become a 'right', but (relative) prosperity has also enabled many to choose to spend money on the provision of that comfort. 50 - 60 years ago, not many houses had 'central' heating, insulated lofts, double glazing etc.

2. An open coal fire may be slightly more than a psychological effect.

It will give real heat output; and that heat is mainly radiative (like the sun). So, if you're in direct-line-of-sight of it, you'll benefit.

Open coal fires are not very efficient; most of the heat they generate is lost via convection current up the chimney. [In some instances they can have 'negative' efficiency. If there are other heat sources in the room, and the open fire is very on 'low' it can create a chimney draught effect sucking heat up the chimney!]

Enclosed stoves are much more efficient, because they provide convective warmth, and, minimise wasteful heat losses up their chimney.

If your main system is a boiler + radiators that will be far more efficient that an open fire.

The 'radiators' actually provide comfort via a combination of radiative heat plus convective heat. But note that because it's only hot water (at around 70 degC) circulating through the radiator, it's radiant intensity will never be as high as from the open flame (and more importantly the red-glowing coals at many hundreds degC) of an open fire.

Thanks @Joe - should have guessed there would be sound science behind it all.
Guess at my age I'm getting a bit weak and feeble and not so able to tolerate the colder winter days and nights

Two other aspects affecting the 'older' generations is that the heart's capacity to provide effective (heated) blood circulation diminishes with age; and, older people tend to have far less 'fat', which is an effective personal insulation.

You have my sympathy Rosa - the condensate problem were known but not appreciated prior to the marketing stage of condensing boilers - to the extent wags in the industry claimed their shut-down ratios would increase their eco/efficiency ratings.

Not an entirely new phenomenon when you consider steam trains used to suffer from iced up rails, But hey, why let facts distort marketing opportunities.

"Not an entirely new phenomenon when you consider steam trains used to suffer from iced up rails, But hey, why let facts distort marketing opportunities."

There's no comparison whatsoever between a boiler's condensate drain freezing, blocking then backing-up to the boiler heat-exchanger; and, an iced rail interfering with a steam train's operation.

The steam train simply vented any condense to atmosphere. In fact it piped the (hot -remember) condense deliberately onto the rails to help melt any ice. In the age of steam, and nowadays too, the major problem is frozen points.

Oh, and ice can coat the electrified rail, preventing modern electric trains from drawing power, an issue steam trains never, ever suffered from.

One has to be careful not to let facts distort criticisms.

You'd be far better off in England, especially in view of the future SNP dictatorship under Queen Nicola where every child is to have its own spy under the "named person" laws.
I spent a few months in the Lowlands working on a radar up Lowther Hill in winter - never again. The one in Devon was a far more enjoyable experience!

To Joe Public - I see; similar i suppose to the wrong type of snow and leaves we now have variables in the qualities of steam?
I suggest you get an irony transplant it helps minimise pedantry.