Nine Myths About The EU 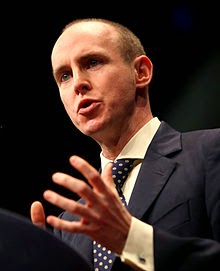 Over the years I’ve wobbled in opinion about Dan Hannan, but his recent article in Conservative Home is a definite must read.

Even the most pro-EU individuals cannot deny his sincerity.  You can read it here.
Tweet
Posted by subrosa at 09:05

I am old enough to have voted in 1975 to join the European Economic Community (EEC) aka the Common Market.
At that time I voted ‘Yes’ believing that the removal of trade barriers was a positive step that would bring benefits to Britain’s agriculture, trade and industry; and to a greater or lesser extent I still believe that a basic common market could be a good thing.

Over time the EEC has insidiously and dangerously metastasised into something completely different, and like any cancer it has invaded and endangered every aspect of life – from the food we eat to the welfare and wellbeing of our children.
The EU, as it has become, would have us meld into one giant super-state with all that that entails. Already it has a bureaucracy larger than any global entity that consumes our hard earned cash faster than it can be produced.

As I have said many a time and oft – the sooner we leave this monstrosity the better it will be for us all.

Hi SR.
It may be of interest as to how the EU came about,the idea came about as a survival mechanism when Nazi Germany realised they were losing the war.
http://www.prisonplanet.com/eu-federal-economic-government-proposal-mirrors-nazi-plan-for-fourth-reich.html
Sorry the link is cut and paste.
At the time the Germans were very dubious it could work.

Hi SR. I am in complete agreement with JRB, Cameron will do all he can to keep us in, we needed to be out yesterday. I do not understand why the Scottish Government wants to remain in the EU. We need to regain full control of our borders now, we should never have lost that control.

Well said JRB. I too was old enough but was resident in Europe so didn’t vote.

Thanks for the link Danny. Hope others read it too. :D