Our Justice Systems Are Puppet Theatre 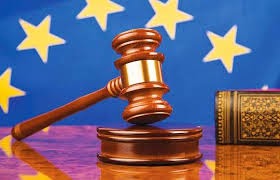 I don’t know how many of you have been exasperated at times with the heavy hand of EU Laws.

From lightbulbs, which are now deemed more dangerous to human health than the tried and tested incandescent type, to the inability of UK lawyers to deport foreign murderers, the Union rules.

Thanks to my fellow woman-on-a-raft blogger, I have found a document offered by the reputable Thomson Reuters.  Chapter 4 Page 36 - EU and National Law - which is well worth a read.

Nobody should be in any doubt that the European Court of Justice (ECJ) reigns supreme and that our courts - Scottish and rUK - are puppets.

Earlier this morning I was reading about another case in which a Ghanaian woman, who had murdered one of her children, had won her right to stay in this country because of the European Convention of Human Rights, Article 8 (the right to a family life).  To add insult to injury she has also been granted lifetime anonymity.

The Home Office is appealing against the tribunal’s decision, but what was said in their statement shocked me:

‘Through the recently passed Immigration Act, we are making it easier to remove people from the UK and harder for individuals to prolong their stay with spurious appeals, by cutting the number of appeal rights from 17 to four.
‘It will also ensure that judges deal with Article 8 claims in the right way — making clear the right to a family life is not regarded as absolute and unqualified.’

Appeal rights were 17? Is it any wonder the police are thought to be ineffective when they know, if someone is here illegally, they were able to appeal against any deportation order 17 times?  Now it is to be reduced to 4.  That’s three times too many.

Let’s not forget all these appeals are paid for from taxpayers’ hard earned money.

Nations should be able to set their own laws and not have judgements overturned by an anonymous band of lawyers in another country.  It was only a few weeks ago the Westminster Parliament closed ‘through lack of business’; in other words it’s more or less redundant.  Strangely enough the MPs were still paid, but that’s another issue.

Our justice systems are puppet theatre right enough.
Tweet
Posted by subrosa at 08:32

Strongly in favour of Scottish Independence but totally agin the EU and all the financial, administrative and legal tentacles it stretches out which impinge and suffocate our daily life and how we would wish to live that life.

And yet, the SNP will embrace the EU knowing that Scotland cannot, and will not rule herself following independence.

Law, economics, fishing, oil, lightbulbs, and ten thousand other things, the EU will, after November 1st 2014 reign supreme in all of these areas.

It is utter madness.

You say that Westminster is idle?

For interest, in 1706, Westminster managed to pump out just TWO pieces of legislation.

Some will say "Yeah, but they are just SI's (Statutory Instruments)" to which I will say, "Read the definition of an SI".

The 'law' machine continues to churn this garbage out. Whether the MPs are there or not.

I do hope so JRB. Have tried hard to let people see what’s happening but many seem to stick their heads in the sand.

It’s a dilemma here too.

Cannae disagree Ranty. Perhaps I should have said MPs are idle.

Thanks for the link. Off to read it thoroughly.

Will the people ever wake up to what’s happening? Scary.

Surely the 17 versus 4 is just the number of grounds for appeal?

I think an appeal panel/court would take a dim view of a series of single-ground appeals when they could and should have been put forward at the same time.

investigating a number of EU member states and their assumptions about whether the blind application of ECHR rules shows a discrepancy in our courts understanding and application or the absolute nature of the ECHR. I'm no expert in any form of their legal case law applications and I join many others in cringing at the apparent imposition of many alleged EU 'laws'.

I will try to get hold of a copy of the blog's recommended text which includes an entire chapter on the UK and the "notion of a 'shared responsibility'" related to ECHR.

Wouldn't it be ironic if the Scots voted to divorce the UK but stay in bed with Brussels, then England,Wales & NI ditched the EU.

What worries me is that the UK would appear to be the only place where one can have a "family life". How did this happen, and why are the EU and the UN doing nothing about this?

Since it is the 70th anniversary of D-Day, I think we need to review what Europe means.

The unfortunate truth beneath the remembrance is that the Cold War was already starting. The EU is an institution which grew against the background of that war, although it was NATO, not the EU, which has delivered the peace.

That war is over and arguably has been since 1989. It is time to think about what we need now. We need to think about which things are persistent - such as Scotland's national identity - and which are transient and should not be given over-importance.