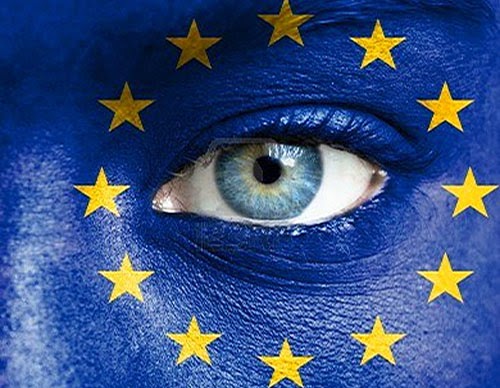 It’s nearly 30 years since Margaret Thatche signed the Single European Act with the vision of a single treading market by 1992.  In 2014 we do not yet have a genuine single market in the services sector.

‘Despite its achievements so far, the single market is not yet complete. Important gaps remain in some areas. Pieces of legislation are missing. And administrative obstacles and lacking enforcement leave the full potential of the Single Market unexploited.’

This enormous failure has cost the EU billions in economic growth and disproportionately affects the UK which has a huge service base.

Services account for 71% of EU GDP, but only 3.2% of this is from intra-EU trade.  The Department for Business, Innovation and Skills has estimated that the completion of the single market in services could increase EU GDP by 14% over ten years yet little has been done by the Commission or the member states to resolve this obvious failure.

The EU introduced a Service Directive which was implemented in 2009 but this goes nowhere near resolving the imbalance.

For some time I have regarded the EU as a political institution decided to ‘ever closer union’ with member states and the gradual - but inevitable - abnegation of sovereignty to an unelected and unaccountable supranational government.  It is not a ‘free trade area’ nor is it a ‘single market’, no matter what lies the British political class and the media shamelessly spread.

David Cameron likes to promote his promise of an In/Out referendum (a promise he has already reneged on once) and utters the word ‘renegotiation’ at every opportunity.  That would require a treaty change and any prospective treaty change would, in turn, require universal agreement among the other 27 member states.   This will not be forthcoming because there is no desire for a ‘new settlement’ anywhere outside of Britain.

Being ‘in’ means being wholly committed to ‘ever closer union’ of the member states and, eventually, the total abnegation of national sovereignty.  Being out means independence, sovereignty and self-government for the people, with all of the difficulties and opportunities they imply.

Those are our choices. One or the other - not both.

Born and bred a Scot I am nonetheless genetically one quarter French; as an individual I love Italy and all things Italian. It could therefore be said that my fondness for and emotional attachment to those parts of Europe makes me every inch a Europhile.

I have a total antagonism towards the hideous, megalithic political and administrative monster that the EU has evolved into.

Mr Cameron’s assertion that he is somehow going to change the EU from within is merely a flight of conservative fancy.

There should be a simple IN or OUT referendum.

I for one will most certainly vote that we get OUT a.s.a.p.; but rest assured my love for the near continent, its people and culture will not diminish.

But I now have another dilemma …

As a Scot I have long wished for Scottish Independence and that reality is tantalisingly close. But there is, for me, an insurmountable obstacle barring me from that objective – it is the SNP’s dogmatic insistence in tying ourselves to this monstrous and mindless entity - the EU.

The EU concept is actually a very laudable one. The idea of greater security and prosperity is one dear to everyone's heart but there is a great deal of difference between what the idea means in theory and how it has worked out in practice. When Margaret Thatcher signed up to the single market she had her reservations and she was right to have them as the EU has turned into a democracy eating monster. Like all forms of government it is wasteful, inefficient, corrupt and forever seeking to draw power to it's self. Germany and France have dominated the political agenda of the EU one to improve the marketability of it's products and the other to protect itself from fair competition (Wondered why France hate the Anglo Saxon way of doing busines? Well if you did not you do now). Between them they have forced the EU not to have a free and open market and by accident or perhaps design (the euro crisis) to force greater integration. To us ordinary plebs all we wanted was a free trade area but we have not remotely got that as the UK would threaten the likes of Germany, France, Italy and Spain and they would never countenance that. However they got our fish for nothing in return. The EU should have been strangled at birth or soon after when the true nature of the beast and in what direction it was dragging us was known. An in/out referendum is badly needed now before it is too late (although it maybe). Unfortunately for Scotland and the rest of the UK leaving may never happen. Scotland because if you become independent Salmon will take you kicking and screaming into the EU whether you want to or not. The UK because too many do not care, gullible to the siren voices of the europhiles or frightened by the scare and fear tactics of those very same europhiles. If we could have a rational, objective and reasoned debate on the merits or otherwise of EU membership then there is no doubt in my mind that the majority would wish to leave. However the europhiles are not going to let that happen as is normal in the political arena when those who put zealotry, ideology, vested interests and sinecure seeking above what is in the best interests of their countries citizens.

Our own vital interests
Britain, inside the community, will have every opportunity to make its views heard and its influence felt. When a government considers that vital national interests are involved, decisions are only made if all members agree.
No one nation can overide another
There is no question of Britain losing national sovereignty; what is proposed is a sharing and an enlargement of individual national sovereignties in the common interest.
Free movement of labour
Under the Community regulations, nationals of one member country may enter another to look for or take up work. The Community as a whole has been regularly short of labour. The Six have attracted large numbers of workers from outside, while the movement of workers within the Six has diminished. When we join, the pattern is likely to be similar.

Britain & Europe- A short version of the Government's White Paper - 1971

As delivered to every household - you were told!

I don’t the genetics have too much to do with it JRB, because you are like many of us.

Because we are Scots in culture and habit that doesn’t mean to say we can’t enjoy and appreciate others.

We are of a like mind on the EU. It boils down to the better choice with the EU involved - the status quo or independence.

The free market economy was a very laudable one Antisthenes but I remember, years ago, plodding through the excessive pages of the Maastricht Treaty and the writing was on the wall then. There was lots of hot air from politicians but those ‘in charge’ ploughed ahead.

Jim, national sovereignty has already gone as we know.

I didn’t get this because I was abroad. Would I have complained at the time? I doubt it because it all sounds wonderful doesn’t it?