Why Are Politicians So Hung Up On Sex Lessons? 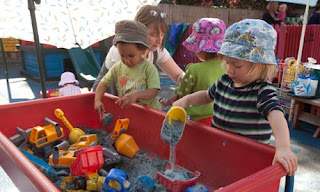 The number of pregnancies in girls under 16 in Scotland is higher than most other western European countries.  For all the money thrown at the problem it has failed to decline.

However, Holyrood's Health and Sport Committee, chaired by Duncan McNeil, thinks it has the answer.  It recommends that 'from the earliest age possible' sexual health and relationship education should be provided.  In theory the lessons could be taught in nursery classes.

The committee is also proposing children as young as 13 should be provided with contraception.

It's acknowledged the present approach has made little difference to the problem. Perhaps if the age for sex lessons was increased rather than lowered, there may be a chance for children to have a childhood.  Surely our politicians should be more concerned with ensuring every child leaves school numerate and literate.

I've put a poll in the side bar in case anyone wishes to express their opinion.

When I was at school the attitude of the teachers was that what you learnt should be used in your day-to-day life, and that you should take every opportunity to try out what you had learnt. The only problem was with Chemistry, when a couple of the boys tried making gunpowder, but that was the only problem that I recall.
Now we have sex lessons in schools, so is it any wonder that boys want to try that out as well?

Same here EP and it didn't do us any harm did it? In fact I think our 'ignorance' was a deterrent as well as knowing the full force of our parents would be upon us should we dabble too much.

EP, you've hit the nail on the head.

Maybe - just maybe - one day, these elected useful idiots will realise that modern 'sex education' is part of the anti-family Fabian agenda to subvert the youth, encouraging them to have sex to make them less likely to be able to form a stable life-long relationship later on.

P.S. I see some pervert has voted 'Yes' in your poll. Probably a politician!

A couple of years ago I had a 'Year 4' lad living next door to me. He used to sing lines out of his mum's favourite song at the time which was something like "let's have sex".

It was quite clear to me that he didn't know what it was about but whatever it was was exciting! He told me he couldn't wait until 'Year 6' when they would get to 'do sex'.

His mum's history included being abused by her mum's boyfriend, who had also abused her elder sister. She didn't speak to her sister because she hadn't warned her. She didn't speak to her mum because she denied that the boyfriend would do such a thing. By the time she was sixteen she had been put in care during which time she had had sex with at least six people. She had had an abortion and her two children had two different fathers. The second one's father was unknown because she had been drunk at the time.

Mum moved away to be with a man with two previous partners and with three children. So far the new relationship has been 'stable' for 18 months. I believe she wants better for her children but it will have to be a case of 'do as I say'.

It is all very well 'loving the sinner' but in so many areas we seem to celebrate the 'sin' too.

Where Oh where comes this perverse political logic which states that because the current policy on teenage pregnancy is patently not working that the answer is to encompass ever younger and younger children into ‘having a go at sex’ by supplying them with free condoms.

By supplying free condoms to 13 year olds, society is giving them the message that sex from the age of 13 is socially and morally acceptable. Is it?
And perchance should these kids forget to use their free condom – oops - will we now also be giving out free morning after pills to girls as young as 13, with or without parental concent.

And what of the Law? As it stands, a female under 16 years cannot give informed consent to sex. Therefore having sex with a girl younger than 16 is criminal statutory rape, with all that that entails.
Is Holyrood about to lower the age of consent to 13 (or younger), or will each 13year old be arrested for intent to commit a crime the moment they collect their free condoms?

Should our politicians not be questioning the reasons behind the current problem rather than adding to it with this ill though out proposal.

Maybe the question SR should be: How come the words 'politician', 'children' and 'sex' are found nestling together so frequently in the same story?
Seems almost like even the ones who don't actually indulge in child abuse can't keep their minds off the subject.

Sadly I think it just shows how little they know about how the Internet works. Mind, I think that is true about nearly every subject that crosses their minds. (Could it be that all these 'issues' just bounce between a select few 'journalists' and the newsworthy politicians?).

Re the question in your heading. Because they have so much hands on experience?

Teach kids the theory and they will want to put it into practice. God help us when they discover that how to make an Atomic bomb can also be found on the internet.
But what no one seems to have discovered in all the history of this dirt ball is how to teach politicians morals, morality and common sense.This is one area in which we have not succeeded.
One can see the problem when we contemplate the saying,"An honest politician is one that stays bought". "We have the best politicians that money can buy".
Are morals/morality and politicians
mutually exclusive?

Sadly I think the old definition of family no longer applies in these islands Stewart.

What a sad story Jim and one which perhaps isn't too unusual these days.

I just can't get my head round this JRB. Are parents going to sit back and not protest? Surely there is still a majority which is aware of the damage these policies are doing to children.

I couldn't answer that Demetrius. :) What I would say is that I doubt any MSP would be encouraging their 13 year old son to have sex (with the free condoms of course).

Seems that way Apogee doesn't it?

Are parents going to sit back and not protest?

Sadly, I think most parents - from all walks of life - are now so wary of the authorities that they are reluctant to risk stepping out of line and drawing attention to themselves in this context.

" Surely our politicians should be more concerned with ensuring every child leaves school numerate and literate."

Isn't it so frightening we've become a 'sheeple' society Macheath?