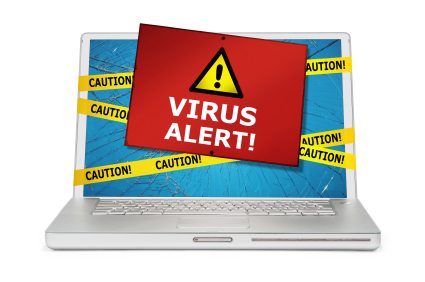 One of my informed readers suggested I should advise you of a couple of virus threats.

For those who use smartphones for more than phone calls and texts this may interest you.

For all of us who use computers TechNews lets us know of the latest malware.

I have never used online banking because I've never been convinced it's entirely safe but I do my fair share of shopping on the internet.

We can never be too careful so perhaps it's time to review your own online security.
Tweet
Posted by subrosa at 09:37

I use some internet banking but I don't like it and, like its cousin, telephone banking, I'm not too sure that we really 'need' it as the culture it breeds is surely 'bad'.

Personally I wish there was a bank that would keep my money safe, pay me a decent return on savings and pay out on my bills by Direct Debit and leave me in peace.

I don't need to know instant by instant my balance but it is frightening that there are customers that obviously do and for whom 'text alerts' are vital. Budgeting! Quite simple.

I have some money in an internet 'term' account. Every year I move it into a new term account and every year I curse because my 'login' is 'in suspense' because I haven't used it at least six-monthly. What part of 'term' don't the bank understand?

Perhaps it is all designed for maximum customer inconvenience so that the banks can create a 'relationship' with its customers, i.e. sell them something.

As to computer security, well that is another scam. To borrow the old Irish joke, "I wouldn't start from here". A secure computing system would start with the 'walls' and the few necessary 'doors' would be locked and guarded. Sadly the slap-dash approach to software design and the culture of 'tweakability' means that it is the 'walls' that are put in as an afterthought.

I'm convinced there is a cultural element here. When Wi-Fi started it was pretty clear that US opinion was, "Great, I can road-trip across the USA and still be online thanks to all these 'neighborly' open networks". Only later did 'security' become a worry to them.

I have been fortunate not to have suffered a serious cyber attack on my home computer. There have been a few Denial of Service attacks, wnich are just mindless vandalism.
Anti-virus programs are useless; they just maintain a list of known threats, and charge you to update the list. They have no capability to predict or detect new threats.
Myself, I think hackers are a good thing, but that's another topic.

I appreciate you & your 'informed reader' considering the rest of your readership, so Thanks.

Of course, those who choose to add to Cupertino's $Trillions, can safely ignore any request asking whether a user wants to allow the "Windows Command Processor" to modify its computer.

I this the same bug that has just kept me in the bathroom for two days?

Auch Jim, the wonderful selling system of banks. Some years ago my bank sent me a letter saying the manager wanted to see me and to make an appointment asap. I panicked of course and did what I was told.

Had to take an afternoon off work I remember, just for the 'interview'. When I got there, low and behold it was someone half my age sitting behind a computer. He started to ask about insurances etc. Suddenly I realised I was being given a sales pitch and I was so furious - I can't tell you. After many months of venting my anger they sent me £50 as a 'goodwill gesture' for the 'misunderstanding'.

I'm sure you're right but I admit these hackers who put these viruses on computers are becoming very clever.

I've been reasonably fortunate Hamish although I think I did get something on my old iMac and just couldn't find it.

I'm much more wary now and download nothing from sites I don't know.

With your iPad Demetrius?