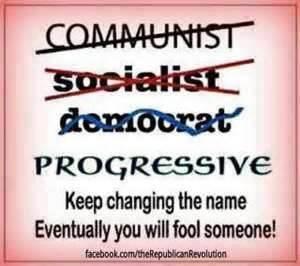 So there we have it. The Libdems kept hold of Eastleigh with UKIP coming a close second.

Nowadays there's nothing between the Tories, Labour and Libdems.  The imagine sums up politics today.
Tweet
Posted by subrosa at 08:55

I paraphrase but that's basically what he said.

Politicians from all three "main stream" political parties have been proven to be liars, so I say, give UKIP a chance.

When I was a wee lad, didn't the Conservatives in Scotland use the 'progressive' label?

What we need is someone to offer us 'change'. It worked for Obama. Problem is nobody knows what it means!

Obama did @JimS it meant change for the worse.
What we need is a political party that's good at doing very little, simply enough to keep us defended, the borders safe and the lights on. Anything else just leave to people to get on with.

I'm not sure voting for UKIP because the rest are crap is a good idea, they (UKIP) make good sound bites but I'd be suspicious of their actual intent. That said, if I was resident in England, they'd probably get my vote, they'll not be near the levers of power any time soon.

Some daftie (A Labour MP I think) was on Radio Scotland this morning comparing Farage to George Galloway and Alex Salmond, he said these were merely protest votes for politicians who are only popular on the back of a single issue protest.

Which is a bit galling since Salmond still enjoys ratings higher than any other leader in Scotland and has done I think for the past 5 or more years.

As for Galloway, at least he has principles, even if he does have his head quite far up his own fundament.

I also don't believe the Westminster parties know what social democracy is, I'd rather have principled belief over zombie politics.

"Nowadays there's nothing between the Tories, Labour and Libdems."

… and so it has been for a generation or more

… and so it will be for generations to come

… or until someone or something comes along to break the now monotonous mould.

There is so little difference between the three main parties that it doesn't really matter whom one supports. Osborne is still borrowing like mad and following the socialist policies. Cameron wants gay marriage, more taxes on alcohol and other trendy policies, but seems incapable of getting a grip on the NHS and the treatment of the elderly in care, things that worry many pensioners.
Many are likely to vote for UKIP simply because it is becoming the country's only right wing party and because they take the view that it's time for a change, so let's give them a chance.
Look how many voted in Italy for a comedian simply because he was not a politician and was opposed to the existing parties which had all let down their country.
The three main parties here have had their try, time for a change, it can't possibly make things worse.

UKIP is very pro-Pentagon and pro-Israel.

I get very afraid when people start describing the Tory party as left wing.

Well I think he's on the button Dioclese.

Well I think he's on the button Dioclese.

Don't know much about the individuals involved Joe but their policies have stirred something in the south.

The SNP offered us change if you remember Jim, yet nothing's changed. Still independence in Europe etc.

Well said QM but of course none can guarantee any of these 'simple' things because they have no power. It lies with Brussels.

Possibly I would too pa_broon given what choice England has.

Auch there are so many with an opinion about Alex Salmond who know little of what goes on up here.