Should Our Military Have Their Own Hospitals? 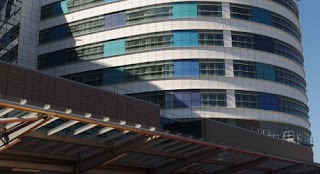 Another British soldier, who was wounded in an explosion in southern Afghanistan last week, has died in hospital in Birmingham.

He belonged to 33 Engineer Regiment and was seriously injured by an IED on the 11 April.

His death comes less than two weeks after Corporal Jack Stanley from the Queen's Royal Hussars (The Queen's Own and Royal Irish) died at Queen Elizabeth hospital of injuries he sustained in another attack.  A total of 409 members of UK forces have died in Afghanistan since the war began in 2001.

Although the Royal Centre for Defence Medicine has won numerous awards for the work they are doing, 13 servicemen, injured in Afghanistan and Iraq, have launched compensation claims against it.  The group is claiming they received below-par treatment and in some cases were misdiagnosed.

Legal experts said there was a gap between the world-class care frontline soldiers receive on the battlefield and the aftercare they get.  There appears to be a weakness in the psychiatric care available, but that's not surprising because throughout the UK standards of psychiatric care vary widely and many people in need of help have to wait months for help.

A retired psychiatrist friend told me a few years ago that, although he had never treated a serving member of the military, if he had been required to do so he would have found it difficult because the trauma of serving on a front line is far more complex than most mental ailments. Mental illness is still a taboo in our society, even though one in four experience it at some time in their lives.

It's the UK government's shame that they refuse to provide a military hospital where medical services are provided under the same roof. Then psychiatrists and psychologists would be able to work closely and quickly to help those with problems. The excuse politicians make is that military-run hospitals can't match the specialist care provided by NHS hospitals, but that can easily be refuted by those who have experienced both systems in the past.

When the Duchess of York military hospital opened in Catterick in 1976, it was decided to make the services available to civilians as well as the military and their dependents.  It was a small hospital but quickly gained a reputation for excellence. Civilian patients were prepared to travel from all over North Yorkshire to receive treatment. Because of its size there were limits to what services were offered but the medical and nursing care was second to none.  Sadly that hospital no longer exists.

Perth Royal Infirmary is an NHS hospital. Compared with Ninewells Hospital in Dundee it is small and services have been gradually reduced over the years. Specialist care (in a few clinical areas) is available but mainly specialists visit from the larger teaching hospital twenty miles away. The lack of resident specialists does not diminish the quality of care available.

If I thought politicians would be more considered in their decisions to send our troops to war, I would not be suggesting the country should have at least one military hospital.  Few of today's politicians have the foresight to assess the hidden damage of recent wars.  Their grandchildren will see the results though.

I think the Tories, under John Major, closed 8 military hospitals when I was in the Forces. He also scrapped many local regiments with hundreds of years of history which didn't fit with the new CFSP.

Psychological problems are now mainly dealt with by the charity 'Combat Stress' who reported a 10% increase in referrals since last year and have nearly 8,000 cases..

You're right RM, the tories decreed the closure of military hospitals.

Combat Stress can't handle the number of referrals they have. I've tried to find out information from them but they refuse to provide it. Not very transparent considering most of their income is via the MoD.

The Forces used to have hospitals for each of the 3 services. I was born in the Princess Alexandra RAF hospital at Wroughton, nr Swindon, more years ago than I care to think about. My mother worked for a GP as a practice nurse, and he got her admitted to the RAF hospital to have me, which was used to relieve pressure on the NHS. It was generally considered to be a better place to be treated than the nearby NHS hospital. I think it closed at some point in the 90s.

Rosie,
There are specialist military hospitals in the USA - healcare is one of the main reasons why many Americans enlist, the other being subsidised education. Despite that there are medical negligence claims over there.
The problem is that doctors and nurses are human and so will make mistakes and contingency fee lawyers will chase the ambulance. What's needed is no fault medical compensation as in New Zealand. It's not perfect but it's a start.
Finally, the small size of the Armed Forces now compared to their Cold War peak does not justify a separate NHS within the NHS. Far better to integrate servicemen and women with their fellow civilians as that will also minimise the culture shock and inability to readjust to civilian life that sadly affects many former soldiers - homelessness and isolation often result when people have to look after themselves again.

Whilst there would be undoubted benefits of specialised military hospitals, they would be few & far between. (That presumes there'd be more than one.)

Consequently, many patients' families would have to travel considerable distances to visit. Fewer or shorter visits would lower the patient's morale, and so not help with recovery.

I'm with you on this on SR. The care the military receive after being wounded would be best served in specialist military hospitals.

Surely a hospital within each base would be a reasonable starting point. Also the care and support provided for the rest of their lives is shocking and seems to be based on charities doing it rather than the state which they fought for.

A small percentage of the cost of procurement failures by the military leadership would provide a much improved service and care for the wounded.

Better yet would be to stop fighting in wars unless we are directly threatened.

I realise there will always be medical negligence claims these days, whether from the military or civilians Brian, but I do think if we're going to engage our troops in wars as we've been doing for the past 10 years, they deserve their own medical facilities.

Can't disagree with you about the New Zealand system. It would be a definite start.

A military hospital in not an NHS within an NHS. The style of training is very different. Ask any military nurse who has perhaps worked in a civilian hospital. One will be hard to find of course these days.

I don't think the majority of problems the military have is to do with looking after themselves. Most do a good job of that. It's their job's lifestyle which can cause the problems. Moving regularly at very short notice, being left without decent accommodation, having to retrain intensely for another job because there is a shortage in another regiment/ battalion.

Most of their problems arise because their families can't cope with it and that leaves the soldier isolated.

I could go on.

Joe, as it is at present families have to travel to Birmingham. Same difference.

Back in the 80s there was a wonderful all purpose military hospital built at Woolwich. Superb facilities and, when necessary, use of the best specialists in London. That too was closed. The waste of money to the taxpayer must have been massive.

Within each large base there is a medical facility - or there used to be. In many of the large bases there was also a dental facility.

When I was in Germany I broke a back tooth and was fortunate enough to get a British military dentist to fix it. It has never caused any problem in 37 years.

TT, I've kind of answered you in my reply to Joe.

What must sadden those medics at the front line is that their standard of care is not being carried out here at all times. Under military discipline that would happen very seldom.

That's right Sobers, but each service also treated the other two should the need have arisen.

I think Wroughton closed a few years before DoY in Catterick.