Does Scotland Need Another Voice? 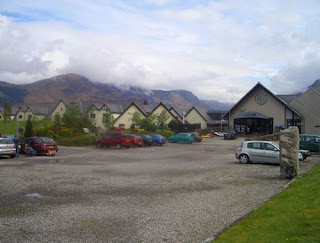 Image courtesy of here
Last week the Scottish parliament quietly progressed with another of their manifesto promises. In its 2011 election manifesto the SNP made a commitment to take forward proposals for a Rural Parliament.  The commitment was reaffirmed in the SNP's 2011-12 Programme for Government.

One of the main characteristics of the rural movement is that they were usually established to 'give a voice' to rural people and to act as a forum through which to engage with policy-makers and politicians. It was found Rural Parliaments usually meet every two years and each meeting tends to last two days (although this ranges from one to three days) and involves a mix of workshops, plenary sessions, exhibitions, visits and time for networking and socialising.

Finance is drawn from multiple sources including the public, private and third sectors.

The study suggests that around 300 participants seems to be the ideal number and an event held over 2 days will enable plenty of networking opportunities. The event should be a dynamic celebration of the culture, food, music etc of the local area or, as an alternative, a high profile national venue, such as the Scottish Parliament, could host it.

It also notes that 'it can be useful to engage well-known and well-respected individuals (such as former politicians or sports personalities) in driving the process forward and in raising the profile of the event itself.

I live in rural Scotland and at times, when I listen to Westminster and Holyrood politicians, I wonder how many politicians realise the problems (and benefits) rural living can offer. Last week I listened to Patrick Harvie being interviewed on Newnicht about the now-not-to-be tanker drivers' strike. He mentioned that in 20 years time moving vast amounts of fuel would not be happening because people will have moved away from petroleum consuming vehicles to electric ones.

Having available transport is an essential part of living in a rural area. Nobody expects a public transport to meet their every need, but will the countryside of Scotland - or the rest of the UK for that matter - be awash with electric cars in 20 years time?  I think not.

Would a rural parliament be another talking shop or would it be set up in such a way that it would - not could - give the ordinary rural dweller a say in the government of the country? If the representatives are to number around 300, I would think they would be the 'usual suspects' such as the NFU, Tourist Boards, the Scottish Countryside Alliance etc. They already have strong voices and easy access to Holyrood so is there any need to pay for another platform for them?

If rural folks are having a parliament then I would like a city parliament as well.

To be honest, it sounds like one of those things politicians say because it sounds quite good and pleases a vocal minority.

(In fact, I'd be suspicious becuase it sounds like the kind of thing the dreaded Young Farmers Association might jump on, an organisation I have a pet hate for.)

I quite agree Subrosa “it could well be another NGO and that would be of little benefit to rural communities and an expense taxpayers could do without.” This is another example of the Scottish Government falling over themselves to prove their EU credentials. This would be another level of governance which would get direct access to Brussels and eventually bypass the present governance system just like the City Regions are now doing.
You are also right when you say “they would be the 'usual suspects' such as the NFU, Tourist Boards, Scottish Countryside Alliance etc. They already have strong voices and easy access to Holyrood (and Brussels) so is there any need to pay for another platform for them?”
There might be a few token representatives from the rural communities but more likely the “usual suspects” would be in the majority. I wonder how much representation from the renewable companies there would be in there, when the vast majority of the people in rural communities are now rejecting Salmond’s Turbine Mania and the destruction of our rural countryside.
WE the taxpayer are the ones who would be paying for this extra layer of management and admin staff, which would then be trying to justify their existence by micro-managing the people just like those in Holyrood, Westminster and Brussels try to do now.

A 'voice' is always welcome in a democracy.

But it must be the 'voice' of the people, not politicians, NGOs or celebrities.

On the contrary they should not run it but be held to account by it.

To be fair the countryside does need a voice of its' own, and not one that is skewed by townies and their disney inspired "land of fluffy bunnies".

All that I really need, is for just one of the above to actually serve my interests and not their own self-interest.

I look forward to adding a Member of a Rural Parliament to my ever growing list of representatives with as much enthusiasm as I would greet root canal treatment.

"but will the countryside of Scotland - or the rest of the UK for that matter - be awash with electric cars in 20 years time? I think not."

Given that the countryside will be awash with wind turbines to satisfy the greenie/spiv alliance, it will probably be compulsory to have an electric car plugged in to the grid at off-peak as a way store surplus before it is uploaded to the grid and sold at inflated prices to English consumers. The same will apply to English drivers, except their stored electricity will be sold back to them.

Oh, I've no doubt the Young Farmers will be part of it pa_broon.

They used to put on good annual dinner dances years ago though. :)

It's becoming wearisome this adherence to the EU Peter and you're right, it would bypass the parliament and go straight to the head honchos there.

Well said Crinkly. Now if I though people like you and me would get a chance to voice our opinions I would be all for it, but it's not going to be for us.

My local councillors, MSP and MP all understand rural living Sandy and I don't think I need more.

Ah JRB, spot on as usual.

Brian, you'll give me nightmares you know.

As far as I can gather, it's not an EU directive RM but a 'suggestion'. If I find out more I'll let you know.

I had a spare 10 seconds SR so yahoo'd 'rural parliament EU' and got this small pdf file..

If you can be bothered.

Oh and the same EU drones keep turning up. Like a bad smell.

I didn't get that when I googled. The front page was all about Sweden etc. You must have a direct line to EU info. ;)

Seems a bit like CP is in there with the Leader stuff RM. Another post is on the cards.