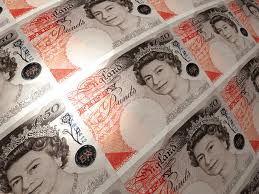 Sometimes I need to be reminded how many people manage to cope with debts they cannot pay.


Since the economic collapse I thought people would realise the dangers of borrowing but the opposite appears to be happening. Companies like this have sprung up and interest rates can reach ludicrous levels, yet people continue to borrow.


Here are some striking numbers of UK DEBT Statistics from Credit Action :
Individuals currently owe nearly as much as the entire country produced between Q2 2010 and Q1 2011.
£248,500,000 is the amount that the Government Public Sector Net Debt (PSDN), including financial interventions, will grow today (equivalent to £2,876 per second).
With 97% of money issued as debt, in order for some individuals to be debt-free, others must be in debt.
This creates a situation where we are all fighting in effect to ‘keep our heads above the water’ – to avoid being the one who falls into debt.
However, it is mathematically impossible, when all money is created via banks making loans, for the public as a whole to stay out of debt. If you manage to stay out of debt, it means someone else has to sink further ‘under the water’ in order to maintain the money supply.
In contrast, when we would create money debt-free through the Bank of England, we could:
We can remove banks’ power to create money, and use that privilege responsibly for the benefit of society and the economy as a whole.
Tweet
Posted by subrosa at 09:41

Yes that's true OR. That's why the culture has changed and it will take generations before people achieve common sense.

Can I suggest that as we already own three banks, nationalise the rest.
Then nationalise the Bank of England,which is still currently by sleight of hand a PRIVATE company and what you would like to happen , just might have a chance.
But we would have to get out of the EU and be prepared to play hard ball for a very long time, and do you really think we have ANY politicians,never mind a government to do it? Sorry, but the financial system and the political system is rotten to the core. Look at the history of the American Reserve bank and how that was taken over,Can any one say that the whole shooting match is not run by criminals,or worse , incompetent criminals. We have the court records of the ones we have caught,we just haven't got the rest yet.

agree with Apogee, unless we print our money debt free we will continue in this spiral of manufactured debt by the ruling [criminal] class. bill still is a good source for info on what to do.

best thing I ever did was declare bankruptcy, funny how you can get by without a bank

On the Edge with Steve Keen

Democracy is a sham when governments are controlled by the financial oligarchs.

Then laws and acts of legislation, sovereignty of monarchs, parliaments or peoples are merely methods of exploitation and containment.

It's the 21st century version of serfdom and most Western Governments are choosing to bond their citizens into it.

Yes you can suggest that Apogee and you may well be correct.

Getting out of the EU is the only way Scotland will look after its own affairs. iceland isn't doing so bad now just a few years down the line.

dognamedblue, I use a BS rather than a bank. Since the collapse I moved my pittance out of one of the big boys' playgrounds.

Thanks for that CH.