A Welcome Contribution To Scotland 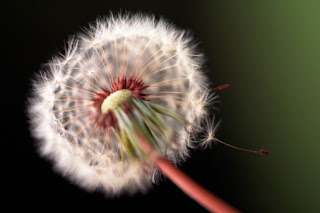 Autism and Asperger's syndrome cause a multitude of problems, not only for the sufferer, but for their nearest and dearest.

Many years ago now I met, through the course of my work, a 12-year-old boy who had severe difficulty communicating with his peers. His parents were frantic for help and because little was understood about autism at that time, they spent energy blaming themselves. I've no idea if they found suitable help but I'm sure they would be delighted to know of recent developments in this field.

There's a heartwarming story here of how the technical director of a Danish communications company wouldn't take no for an answer from professionals and set up a company which hires autistic people and places them in projects.  Already he has offices in Iceland, Switzerland and Scotland and plans to open an office in Germany this year.

But, like many problems, by far the best way is to tackle them early and it's pleasing to note the Scottish government, along with COSLA, have invested £13.4m to help those diagnosed with autistic conditions.

I wish Specialisterne Scotland every success here. Their projects are mainly associated with the IT industry and that can only grow.
Tweet
Posted by subrosa at 19:44

Youngest is mildly Autistic, diagnosed early, had help from school for his Dyspraxia which has brought benefits. I started digging around as he approaches the end of primary. I came across Kid can Succeed, they use a music therapy that enables the Dyspraxic brain to refocus the mind on the body's centre.

The results have been both encouraging & fascinating. I pay for it myself as I'm fortunate enough to afford it and not rely on the state, although state help is available, but my choice.

He really enjoys Lego & reading as a result and at 11 he is reading The Hobbit, which is something I never did! He is loving, caring & I see a difference in him which leads me to believe he will go in to reach his potential.

Companies such as this give me faith in humanity & offer some Autistic kids a life without limits.

Great comment Daisy and it's wonderful to see that no longer as these children left to dwell in the 'can't do a thing for them' box. That's what they were labelled 30 years ago sadly, but there have been pioneers who have broken the barriers.

Dare I say, if they'd had a problem with sexuality they wouldn't have had to wait nearly so long. A very un-PC remark I know.