A Life-Saving Device Which Is Too Often Ignored 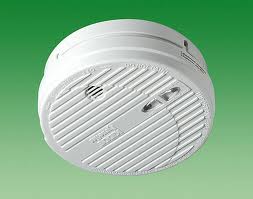 How often do we read or hear of homes not having smoke alarms?  Only yesterday the Courier reported yet another blaze in a Tayside home; this time in Perth.  The occupant was lucky. Although he had no smoke alarm he was rescued by his neighbour.

It's distressing to know that smoke alarms are issued to all homes in Scotland along with a free Home Fire Safety Visit - yet people don't claim them. Some fire and rescue services in England offer a similar service.

Often we hear that smoke detectors were present in the house but the batteries had been removed - possibly because the occupants found the noise irritating, or didn't replace batteries when needed.

Why do some people treat an inexpensive, vital piece of life-saving equipment with such disdain?  Are our schools not teaching young people about the dangers of fire? Perhaps we need a public information film shown on television before Albert Square and in the break of Coronation Street?

Recently, across Scotland there have been a number of fires which have caused fatalities according to Perth Fire Station manager Neil Kerr, who also stated fires are often attributed to a combination of cooking and alcohol consumption.
What people do in their own homes in their business, but they also have to take  the responsibility of being a good neighbour. Fire can destroy not only the home in which it starts, but others around it.  The person involved in the Perth fire was very fortunate he had a good neighbour.

I don't believe in a nanny state, but maybe it's time the government insisted every home had mains-powered alarms. They may be costly to install but nothing compared to the loss of lives and the damage fire does to properties. Another benefit of mains-powered devices is that they don't require regular testing - a boon to those who may have difficulty reaching an alarm.

Am I over-reacting?  Having witnessed a serious house fire when I was young and the damage it can cause to humans, pets and buildings, I think not.
Tweet
Posted by subrosa at 09:21

I really don't think it is too much to ask to have better alarms with lower false alarm rates and better sounders. The good practice on alarm design has been around for a long time and domestic smoke alarms don't meet it.

I prefer the battery powered smoke alarms SR. I've had mains powered and it just added more problems. Especially with the new regulations insisting on only 'accredited' electricians authorised to inspect wiring in case of a fault. Another scam to make money out of us.
And you still need a back up battery in case of power cuts ( which will become more frequent as we switch to windmills and dangerous biomass plant - see Tilbury fire). The battery needs replacing regularly and it's a pain when you burn the toast and can't just pull out the battery until the smoke clears. Mind you my alarms go off when my toast is just right for me so it shows how sensitive they must be these days.
Oh and these fire service inspections are good but they left alarms where you couldn't change the battery. It was a case of changing the unit which was odd. The battery was sealed in.
So no it would be an expensive nightmare to bring in legislation although if the EU insisted then it would have to be done.

The batteries in my smoke alarms always run low in the middle of the night (presumably because it is colder). The alarms then drive me spare by beeping every minute until I get up and deal with them.
A solution to that would be helpful, but I am reluctant to move to mains-powered ones.

Recently I had an overwhelming craving for a bacon sarnie.
Overdid the bacon slightly and set-off the smoke alarms.
Immediate reaction was to disconnect the batteries.

Completely forgot all about re-connecting – till now.

So a big thank you is due for your very timely post.

As others have noted there is a design problem with these alarms. We had one in the kitchen and it went off every time the grill was used. The one in the hall does the classic - starts beeping in the middle of the night when the batterly is low - so it gets removed and forgotten about.
But that said we have no children in the house and a single story roof under the bedroom window so I would be going that way!

I had some of those ones that you plug into a light fitting and they charge themselves up from the mains.

Until the batteries got to end-of-life and there's no way to replace them.

To hell with that: they went in the bin - where they beeped incessantly for weeks, until I got them out of the bin again and put them in a bucket of water.

As a cheap detector, the manufacturer of which has no idea about the ultimate siting, they have to be relatively sensitive.

If they go off when toast etc is burnt, it proves they're doing their intended job.

Also, the middle-of-the-night prompting. It's a safety device. Who'd not be the first not to sue, if a freebie was fitted by the Fire Service, and a nighttime fire occurred, yet the alarm didn't go off?

The saying "You can lead a horse to water, but you can't force it to drink." springs to mind.

Brian, how can you say that when they are all marked with the CE standard? :)

RM interesting points. I've only ever had battery powered devices but thought the mains powered ones would avoid all the problems. Obviously not.

I suspect they supply them with fixed batteries to avoid the battery removal - the cause of many fires being fatal.

Maybe we need to provide free replacements too then? I don't know the solution but there must be one somewhere.

Mine too Hamish. Getting the ladder out in the middle of the night isn't much fun.

JRB, I'm delighted the post has been of help to someone. I wave a tea towel under mine when it (the one outside the kitchen) goes off and that seems reasonably successful.

Can be hard on the arms though. :)

It's important to have them though Woodsy because they do detect smoke much earlier than we would.

I don't think I could climb through a window these days, but who knows what you will do if it's a sake of life or death.

Now that is poor WY. I think I'll write to my local fire officer and ask him to read your comments, along with others. As Brian said earlier the technology is out there to make a better piece of equipment.

Good points too Joe. Last time I replaced one I found myself confronted with too much choice. Maybe they should be standardised in some way - like light bulbs used to be.

Auch I'm asking too much.

WY.. probably not safe to put the re chargeable batteries in water as most contain nickel and cadmium or other toxic chemicals that break down in water or over time if dumped on a waste tip.
Mind you, the eco friendly low energy light bulbs contain mercury and you're supposed to evacuate the building if they break. I expect most folk just throw them in the bin when they break.

Do Fire Brigades in Scotland offer free carbon monoxide alarms as well? That's another silent killer.
As for changing batteries in smoke detectors I change the Tesco value ones I use on my birthday so I don't forget. I check them in an Ebay battery tester and pop the weak ones in the recycling tub at Tescos. The others I put in a ice cream tub for non-vital uses. Anyway, I think of smoke alarm batteries as house insurance and who skimps on that? - unfortunately, often the same people who take out batteries from alarms for convenience :(

"If they go off when toast etc is burnt, it proves they're doing their intended job."

And that would actually be useful JP, ours went off whenever anything was being cooked - which was rather less useful.
And yes I know the safety concern so the hallway one does get batteries, but there is a serious design problem when their behaviour effectively encourages people to remove the battery to shut it up then probably forget to replace them.

I would of thought that mains ones were a bad idea if the fire is caused by an electrical fault! We have a battery one and takes 2xpp9 which are a pig to undo/refit.

Our chimney went on fire last week - still don't understand why as I'd swept it myself not long before and there was only a very small fire in the base of the boiler...

Anyway, needless to say , by the time the fire engine arrived , I'd manged to extinguish the fire, the black smoke which had obscured the whole back garden was gone and the flue had stopped glowing.

The firemen were lovely - fitted two new smoke alarms which don't seem overly sensitive - and didn't give me a row for the one with the dud battery.They didn't seem to think we'd wasted their time either, although I suppose we have been in the house for twenty odd years without any drama.

We politely declined the fire safety visit which was fine with them.

You would be surprised how many people will refuse a free anything if there is an official visit attached to it. Now I wonder why that is ?

I think the answer is No Brian. Few people have them. I do because the boiler is just yards from my computer desk and also I have open gas fires.

You're more organised that me but I do keep a spare and yes, I think of it as part of house insurance. In fact, I think my house insurance asks if I have working alarms.

Sensitivity is a problem right enough Woodsy. I have both types and it's the basic smoke alarm which seems over sensitive.

Jings Sheila, I'm sure you could have done without that.

It could have been a lot worse I'm sure and at least the majority of the smoke went up the lum.

My guess is as good as yours Apogee.

"I don't think I could climb through a window these days"

A fire-fighter once said to me that it's amazing the surge of strength you get with a fire at your back..

I'm quite sure you're right Rightwinggit. Adrenaline is the cause I believe plus the basic human response of survival.

Here's my opinion on this subject;
1. To avoid having to replace the batteries - buy an alarm with a sealed-in 10 year battery.
Once this runs out the alarm will need replacing as the sensor inside only lasts 10 years.
2. To avoid false alarms place an optical (toast proof) alarm downstairs and an ionisation one upstairs.
3. Better still buy a Thermoptek alarm which does the job of both and last 10 years
4. Ring your local Fire brigade as they will either give you the best advice or better still may firt them freee if you fall into the right target market for them.

Hope this helps and it's always better to be safe than sorry!

Nick thanks for the advice. At last, someone understands the things.

I've one of both. The optical has never gone off and it's only yards from the other one. Then I don't have an upstairs.