A Little Fun With The Climate Catastrophists 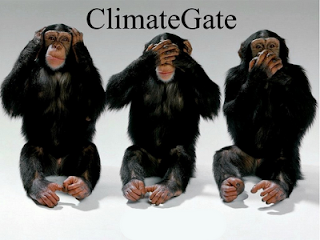 As the climate has failed to warm in the last fifteen years, it is interesting to recall how the language of the debate has been manipulated. Initially we were told of imminent, catastrophic, “man-made global warming”. Those who wanted to be gender-neutral and more high-falutin' called it “anthropogenic”.
Then they altered the term to “climate change” whilst retaining the original meaning. Of course, the climate has always changed. Nobody has ever denied that. But the meaning of the term “climate change” was subtly altered to mean global warming – as in the government department for climate change.
As no trend warming was discernible, they hit on “climate disruption”. So any out-of-the-ordinary weather – hot, cold, dry, wet, windy or calm can be blamed on the fractional amount of that life-giving trace gas carbon dioxide, which is attributable to human activity. You may think it's colder but it's really getting warmer.
Present understanding of the scientific record shows that there have been times when carbon dioxide in the atmosphere was much higher than at present and the climate much cooler. Some of today's hottest catastrophists predicted a new ice age from this cause as recently as the Seventies.
The next scare is extinction of species. The seas will become more acid from absorbing carbon dioxide, they say, and this will dissolve the shellfish and corals, which are made of calcium carbonate.
People who remember their chemistry lessons will know that limewater (a solution of calcium hydroxide) turns cloudy when mildly acidic carbon dioxide is bubbled through it. That cloudiness is insoluble calcium carbonate, produced by the reaction – a very common mineral and the main constituent of coral reefs.
If you continue to bubble CO2 through the solution, a strange thing happens. It goes clear again. The insoluble calcium carbonate is attacked by the carbonic acid (CO2 and water) to form calcium bicarbonate which is not only soluble but alkaline, thus de-acidying the water and making the calcium available for metabolism by the corals. This aids new growth and is why coral reefs have never suffered from “too much” carbon dioxide in the past.
O Level Chemistry trumps the increasingly sub prime science of official alarmist climatology.
I am indebted to the Rev Philip Foster MA (Nat Sci and Theol) for reminding me of my chemistry lessons.

Brilliant piece. Well done Edward. Stick that in your pipe and smoke it Al Gore, (maybe not then the anti smoking brigade will be after you as well the rest of us realists).

The enormity of the issue is apparent when you visit DECC's website.

Number 3 is "Average global temperatures may rise between 1.1°C and 6.4°C above 1990 levels by the end of this century."

Somebody at DECC ought to realise the difference between Fact and Speculation.

"Initially we were told of imminent, catastrophic, “man-made global warming”."

Actually, no. Initially we were told of imminent, catastrophic, man-made global cooling. Then along came global warming.

That's were the 'climate change' nomenclature came in - they couldn't make up their minds, so they came up with a 'neutral' term that convey either.

I did actually mention the global cooling and how some of today's hottest warmists were originally keen to freeze us all to death because of our environmental sins. One "extreme event" in 1972 was supposedly the clincher. Virtually all the Soviet Autumn-sown wheat crop was destroyed by frost. I was in the grain trade and remember the ructions that caused!


I have been following this debate for nearly twenty years and the 1995 IPCC report was shown to have been doctored shamelessly - but still the bandwaggon rolled on. It is so very profitable and a tool for establishing "global governance".

There are religious overtones. The Church of England even has campaign concerned with "Climate Justice" - which means we should give lots of money to third world dictators to atone for spoiling the climate. The dictators, in their turn, will keep their subjects permanently poor by only using "sustainable" forms of energy - i.e. inefficient, expensive and unreliable.

The developing economies of CHina, India and elsewhere are also keen to screw us for contributions whilst they "catch up" in terms of "emissions".

Professor Richard Lindzen, an eminent climatologist from MIT delivered an interesting paper on 22 Feb in the House of Commons. I will forward it to Rosie.

One of the world's leading sea level experts is Professor Nils Axel Morner - not at all like the impression created by the words "Swedish Professor". An ebullient man, he has debunked the lie about the Maldives being inundated and unusual rises in sea level anywhere. "But I am at a disadvantage" he said "because I work from observation and measurements and not from computer programs".