Is The Current Scotland Bill Dead? 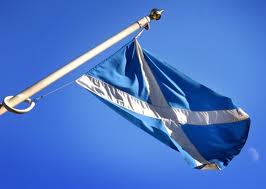 How often do we read what disasters 'could' befall an independent Scotland?

Last weekend the SoS published an article with the headline 'Jim Murphy warns that independence could cost thousands of defence jobs'. There it is again, the unionist 'could' - suggestive scaremongering and rather ironic considering the job loses currently affecting HM Forces.  The unionists' only option is to campaign in 'could' mode because they have no other choice.

Last week David Cameron, on his visit to the central belt, stated he 'may' offer further powers to Scotland - but only if the people vote NO. This weekend's SoS reports Alistair Darling suggesting a similar proposal, but with slightly - very slightly - more detail:

“The short answer is that obviously income tax is easier because it is easy to identify and the Revenue knows who Scottish taxpayers are. It would be relatively easy to implement.”
Darling admits that all this would be academic anyway if we voted for independence and his proposal is as weak as Cameron's: "If you are staying then you look at that (more powers)."

I'm not convinced by the latest unionist attempt at appeasement purely because I have no trust in Westminster politicians and their care of Scotland. A power which is 'easy to implement' is not necessarily one for the good of Scotland and if ease of implementation is the basis for the Scotland Bill 2010-12, it doesn't bode well.

Scottish Labour is stuck between a rock and a hard place because they want to show themselves as supportive of a more powerful devolved settlement than suggested by the present Bill, while keeping it off the independence ballot paper.

People know the results of being part of the UK for over 300 years and few politicians are silly enough to spell out the present-day benefits, so rely on this new style of negative campaigning. It's gentler than their old 'We're too wee' and 'We couldn't afford to support ourselves'.  It's negativity by suggestion and can work extremely well - so my psychologist friend tells me. The use of could and would softens the negative message but the suggestion alone is effective.

The question is - will the people trust the UK government to deliver on jam tomorrow?

There's no doubt the current version of the Scotland Bill going through the processes of Westminster will be kicked into the long grass by the present Scottish government, but should the people vote NO in 2014, it could be all London is prepared to offer their irritating neighbour up north.
Tweet
Posted by subrosa at 09:39

Michael Moore was on Radio Tay this morning but I gave up after 10 minutes. He failed to answer the questions. Dire. But not surprising I suppose.

I don't suppose that over 300 years of smothering and lies from Londonistan England, could be the reason for "were too wee, we couldn't support ourselves".
So we have a continuation of the lies to tell us more lies.
Darien was a failure due to lack of understanding of the problems, some mismanagement, under financing, but dont forget the English government was also "running interference" for political and financial reward, in the area.
When the treaty was signed,the Scots people would have lynched the ones signing it, if they had been caught.
I have doubts if under today's fraud and other laws the union would have been legal?
Imagine a couple of dozen "Noblemen" pulling the same stunt in England if the situation was reversed?
So no change, we are offered nothing. So who is stupid, them or us.!.

If our hopes rely on the UK then I fear we hope in vain.

There is however a glimmer of silver in this cloud that's enveloping the UK and EU. In as much as the deplorable way the EU is treating Greece has made the SNPs choice of 2014 for the referendum nothing less than inspired.

It's possible by then the UK will be suffering similar treatment from Berlin -sorry I meant Brussels - which will further expose the EU's democratic deficit.

The snp are just wasting their time and political momentum waffling on about Devo max.
Obviously their back position when they lose the Referendum(which they now accept is inevitable) is to hope to salve of the snp imploding.

The fact is their janus position of asking for people to vote for Independence at the same time as sneaking around begging someone anyone to ask about devo max.
Makes Independence less and less likely(hooray!)

The current Scotland Bill is dead, though still twitching. Folk have moved on. Pity Westmidden hasn't. What they can't or won't conceed to will be taken ....eventually.

Yer a brave man RM. Thankfully I wasn't listening to the radio this morning. :)

You know the answer to your own question Apogee. :)

Oh I do hope so Crinkly.

What choice do you bunionists have Niko? The status quo because you're too feart to move forward.

You'll correct me if I'm wrong wisnaeme, but I think the SG has to ratify the Bill and I can't see that happening.

Meh. I saw Darling this morning on the telly with Isobel Fraser and his argument was, to be frank, a load of old gash.

The man is a gonk.

And yes, the Scotland Bill is deid, murdered etc. And rightly so.

Just as you said ,are we now at the fight stage?

I agree with Crinkly up there. By 2014, Brussels/Berlini will be well on its way to dominating Europe, and it may well appear that making an alternative investment in time, money and political focus is clearly the right thing to do for both Scotland and England.

I went off to prepare lunch pa_broon. Couldn't cope with the drivel.

The bunionists must think we're a' daft.

What money Greenworld? I wouldn't be investing in trees etc if I had any. I'd much rather invest in people.

And history has proved that correct M.