Proof (If Needed) That An MP's Job Is Only Part-time 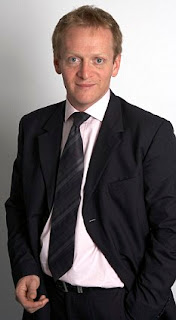 Phillip Lee (pictured) is the Conservative MP for Bracknell where his electorate are very content. Why?

As well as being their political representative Mr Lee is also a GP. That may not be an unusual qualification for MPs to hold, but Mr Lee is a practicing GP.  He manages his medical commitments alongside his political ones and also finds time to criticise his Westminster friends.

Truly radical policies and, hence, genuine change are avoided. The goal was to secure votes and attain office, rather than govern boldly with a coherent plan. Instead of fostering a better Britain, a ‘public-opinion’ industry was created, the essential component of the risk-reduction process.
Detached, professional politicians had cleverly outsourced the gathering of knowledge. The problem was, though, that polls and surveys rarely raised new issues or introduced new information.


His remarks aren't surprising because most people, with the slightest interest in politics, know that these days MPs have little to do, as so many of our laws are now made in Brussels.

Mr Lee is certainly not naive, yet when he states: 'It is ironic that having had this article published, it feels as if I've taken a risk', he's missed the real irony. Accepting his full MP's salary for a job which is so obviously part time is the real irony.
Tweet
Posted by subrosa at 19:24

SR: This MP is but one of many with a second profession/job. Take a look at the register of disclosures - see how many are paid for directorships. consultancies/'advisorships' etc. There is even one who is a practising dentist and who surgery is registered as his second home!

Wre DD and referism to be introduced, it would I believe satisfy most Scots as other than Foreign Relations, defence, immigration they would have control of everything else. Refer to my response on another of your posts to pa-broon (if that was the name?)

At least this MP is still serving his community unlike another part (non)time MP, Gordon Brown who's too busy making his fortune giving speeches around the world to even pretend he's earning his MP's salary.

"Accepting his full MP's salary for a job which is so obviously part time is the real irony."

he study was conducted by the (politically independent) House of Commons Library between 1998 and 2005, based on the statutory instruments passed with references to European legislation, because “The vast majority of EC legislation is enacted by statutory instruments under section 2 (2) of the European Communities Act.” It also helpfully breaks these laws down by department – the most affected of which are Defra in England – which deals with the Common Agricultural and Common Fisheries Policies, so no surprises there – and the Department of Trade and Industry – hardly surprising with the Common Market and all. Both departments saw about 50% of their legislation having some kind of EU origin – which could, via the DTI, be where Cameron got his “almost half” figure from, perhaps?

But is the 9.1% figure accurate? Is just looking at statutory instruments fair, when this means that normal legislation, via parliament itself, can be left out? Open Europe (in the same post where they discussed and dismissed the 84% claim) make four key points:
1) They do not seperate between budgetary and regulatory legislation, therefore comparing apples and oranges.
2) They also compare apples and oranges in another respect: Directives are usually far-reaching measures with a big impact on the economy. SIs, in contrast, can cover a variety of issues, including public administration – for example a road closure or changing arrangements for parish elections.
3) EU Regulations (as opposed to Directives) usually don’t give rise to a new UK law but are directly applicable. Therefore, most EU Regulations are not included in the 9% figure.
4) One Directive does not mean one SI. The Motor Vehicles Regulations in 2007 implemented four different Directives, for instance, making a one-for-one comparison tricky.
On point 1), of course, the EU has no say in the British budget and has no revenue-raising powers, so I’m not sure what they’re trying to say. On point 2) they have a point – but how do you measure the “far-reaching” implications and economic impact of a directive, exactly? On point 3) they also have a point – which might explain why the British Chambers of Commerce have a higher estimate of 20%. Point 4), if we’re hunting down the percentage of British laws that have an EU origin, is irrelevant.

But considering that we’re looking for a percentage of the *number* of laws that stem from the EU, it is worth bearing in mind that Statutory Instruments make up the bulk of all UK legislation, with an average of around 3,500 passed every year for much of the last two decades. In 2008, 3,389 Statutory Instruments were passed, while the UK Statute Law Database lists 2,414 results for the same year. With no study (that I’m aware of) having been conducted on how many of those have an EU origin, it is hard to tell the percentage.

However, with Statutory Instruments making up the bulk of UK legislation, and with most EU legislation brought into force via this method (having already been passed at EU level, there’s generally no need for EU legislation to then be re-enacted at national level, after all), it’s no great leap to suggest that the final percentage wouldn’t be that much higher than 9%. Indeed, Labour MEP Richard Corbett has noted other studies in other EU member states:
6.3 percent according to the Swedish parliament, 12 percent according to the Finnish parliament and between 12 and 19 percent according to the Lithuanian parliament
This would suggest that something in the region of 10-20% would be a fair guess for the UK as well (a range that has the added benefit of being backed up by the British Chambers of Commerce’s recent study of regulations).

So, it's take you pick... but they have never had enough to do. They have always had outside work, and until quite recently the arrangement was, as it had been long before the EU ever was thought of, they started around 3 in the afternoon. Giving them the morning to work in.

The Scottish ones have even less to do.

There should be reduced to around 250 and barred from having other jobs.

And all the garbage about outside work keeping them in touch with ordinary people... yea, right. ordinary board members or trustees maybe... but that is maybe their idea of ordinary people.

On the bases that America manages an upper house of 100 for 50 states, and we only have four states, I imagine that 8 would be the right number for a senate. Six when we are set free.

Many of the EU instruments are nodded though without any examination. Unlike elsewhere in the EU where their parliaments actually work for their money, and where they reject many of the instruments.

Maybe if ours actually did a day's work much of the law that seems to be objected to would be weeded out by them...

But them they wouldn't have time for anything else would they...

Dr Lee qualified as a GP and has undergone his five-yearly revalidation allowing him to continue practising if he wishes just as possession of a driving licence permits someone to drive. In addition a working GP doesn't have to be full-time and many work part-time to accommodate their work-life balance. I understand that Liam Fox and Sarah Wollaston are similarly GP MPs who have temporarily taken down their brass nameplates. They can still prescribe and refer patients if they choose.
I write as the friend (since he was seven) of a practising GP - that makes me feel very old - doctors aren't meant to be younger than oneself:(
It could be argued that a current professional brings more to politics for their constituents than someone who's been a professional politician for a quarter of a century: I couldn't possibly comment.

Perhaps my Mum's GP is also an MP, it would explain why he is so shit at being a doctor.

Knowing as I do the reason GP's are so rubbish is because they don't have enough time to devote to patients, its a wonder how this guy juggles his calendar.

I realise some have part-time jobs WfW, but didn't know one's a full-time dentist too and that we pay for his surgery. It never ends doesn't it.

Referism would be ok here I think but that's not the route planned here. It's the yoke of the EU which seems to be the star attraction.

There is that Jools but I wonder why we pay for these people to represent us full-time and they don't.

I hear whispers that the people of Kirkcaldy aren't too happy these days Joe. Mind you, they'll still vote for him.

The man's a disgrace CH. What I can't understand is why he's allowed to behave as he does. Now if he was a banker...

The fact the Scottish Parliament only sits for one and a half days a week is enough for me Tris. Even then it's usually 90% empty except for FMQs.

Brian, if he's a GP then he possibly works more than a couple of hours a week in his surgery. I have no problem with him being a GP at all. What I do have a problem with is paying any person more than 3 times the average wage (including expenses) to do a job that they're not doing.

Neither do I pa_broon but it happens with a lot of them. I thought they'd stopped having second jobs like this but appears not.

As most legislation for Scotland is passed by 129 MSPs in the Scottish Parliament at Holyrood nowadays, you could say 59 Scottish MPs sitting in the UK Parliament at Westminster are only part-time. Similar with Welsh & NI MPs. Oh I forgot, of course they are kept busy legislating on English only matters. Makes you wonder what they'd find to do with all that free time if they couldn't do that.

Rosie,
Like a First Minister from 2007 who kept his Westminster seat until 2010 despite attending only two debates at Westminster in a year?
And even if he paid his MP & 1/3MSP salaries into a charitable trust that's still a claim on the public purse. Of course, resigning his seat before a general election would have prevented him collecting a resettlement grant for"adjusting to non-parliamentary life". Isn't that his raison d'etre?

It does make you wonder Jools. It's long past time both parliaments were re-examined. We've far too many politicians getting full-time pay for part-time work.

Good of you to remind me Brian. Don't forget the others who were guilty of this too. :)