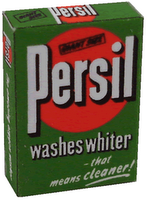 A guest post by John Souter.
Part one is here.
“The role of Nature accepted, we then have to ask; whether in the affairs of humanity, any concept, system, practice or ideology which doesn’t improve the wellbeing, contentment, security and advancement of the majority of the species and its survival, has any claim to legitimacy or continuance by establishment or custom?”
I make no apology for repeating the questioned I posed in the Introduction to The People Business.
Our World today is, we are told, struggling through a major crisis; one that threatens our societies, the role and values we inherit from our stake in the business, and the balance sheet of improvement we leave for future generations.
Perhaps, given what’s at stake, we need to analyse very carefully, logically and judicially the pros and cons being claimed as the reality that demands we must react to this crises.
Undoubtedly this is a world crisis. But it’s a crises of our World; a systemic failure that can only have been created through manipulation by our species.
The ‘product’ at the core of this crisis has no natural function and even within the role of nurture has only a tenuous link to the measurement of value and fundamentally no legitimacy when it attempts to exploit nature ; which is exactly the intent when it attempts to grade and categorise the micro and macrocosm of our species.
We – Us are as natural a part of nature as the air we breath, the land we live on and the Earth and Cosmos that makes it all possible. We have a legitimate right to life and the development of our values. Why then should we be subject to ‘commodity’ crisis which to a large extent has been labelled and usurped by the few as a means of control over the many.
Is this financial hybrid sensible and functional in the models of riches it assumes when weighed against the scales of effects it demands,
Does it ‘drive’ the economics of societies evolution or merely distorts and diverts it by the smoke and mirrors of delusional gobbledegook.
Has science strived and pled in vain for sanity only to have a secular commodity, of no intrinsic value, to be raised on the plinth of idolatry and awarded the right of impunity to the effects of its actions and of those who proselytize its function.
Within the terms and statutes of The People Business has the executive –either elected or unelected – been granted the legitimate power to downgrade the quality of life dividends to its shareholders to that of serfdom, wage slave or debt peonage in order to conserve and continue its own incompetence?
This is the hellish morning we have woken to.
The one where you’ve stubbed your toe on the file you were swotting up on for the scheduled ‘crucial’ meeting. The morning where the electric toothbrush is flat, the towel still damp and where the shirt button drops off; then the replacement goes into the wrong button hole. The tie dips into the cereal milk and the lace of a shoe you polished the night before breaks and the infallible country road short cut you take in order to avoid the gridlock to catch your commuter train has been invaded by a thousand cows who found a hole in the hedge. The morning when you give a sigh of relief when you find a seat on the next train to the one you intended then settle in the belief that you can still, by the skin of your teeth, make the meeting only to find the crucial file, the one you stubbed your toe on, is still lying in disgrace in your bedroom. Your life is in ruins. A fool clickety clacking on the track to purgatory, esteem of self has withdrawn leaving only the shadow of the person you were to slide into your niche of ‘routine’ business.
There’s a message on your desk. The meetings cancelled. Immediately you re-instate esteem and with it comes total recall of every coma, full stop and decimal point contained within the file – now you want to know why and who caused the ‘crucial’ meeting to be cancelled.
In The People Business it’s our board of directors who have cancelled the meeting. They have chosen not to hear our arguments; to stifle debate in the certainty it would include criticism of their incompetence with little by way of mitigation in support of the path they have chosen and, as a group, have levied rich rewards and remuneration from.
Without the fear of repercussion has responsibility any claim to power or reward?
They are fully aware the games up. That, they’re in full pelt down the slippery slope leading to the cliff edge. Their only hope is in the amount of collateral bodies (Us) they can push before them to act either as a redoubt before they face the edge or, as a last resort, act as a mattress of apathy to break their fall.
It seems mindsets die harder than habits – mine are, we should grease the slope, give them clear passage and, leave their fate to the laws of physics.
These are the cons of the technical glitch we are facing. The analysis of the pros and the failures of our board to maximise their potential and distribute them as dividends will be covered in Part 3.
John Souter
Tweet
Posted by subrosa at 19:36

Phrases like "The People Business" drive me up the wall. They are part of what might be called the managerial state which likes to present a "caring" face to the world but fools nobody.

I suppose I may be getting into a "Bah Humbug!" state of mind.

My my Edward. I'm surprised at you judging a book by its cover.

One of my children said I was in a bad temper about some idiocy of our lords and masters. My reply was that I never have a bad temper (just as MPs are never drunk) but I am sometimes justifiably irritated.

I rather admired a friend I knew some years ago. Some counter clerk exhorted him to "Have a good day".

"I have other plans" he said,

Now I think I will just have a wee glass of something.