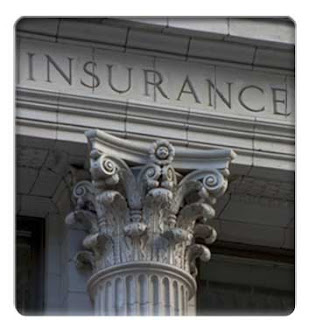 In this post, I neglected to mention motor vehicle insurers attitudes to policy holders who elect to use winter tyres. Thanks to RantinRab for the reminder that insurance companies are not always customer friendly.

Rab noted that many companies regard winter tyres as a customisation and will not settle claims unless they are told when you fit them.  He also suggested there would probably be a premium hike.

A few days after I ordered by tyres back in September, I mentioned it to a friend.  Her immediate response was to ask which company I used for insurance.  My answer of Direct Line was met with derision. Both her husband and herself had fitted winter tyres last year and, while her car was parked outside her home, someone clipped the front bumper. They'd phoned Direct Line to discuss this only to be told any claim would be null and void as they had not informed them of the change.

Furious she immediately set about finding another insurance company which she did (Saga) and has saved £130+ on their two policies.  Saga do not require notification when summer/winter tyres are fitted.

Because if her experience I phoned Direct Line to inform them I had 'changed the specification' and the following week I had confirmation.  No charge was made and if there had been any mention of a charge I would have taken the same action as my friend. Next year I will look around for a more competitive price.

Remember when council departments didn't have email addresses and therefore all business had to be done by telephone or Royal Mail?  During my dealings with Direct Line I asked why they didn't provide an email address to which I could have written my change of spec. My comment was quickly brushed aside with the curt response containing the words 'too many spammers'. It would have been much easier for me to write them an email instead of having to go through the 'press 1, 2,3,4,5,6,7' requests - all costing money while I wait to talk with a human voice. Surely these companies ought to be providing email access as part of their customer 'service'.
Tweet
Posted by subrosa at 19:46

Presumably, you'll have to notify them again when you 'unmodify' the car next Spring, eh?

Without putting too-fine a point on things Direct Line would appear to be taking the p1ss. Using any & every excuse to wriggle out of their responsibility, ironically when you're actually making your car safer & therefore less-likely to be involved in an accident.

I hope your publicity deprives them of many renewals.

Maybe many more Bloggers could highlight their bad attitude.

I'm sure that they're very attached to the revenue that brings in.

They make money out of you as you press buttons. They haven't worked out how to sting you for emails, yet.

Joe I don't know about taking the p1ss but they like the banking industry have created a financial bubble which could burst if they end up not being able to pay out.

I presume so Joe. I will anyway.

Aye FE, like a lot of these companies the endless drivel when we phone must make them a small - or even large - fortune.

Ah Rob, so that's the answer! I assume it's cheaper to phone them than spend 45p on a snail mail letter, but I wonder just how much cheaper.

CH, I've had my buildings and contents insurance with the NFU for years, yet they've never notified me they now do car insurance.

I'll be onto them tomorrow for a quote.

"Customer Service" is for the benefit of the company or organisation that provides it. Otherwise, no Finance Director would agree to it.
Remember what happened when Kris Kringle advised shoppers to go to other stores to buy Christmas presents in Miracle on 34th Street? Most thought he was mad for giving proper customer service.

Yes, I do remember that Brian. Of course you're right, it's not customer service but company benefits.

Any company using an 0845/0870 type number is getting a share of the call cost, so yes, they have no intention of answering quickly, or dealing with your query efficiently.

I phoned my insurers LV (formerly Liverpool Victoria) to inform them I have just acquired another Fiat Panda 4x4, and that it came with some wider than standard alloy wheels and tyres. Rather surprisingly they didn't increase the premium! I also reminded them it would soon be fitted with winter tyres and they were quite happy with that.

By the way SR, I have tracked down a set of new Vredestein "Snowtrac" tyres - they were excellent on the old car - so please take back my earlier comments about you "Northerners grabbing all the supplies"! This means I will have two complete sets of wheels/tyres to suit the varying seasons.

I have a couple of trolley jacks, so swapping them over only takes a few minutes.

I try to avoid ringing 0845/0870 numbers if I can microdave, but sometimes there's no other method of contact.

Jings, I don't know the make of mine, but pleased to hear you've found a pair and you're able to swap them over yourself. Luckily my local place will do that for free for me because I couldn't change a wheel these days.