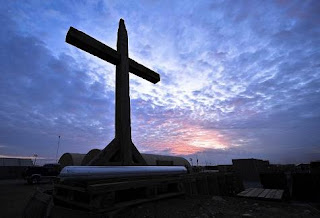 Although the title conveys my thoughts about the platitudes paid to our military dead on a regular basis by the leaders of the House of Commons, perhaps I should have entitled it 'Professional Sympathy'.  When David Cameron, Ed Miliband et al stand up and acknowledge the death of one of our military personnel, they do it without feeling or naturalness.  They do it because it's a tradition these days to publicly display they know another soldier has been killed in another political war.  Afghanistan is a war designed for political purposes.  It has nothing to do with the protection of the UK.

If our political leaders were intent upon ensuring these islands were protected then they would ensure than those who arrive are thoroughly vetted - as happens in America and Australia.

Another British soldier was killed by an IED in Babaji, Afghanistan yesterday.  His death takes the toll of those who volunteer to serve to keep Britain safe to 385.  His name has not yet been disclosed but he was a member of 4th Battalion The Yorkshire Regiment.  Another family and friends will be left without one of their own because our leaders insists upon feeding their arms dealer, mineral dealer and oil dealing friends.

I do wish David Cameron would stop the false sympathy and lies when a member of HM Forces is killed in Afghanistan.  Few, with any knowledge of the situation, believe him - or any politician - to be sympathetic to the grief which the family must be suffering right now.

A couple of years ago I emailed my own MSP wondering why Alex Salmond had only once mentioned the death of a Scots soldier at FMQs.  John Swinney said he would look into it but I never received further correspondence.  Now I appreciate that because I realise no politician conveys anything resembling sympathy with those in shock and grieving for a soldier killed in the course of the Afghanistan war. Politicians pay lip service and very few have any experience of the sudden death of a member of their family on operation duties.

I won't go into why people join up - reasons are many - but suffice to say there are those in our military who quietly contribute much to the care of UK residents, although their efforts are never recorded.

For today my thoughts are with the yet unnamed soldier's family.
Tweet
Posted by subrosa at 09:16

Have linked to this SR - and taken the point you make a stage further.

Thanks WfW. I noticed earlier.