He Who Shouts Loudest... 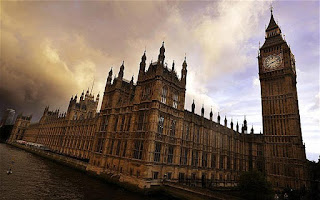 It's two and a half years ago since the MPs expenses scandal, in the wake of which a ban was placed on MPs claiming back mortgage interest in their second homes.  The move was part of a number of changes introduced to restore 'public confidence'.

However, the Independent Parliamentary Standards Authority, which regulates MPs' expenses, has been visiting MPs in their offices and is now considering overturning the ban because:

' ... there remains a number of MPs who believe that there should be a return to lump sum allowances which would, amongst other things, allow MPs to continue to fund their mortgage interest.'

IPSA is considering giving MPs allowances to spend at their discretion and is asking the public's opinion in their consultation document which also covers a proposal to increase staffing costs and a suggestion that resettlement pay-offs should be reinstated for MPs who leave parliament after an election defeat.

MPs' staff budgets could be increased by more than 25% by IPSA's proposal to increase the maximum spend by up to £19.6m from the current level of £74m. The reason given for this massive hike is MPs complained they were unable to retain their best aides.

A 50% increase in the cost of taxi fares claimable after a late Commons sitting, from £80 to £120, is also suggested. According to the document this would save the taxpayer hotel bills.  Really?

While the rest of the country tightens belts the MPs have been quietly ensuring their own nests are well feathered. It's not always those who shout the loudest who are heard.
Tweet
Posted by subrosa at 09:27

I have little problem with increasing MPs' allowances.

Provided there's a commensurate reduction in the number of MPs.

This is surely evidence, if ever evidence were needed, of the growing and ever widening ‘them and us’ mentality and culture that prevails within the Westminster bubble.

In a society where politicians deliberately and maliciously seek to create a division between the public and private sectors, we are all workers and taxpayers, what more can you expect.

In a society where politicians deliberately and maliciously seek to create pariahs of the elderly, sick and disabled, what more can you expect.

Am I surprised or disappointed that politicians once more wish to featherbed their own little nest whilst their constituents face up to the grim realities of austerity – sadly, no.

Joe, you now have me wondering why English MPs aren't supporting the SNP's call for independence.:)

The 'consultation' document was interesting though JRB. It shows the control MPs have over their 'independent' assessors.

If this is publicised, along with the suspected intent of Osborne to break the link between inflation and benefits and pensions it may be the catalyst to transform the Occupy movement from targeted financial centres to Occupy Everywhere.

Could they be that stupid? Sadly I believe they not only could but already are.

I too wish it could receive more publicity Crinkly, but the MSM will be unwilling to headline it.