Forgetful? Doors May Have Something To Do With It 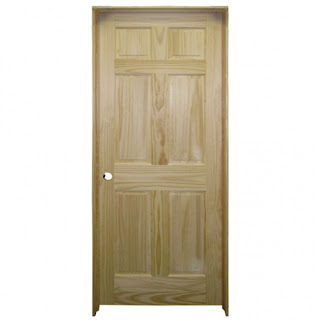 For years now I've had the occasional - too occasional these days - memory lapse when arriving in a room.  What was I there for?  One friend said I shouldn't worry until the question I asked was "Where am I?" but I do.  It's frustrating returning to the room where the idea was formed, in the hope that the thought process rewinds.

A new study shows that the simple act of walking through a doorway creates a new memory episode, making it more difficult to recall information pertaining to an experience in the room that's just been left.

The key finding was that memory performance was poorer after travelling through an open doorway compared with covering the same distance within the same room. "Walking through doorways serves as an event boundary, thereby initiating the updating of one's event model [ie the creation of a new episode in memory]" the researchers found.

Another interpretation of the findings was that they have nothing to do with the boundary effect of a doorway but more to do with the memory enhancing effect of context (the basic idea being that we find it easier to recall memories in the context in which we first stored them).

Another test earlier this year examined how the brain organises the continuity of lived experience into a filing system of discrete episodes.  Episodic memory is the ability to recall past experiences and is distinct from semantic memory, which is our factual general knowledge.

The research may have made the psychologists more informed but offers little advice to suffers.  Maybe if I left doors open my episodic memory would improve. Will give that a go this week.

FE, maybe the title ought to have been 'when one window opens...'.

You should worry! I get memory lapses on the way to a room wondering why I'm going there!

I'm told it doesn't get better either WfW, although I'm only at the stage of having to return to the place of original thought - as long as I remember where that was. :)

I recently poured boiling water in to my tea caddy whilst gazing idly out of the kitchen window. Not as bad however as munching on a "biscuit" which tasted a wee bit salty with the dog giving me a very malicious stare, then to discover I had munched one of her treats.

I frequently find my self wandering around my workshop wondering why?

Getting old can be a laugh or a pain.

On that subject I recently started the Harcombe diet after reading about the relief that Zoe Harcombes husband got from the diet for his osteo arthritis symptoms, it was an unexpected pleasure to discover that this diet lets you eat nice things and you do not feel hungry after the first phase. I feel so much better.

http://theharcombediet.com/ I would recommend it to any one.

My other half knows exactly where he is as he makes one of his regular fridge door openings to snaffle a 'small' inbetween meal snack. Perhaps I should remove the interior light and he might forget where he is?

Reminds me of a Matt cartoon a few months back. A crowd of elderly demonstrators chanting "What do we want?" "Why are we here?" and not managing a reply.

The Stannah stairlift people have made a small but significant advance - a new, high speed model which gets you to the top of the stairs before you've forgotten why you went there.

Its when you confuse the airing cupboard with the bedroom that it is time to worry.

A thousand thanks for this post
… now I know I’m not alone.

A few years ago I was put on a fairly high dose of statins. Memory dropouts were increasing and I blamed age, the famous 'senior moments'. When the muscle pains became unbearable I stopped the statins. The memory lapses improved significantly.

KBW, if we don't laugh at the ageing process then we may as well give up.

I'm finding your diet interesting. May just get the book.

No JRB, we're not alone. As long as we can laugh at ourselves we'll be on the bright side of our failings.

Woodsy, these statins have a lot to answer for. Another of my readers has had serious problems with them and gave them up earlier this year. If you'd like to email him email me and I'll forward it.

I don't think it is worth leaving the doors open as I've had mine open for years and I'm constantly having to return to the room which had the original thought. I'd always wondered why we did that and this article seems to explain it. thank you.

Right enough Geduy, it doesn't seem to matter if the doors are open or closed, our brains assess the different 'scenes' regardless.

So close your doors and keep the heat in. :)

It must be true because as soon as our elected ones pass through the doors of Westminster morality and integrity are lost into the ether.

Woodsy raises a valid point but consider that apart from the medicine you know you are taking,how about the ones fed to the animals you are eating, and the effect of the combination of the medicines in your body from random consumption. As far as I am aware, no pharma co. checks the effect of a medicine combined with another, at random. This is checked by feeding the various chemicals,because that is what they are, to the population at large, and only when some citizens fall over and stop moving is any investigation done. That is when the warnings go out.
When was the last time a doctor told you all of the side effects of the pill s/he expects you to swallow.
If they did you probably wouldnt take it!
Anyway,very few doctors know even a fraction of the interactions possible.You might as well read the little piece of paper packed with the pills to tell you these things, and you will probably know as much as the doc. cause he just read it to find out.
And all these things will affect your cognitive (thinking) functions in some manner, so are you "loosing it" from old age or are you being poisoned by your "medicines". Remember, it took 2000 years to find out that lead pipes poisoned your brain,stopped it functioning effectively, so what else is doing it that we dont know about, yet?
And I am speaking from hard experience!

What you say is true Apogee particularly about doctors. I do my best not to take medication unless absolutely necessary, but when I ask about side-effects I'm now told to read the enclosures. Makes sense I suppose.