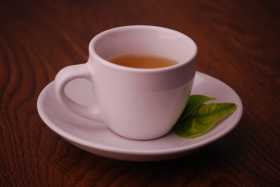 (A)  At Arbroath Sheriff Court last week a 32-year-old man, appearing from custody, admitted behaving in a threatening and abusive manner and threatening a custodial services officer at the court's holding cells. The individual had knocked over his cup of tea and reportedly turned abusive when he was told it would not be replaced. He also admitted the offence was committed while on bail.

(B)  Hundreds of miles away in Colwyn Bay, Wales, a pub landlady displayed handmade 'No Smoking' notices in her premises. Maybe they weren't as smart as the one above - which is acceptable in the US and sold on US websites - but the message would have been clear.

Which event created a large fine - A or B?

A - The offender was admonished as the Sheriff stated it 'was a storm in a teacup'.

B -  The landlady was fined nearly £300 because her notices did not comply with regulations.

Is it any wonder the public have such little faith in the justice systems, both in England and Scotland.

We'll let you off if you promise not to sue us, because you might have been scalded by the hot liquid.

For the avoidance of doubt: /sarc.

The landlady got off lightly.

She should probably have also displayed them in Welsh & Braille.

You are in danger of turning into a tabloid journalist SR.
"Nearly £300". Why not give the precise figure?
Stop huffing and puffing. Particularly the latter.

Aye! – we made a big mistake giving the penal colonies their independence.


@Joe Public – we are lucky this wasn’t under the jurisdiction of the Scottish Parliament, they would have insisted that all signage was in - Gaelic, Scots, Arabic, Bengali, Chinese, Punjabi, Urdu, German, Spanish, French, Italian, and Polish.
:)

Hi SR.Why the surprise? Surely you all are aware the justice court system is a corporation, and is to make a profit? The owner of a business is more likely to pay than an itinerant who has no money and is going to cost to keep in the crowbar hotel? The fact she was awaiting the arrival of the correct signs was of no interest to the court, the law is the law( and money is money).

Joe, why didn't I think of that.

Oh Hamish, surely I'm not at that level.

JRB, only a few years ago a health leaflet I picked up said it was interpreted into 22 languages and to phone a certain number to receive the one of your choice.

All that was in English and it still baffles me.:)

Apogee, that did cross my mind that the person in custody would not be in a position to give a brass farthing.

Ooops Demetrius. Apologies for the omission.

Actually, as Wales shares the English legal system you are both right. This case appears to be an exceelent opportunity for a dollop of Equity (an English invention) to remedy the unfairly strict interpretation of the law.

And so the idiocy of the ban goes on and on - at enormous expense.

Thanks for that link Brian and yes you're right.