Council Corruption And The Commissioner's Office 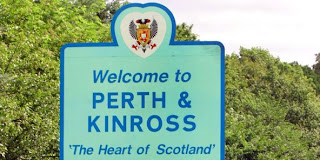 Although it has its drawbacks, I like where I live.  In fact I feel quite privileged to live in an area which is in, what some would call, a time warp.  We don't like sudden change. Local councillors over the years are fully aware of their electorate's attitudes and never push the boundaries excessively. Incomers - like myself - initially want to see 'modern', but within a short time realise modern isn't necessarily better.

Most people abide by the rules of the local authority's planning department where alterations to their homes are concerned, but occasionally some have been confused about particular projects being granted planning permission when the completed project is nothing like the original plan.

The local community isn't into meetings at the drop of a hat, but one local building development - one of the biggest undertaken for some years - has integrated the community without exception.  Taking on the 'big boys' is a fruitless task, yet it was hoped that local councillors could put forward a good enough case (compiled by a small group) for radical changes to the plan.  Unfortunately, the majority of the councillors on the Planning Committee involved in this development live at least 20 miles from the area and had no interest in it whatsoever.  Their concerns were with the financial benefits to the council coffers and their disdain for hundreds affected by a development built on a green field site was obvious.

I am not suggesting there was any corruption whatsoever between councillors and council officials - quite the contrary, because I know the effort my own councillors put in to this particular planning application and they whole-heartedly supported the objectors.

Some of us, no matter where we live in the UK, will have - through legislation - been beholden to a council planning department.  I have and it wasn't a pleasant experience, but that's another story, dimmed very slightly by the passage of 20 years.

Some time ago my local paper, The Courier, reported misdemeanors within the council's planning department and I've been following its efforts to acquire the names, via the Freedom of Information Act, of those in Perth and Kinross's planning department who were involved in a 'cash for warrants' scandal.

It's alleged that certain planning officials took bribes in the form of cash for drawing up and approving building warrants. A building warrant is the 'sign off' for those planning applications which have been completed.  Last year, after the FOI request from my local paper, the council began an investigation into three members of staff, which resulted on one being sacked, another resigned with the third being given a warning and moved to another post.  The council refused to name those involved in their response to The Courier's FOI.

Two of the staff involved were officers from my own area and people ought to be told the names of those who undertook these corrupt practices. How often have applications been refused and when questioned the answer is it was the Chief Planning Officer's decision? This must happen all over the UK and allows the electorate, regardless of the thousands of complaints we must put in writing, no influence whatsoever.

The Courier as been tenacious in their efforts to have those responsible named - a plausible stance, particularly when it would appear some planning department officials entertained the corrupt practise for some years.

In response to the Courier's appeal against the council's excuse of the Data Protection Act forbidding them supplying the information requested, the Information Commissioner said:

"The commissioner considers that there is a general public interest, where complaints have been raised about the service and conduct of front-line staff in a public authority to understand what action, if any, has been taken to address these complaints.
"This interest also ties in with the general public interest in ensuring that public authorities which receive and spend public money are both transparent and accountable. The commissioner also accepts that (a journalist's) role leads him to write about matters of local and national interest regarding the workings of public authorities, which affect the public.
All very positive so far but the Commisioner further stated:

"... recognises that the investigations into the conduct of certain staff raised matters of serious and genuine concern, relating to the conduct of council employees" but the right to privacy outweighed even that."(my emphasis)


There's something seriously awry in the Information Commissioner's office when investigative journalists, through FOI requests, can't discover the names of public employees who have committed serious offences, particularly since staff were warned to have no input into the preparation of building warrants as early as 2008.

Why should public employees be shielded by 'the right to privacy' when they've committed a serious offence? Over-riding public interest leaves more questions than answers.
This decision by the Information Commissioner can only encourage corruption in councils and not deter it, plus cause people to have even less faith in systems which are supposedly there to protect their interests. Someone has had success though.

Why no prosecutions or polis involvment? Just where is PC Murdoch when you need him?

Corruption and/or undue influence in local authorities is a terrible thing. They have so many powers that, if they choose to coordinate their activities against an individual, you suddenly find you are in a different world - somewhere between Franz Kafka and a tenth rate banana republic (as a member of the banned opposition).

I know 'cos I was there. The council did their damndest to push our business off its newly acquired site. We offered to go by negotiation but they spent two years of bullying with over 200 site visits (never less than two officials and sometimes 6 or 7) to lean on us. We saw them off eventually and they paid our lawyer's bill but not for the harassment and loss of energy which should have been going into our business.

Whilst nothing could ever be proved, our site was in an area "ripe for development" and a councillor worked for a property company which owned much of the surrounding land. After we won, he stood down at the next election and his party did not put up a candidate. So the ruling group on the council got another safe seat. A deal was done somewhere, I am sure.

If you ever have anything to do with local government, KEEP A DIARY and notes . They are used to being the only people with a credible record. They regard it as rather underhand if an intended victim starts to use their methods.

Apologies to all decent local government officers, doing the best they can, but I have met the dregs.

Hi SR. It seems strange that if action was taken as stated and happened, that the persons involved could not be identified? Use the principle of "follow the money", who knows what or who, much further up the tree,could be unlodged.

It's strange isn't it Dram? And the FOI supports their privacy - even stranger.

Oh I'm sure there was a deal done somewhere Edward, just as those here who have been doing deals have been 'discovered' though without facing the law.

Following the money isn't easy Apogee but I'll keep at it.