This Man Is So Politically Stupid 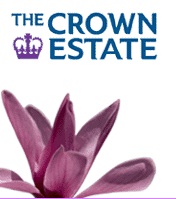 There's no organisation anywhere in the world quite like the Crown Estate.  That's its boast on its website where it also states the board members are appointed by Buckingham Palace.

The assets of the Crown Estate, dates back to 1066 and have a sordid history of plunder, treason and murder, yet we ignore the reasons how monarchs through the ages gained their money.  Now, although still belonging to the monarch and inherent with the accession of the throne, it's no longer the private property of the reigning monarch and can't be sold by him/her.  The monarchy, in return for an annual grant, surrenders surplus revenues to the Treasury.

Its one of the largest property owners in the UK with a portfolio worth £7 billion.

The marine estate includes over half of the UK's foreshore, tidal riverbeds and almost all of the seabed within the 12 nautical miles limit, including rights to all minerals but excluding hydrocarbons.

The Scottish government wants its fair share of the profits from the marine estate, particularly since Scotland has two-thirds of the UK's coastline.  Surely, now there is a devolved parliament in Scotland, it's only common sense to give the nation the earnings from their part of the marine estate?

But no.  Danny Alexander - how did this man ever become so powerful? - announced in a speech in Stornoway, a new fund which would, using Crown Estate profits, give help to coastal communities.  Charities and community groups are expected to benefit and will receive half the Crown Estate's marine revenues in Scotland which amount to £4 million a year but are likely to rise to around £40 million by 2021.

"... by accusing the Treasury of try-ing to “buy off Scotland’s coastal communities by offering them only 50% of their own resources” and said “this paltry announcement does not go nearly far enough”. source

Danny Alexander admitted the move was not to halt the SNP plans when he said:

"No, not at all. This is some- thing I have been committed to for some time. I started discussing the work here last summer. This is an attempt to set out a policy I care about and the UK Government is committed to. The SNP have put forward a proposal and we are considering it but this is a better way forward for the communities in Scotland.”


So Danny Alexander has had this new fund in planning while the Scottish government have made, what I would think are several, efforts to gain what rightly belongs to Scotland.  Where's Dave's coalition mantra of 'transparency and openness'?

What does that say about the Westminster government and the political astuteness of Danny Alexander in particular?

But that's not the end of the story.  Danny Alexander stated the fund would be administered by the Big Lottery.  I have experience of applying for Big Lottery funding and it's a very time consuming task which does need some legal input. Is it right that communities have to compete for money which could be distributed far more easily by simple arithmetical calculations?  I think not.

It's also shameful that Danny Alexander's fund will only proffer 50% of the actual income from the Scottish marine estate although, to be fair, highland communities are delighted because they've had no financial payback from their work.

Am I angry?  You bet and I would like to think that Alex Salmond and his government will use the arrogance of Danny Alexander saying he'd had the idea in mind when he's had several meetings with the Scottish government and not uttered a word.

Do I believe him?  Of course not.  He's stupid and has shown that David Cameron's 'respect' agenda is a lie. The man's a stool pigeon of Westminster's coalition government.
Tweet
Posted by subrosa at 19:58

If " .... Scotland has two-thirds of the UK's coastline." should the Scots pay 2/3rds the cost of Coastguards?

The money we are talking about was previously given to the Treasury. Now let's put aside the fact that a lot of us believe that Scotland should be independent, within the status quo that money was given to the government which means that in theory they are accountable for how it is spent.

Who exactly are the Big Lottery accountable to? I have had dealings with these people trying to support community groups seeking funding & it is like herding cats you can't get anywhere with them.

There is absolutely no justification for handing over what is public money to this un-elected & non democratic group.

Danny Alexander is a chancer who should never have reached cabinet rank, and wouldn't have if Cameron hadn't been so desperate to suck up to Clegg so he could be prime minister, a job for which he, himself, is extremely unsuited.

Hi SR,can some one please tell me what the "Big Lottery" has to do with the disbursement of government money, which is tax payers money in effect.
I assume this is to allow the shaped flow of money to "approved" recipients , same as the lottery funds. And just who is the administrators any way, what is their remit?
And the figures seem insignificant when compared with the amounts just handed to the EU, and India ,China,etc. And only half is being offered. People may be glad to get something instead of nothing, but to me, this whole thing seems a deliberate insult to Scotland.

Two-thirds of the coastline? Only because Scotland has more than its fair share of the crinkly bits. :)
As a Coventrian, there would have to be a pretty steep rise in sea level for me to get any benefit from the marine estate from the Alexander Formula so I feel unfairly left out.:(

Joe, I'm sure an independent Scotland would be happy to pay for a professional and well staffed coastguard.

Well said Observer. I don't know the details of your experience with the Lottery but mine wasn't pleasant and there is certainly on accountability.

Imagine him thinking he's get away with such a lame excuse Tris.

Hi Apogee. No I can't and I too think this is a gross insult.

Aye Brian, there are plenty crinkly bits but they too need watched over. Plenty inland Scots will feel the same as you no doubt.

Danny A is nothing but (insert your own expletives) as is Michael M.

Thanks for the link CH. There's plenty info about them online right enough.

Alexander is a fool used as a tool.

He is the one 'messenger' who legitimately deserves shooting.

A serious politician with two brain cells which may occasionally activate each other would never utter this tsunami of idiocy.

Come to think of it, and excuse my ignorance; but does this man represent a constituency up Inverness way?

I wonder how those who voted for him are feeling; now that he's flexing his intellectual capacity in a position of prominence by suggesting the Big Lottery runs their country?

He does Crinkly. He represents Inverness, Badenoch, Nairn and Strathspey,

which area of Cov, Brian. I'm in Radford me.

Wisnaeme, did you see the Peat Worrier mentioned your friend Robbie in a recent post?

No, but I know he's been upsetting folk in high places yet again.
...and the establishment is none too happy about himself tearing the administrators of speed cameras new wans.

Aye Brian, I know Green Lane. I was down at some of the shops your way today. Daventry Road. That's a hellish place to get a parking space sometimes, so it is.