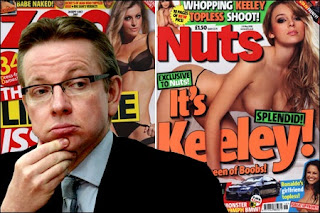 I’d kind of promised myself that I’d have a rest from blogging about education and then along came a link provided by Autonomous Mind to this post.
Within a very interesting article he says he is not in favour of the state educating any child. This is a lightbulb moment is it not? All the more so as a further commenter here makes the point that education is not compulsory; as in it is not compulsory for children to be educated within the state system albeit with certain legal requirements.
It reminded me, that in my time working with schools and educators I’d come to the conclusion, that things had to change but in order to have them change significantly it would take three cycles of children going through their entire education. Why that length of time? Because following changes, the first batch would still be tainted by the present system, the second batch would be truly the first to go through an improved system and the third batch would go through a completely changed, improved and delivering system. A long time? Well yes, but, of course, not a long time in the great scheme of things.
The answer of course is simpler. Move away from state (and religion but that’s another story) based education. It’s a no brainer. And conveniently, here we are with our good friend, Mr. Michael Gove, trying to facilitate free schools, which are free from local authority control. Of course this policy does not form part of the education strategy for Scotland but let’s hope that it soon will be.
This approach however, has been visited before. You’ll all be familiar with Dunblane and the terrible tragedy, which took place at a primary school there. In fact there was, and still is, a second primary school in Dunblane, St Mary’s Episcopal Primary School. The school was one of only two schools, the other being Dornoch Academy, in Scotland, which opted out from local authority control enabled by a policy, introduced by the Conservative Government in 1988. The school was well run, supported by committed parents and had been recognised as a good school with good results.
Following the election of a Labour Government in London, the opt out choice was removed and a prolonged battle ensued to have the school returned to the “stewardship” of the local council. The parents, teachers and pupils put up a pretty good fight to keep the school independent and whilst it was subsumed the school still continues to perform well.
Bottom line? Three options.
Firstly set up a free (independent) school from scratch. Lots of money required, but if what is being offered is appealing to enough parents, has credibility and longevity then it’s worth a go. (But only if you are in England).
Secondly, educate at home which is the cheapest, controlled and most flexible option. Gain the necessary permissions etc. (using “home education Scotland” as a search phrase in Google etc. will bring up a wealth of information and organisations who can help). No need to stick to a recognised curriculum although you would have to meet the local authority and EU requirements, which shouldn’t be an issue.
Thirdly. Stick with state education but get involved. Either become a parent helper, get elected as a member of the Parent Council or add value in supporting the delivery of extra curricular activities.
When I worked with schools I started off thinking that if I helped just one pupil move closer to their full potential it would be worthwhile. By the time I stopped I felt I had to help all of the pupils involved to move closer to their full potential.
petem130
Tweet
Posted by subrosa at 09:18

Sorry but Option (3) is a waste of time.

I served on School Boards back in the early days when they had some real (but highly circumscribed) powers, and we couldn't achieve anything worthwhile against the combined dead hands of the EIS and the Local Authority. Everything you think of is either forbidden or gets mired in the bureaucracy. Now, with even less (actually no) real powers, all these groups are just talking shops.

Option (2) is only for diehards with loads of time on their hands and plenty of spare energy to fight the powers, who will try all sorts of things to stop you, right down to accusing home-schoolers of being paedophiles.

Option (1) is the way to go, what a tragedy that Scotland isn't doing it.

I have some hopes that the Academy schools being introduced in England may help to break the combined grip of the Local Education Authorities and the highly politicised Teachers' unions.

But, of course, Labour will probably move to put them back under "democratic control" if they return to power.

The status quo isn't tolerable and should be challenged.

If we want change we have to become involved and follow through to achieve it.

I think there may well be potential in Academy Schools. Was this not a T Blair policy at one time?

Separating out politics from education should be a major policy.

My ex and I jumped ships when the eldest of our four (now adult) kids was due to go to middle school in Oxford. We ended up sending all of them to Steiner schools, which recognise that education must respect the inner spirit and being of every child. Frankly, state education, in England for sure, seems now to be little more than child abuse, and is in now way about "leading out" our little ones into the world.

Steiner pithily summed up the purpose of education to be "to produce free and responsible adults". My witness to the many children of friends who accompanied our kids thru' school is that this is what happened.

And no, they don't get left behind. Anything but. None of ours went to Uni, except the eldest as a mature student to the Royal Academy of Music (he plays the Baroque flute); they all decided they wanted the world of work, and are all now self-supporting, with no stupid debt to pay on a useless degree.

Add to that the nasty infiltration of the left into the education system, since the 60s, and we have a system in crisis. Well done Gove for enabling Free Schools. Where the state interferes, it fucks up. Excuse me, but that is the case.

There is a discussion on "free schools" on this forum thread:

Please scroll down as far as post 6 from HomeEdMum - it is excellent.

I think my own view that we need to at least consider an entirely different approach. Re-evaluate everything from school times, uniforms, teaching, course content...

Then there's how many students should we have and are they at college/uni to get a qualification or just being kept off the unemployment register etc. etc.

I've cut and paste the content into a doc and I'll go through it later.

My default on everything is that we can always improve things and there is always a way. Education is way too important to get wrong. Getting politicians out of education will help.

The programmes which feature Toby Young in his attempts to start a free school which mainly seemed to focus on the classics was a prime example of things not going as planned.

I might try to do a weekly blog on Education.

Thanks for that link Sheila. We did bone up a bit on home schooling when our first went to Steiner kindergarten in Herts. I am surprised at the number of countries world wide which have made home schooling illegal. We are in a minority.

A society which has the most choice is a better society IMO, so let us hope home education will continue to thrive and even those who do not opt for it, will support it. It seems to be the first line of attack by socialist governments (thus the banning of it in many countries). The UK should be proud that we have such a thriving home ed. community. It is something to be proud of. One really doesn't know what a freedom it is until a school fails you and your child only home education delivers somewhere to turn. Imagine it not being there and you *having* to use the school that is failing your child.

some of my punctuation and words went missing there! I hope you can understand what I was *trying* to say
:-)

If governments are truly committed to providing the best education for children as a means of driving the future success of the economy you would hope that they would maintain an element of choice for parents in choosing the best for their children.

Government indoctrination and control is not the same as education.

The state, doesn't yet, own our children although I'm sure it's an aim. Until the time it does, the freedom to choose which education is best suited to our children will continue to be a valuable asset.

The worst case scenario you mentioned, where a child is locked into education at a certain school because of geographical or resource parameters, is all to common.

All children deserve the opportunity to reach their full potential regardless of LEA dictats.

It comes as no surprise to me, that within my neighbourhood, the offspring most troublesome to both their parents and neighbours, most aggressively rebellious and defiant - are the children of teachers and social workers. I'm sure it is not universal, but an indication of the failings of 'the system'.