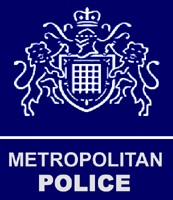 Yesterday, the Commons Home Affairs Select Committee rushed out a report - I understand it was made public at 5am - after it finished its inquiry into the phone hacking business - quite amazing when other Committees and inquiries - such as the Iraq inquiry - take months, if not more, to deliver preliminary findings.  We now have the evidence that our politicians can, if their reputations are at risk, produce reports within a very short time.

This report's conclusions were that deliberate attempts had been made by News International to thwart the various investigations and that there had been a catalogue of failures by the Metropolitan Police.

It's not surprising News International made efforts to obstruct police investigations, they had an excellent example to follow and it seems there are more revelations to come.

What is surprising is the ineptitude and lack of skills of the Met. As a teenager in Peebles, I vividly recall the bursting pride of a neighbour when she announced her son had been accepted for the Metropolitan Police. From pounding the streets of Peebles to pounding the pavements of the world's largest city was generally thought a extraordinary achievement for a laddie from a place which Londoners probably never even knew existed. Back then, when Dixon of Dock Green was the must-watch television programme, I thought the Met was, for obvious reasons, the best police force in the world. The media were keen to impress this upon their readers too at the time.

Robert Peel must be birling in his grave when he hears, from his modern day colleagues, excuses such as those under examination are obstructing their investigations.  In my naivety I thought the main duty of any police force is to use their skills to defeat obstructors, but I appear to be wrong. What is the 'elite' police force for if not for ensuring investigations are completed thoroughly and completely?

For senior Met officers to resign without reason shows the level of commitment these men have to their profession and fellow junior officers. It also shows the the Met, and perhaps forces throughout the UK, require complete restructuring.  We need - and deserve - a policing service which protects us and ensures those who break the laws of the land are duly punished.

Update: Since I wrote the above this morning David Cameron has made a statement in the House of Commons stating his intentions to make radical changes to the policing system. Ed Miliband continues to play the 'good guy' yet conveniently forgets his predecessors were deeply involved with the media in the past two decades. The BBC persists in its anti-government agenda, content in the thought that their competition has been firmly subdued.

The whole network and culture of the 3Ps (politicians, police and press) does not serve this country well. We deserve better and nobody more than Londoners who, although they have the biggest police force in the UK and one of the biggest in the world, appear to be of little priority to those in charge of their safety.

Will Cameron's changes make a difference? Being a cynic I doubt it but I'd be very happy to be proved wrong.
Tweet
Posted by subrosa at 19:25

SR -as you well know the world of good intentions achieves little and costs less.

'Retirement' for the top dogs is usually a euphemism for moving on and calling in their favours.

Along with Robert Peel I'm sure Jean Charles de Menezes will also be birling. One of the candidates for the two top jobs is Cresidda Dick, she who led the lamentable pursuit across London of an innocent man which ended in his horrific death in a London tube station. She was in charge yet she was not punished for her sheer incompetence and her appearance at the Inquiry brought forth no sign of remorse from her. Terrifying that she could be in one of the two top Met posts. Reminds me of that old adage, "Ye just canny get the staff."

Sorry, but I must disagree with the very title of the piece –
“Londoners Deserve Better”

It is this mistaken selfish attitude of elitist arrogance, along with a concomitant myopic view of the rest of the country that makes those living in and around London devoid of any of our sympathies.

We all deserve better – equally and without favour, whether we live in Lands End, John O’Groats or any point in-between.

Until there is equality for all in the services we receive, the growing social and political divide will merely give rise to unrest and disquiet throughout the country which will continue to deepen
The further one moves away from London, Westminster Village, the City, the Met – the more pronounced that differences becomes.

The MPS (previously known as the Met, the name change tells you enough) has been rotten for years. I look forward to locally-elected sheriffs.

When I went to ACPO to say this, they said, we're tracking your IP address, we know where to find you. I thought, at that point, I couldn't be arsed.

Cressida Dick has replaced John Yates at the Yard. She, of course, was the officer in charge of the Jean Charles de Menezes execution.

There is no talent in the Met. There is certainly none in the MPS.

I'm getting angry. Other people say this better.

It's not just Londoners who deserve better. It's the whole of the UK.

Hi SR. Have to say I would agree with the above. I wonder if the resignations had more to do with the preservation of pensions, and get out of the fire storm, than any thing else.

I don't think it was necessary for Stephenson to resign Crinkly,but I think he saw a political opportunity to go now the fan had been hit. He'll be no worse off financially and let's not forget, he'll no longer have the hassle of the Olympics.

Yes indeed Jo. I didn't mention Ms Dick because I was trying to control my anger about the appointment.

I'm sure there are many capable people within the Met who deserve promotion, but for one reason or another, they languish in the lower ranks.

Like most public services it's not always talent which acquires you the top job, it relies upon 'faces fitting' too.

The title was in connection with the Met JRB but we all deserve better and the actions of the Met reflect round the whole of the UK.

I have to admit my local police force provide a reasonable service but I've never had the pleasure (?) of meeting the heid bummers in recent years. Some years ago now I did work together with them and found them to be professional and competent.

It will be interesting to see how the proposal of locally elected sheriffs pans out John (McClane).

Apologies for using the old name but it will always be the Met to me.

Thanks for the link. I think most people will agree with the author. I certainly do.

Yes I'm with Jo and JRB too.

Hi Apogee, I certainly think Stephenson comes under your suggestion. He just didn't want the hassle.

As for Yates, well there's perhaps a long story there. We may never know though.

Those who saw Yates at work on the Cash for Peerages investigation had a high opinion of him, apparently. It was DPP who put the can on that investigation.

Personally, I felt he had to go after failing on the phone hacking re-investigation.

I remember seeing him on TV announcing he wasn't going to re-investigate Strathturret and wondered who was pulling his strings.

I think both of them would not have resigned if there wasn't something not quite right. Call me cynical but I think they're looking after their pensions. In any Inquiry if they were found out their pensions would be toast. They are both caught up in the original (abandoned) enquiry, are they not? I suppose the end of these two brings another overused word to our attention. Honourable. Pah!

MD McClane........I was polite. I said death. You put it more accurately for an execution it was. How many bullets pumped into him? Ms Cressida Dick was responsible and it was a shambles from start to finish. That her potential rise to a top position is not being opposed is seriously worrying.

The could have decided to get out before the fat became too hot Jo. Just a thought.