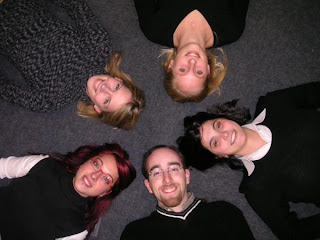 In my day what is called an intern now was called a trainee, but we insist upon importing Amerianisms so intern is today's buzz word.

Edinburgh university have been found out charging interns £5,000 for the pleasure of ensuring a 15 week placement with MSPs in the Scottish Parliament.  The left-wing is in uproar because they feel the interns should be paid the national minimum wage.  Oh dear, they have no idea of the value of good work placements do they.  When I was young I chose to do 'training', during my four week holidays, with the best the UK hotel industry had to offer. The experience was invaluable and I thought nothing of payment; indeed it was an honour to be working among such knowledge.

But Edinburgh university are being a little naughty because they're charging their students £5,560 for the Holyrood internship and without the knowledge, it seems, of the MSPs who take these young people under their wings.

Surely, if these interns are current registered students any workplacement should be included in their annual tuition fee.  Not so say Edinburgh university, the fee covers 'tuition, teaching, supervision, administration of the programme itself, as well as the central services which are vital to any educational experience'.

So it's only interns who benefit from the above and not all students.

As I know from experience having trainees shadow your every move can be very irritating/time-consuming/ enjoyable/invasive but if the trainee benefits from the experience (which they usually did) it was very worthwhile.

As the Herald suggests, the Scottish Parliament should reconsider this scheme now they're aware Edinburgh university is profiting so nicely from it.  I'd be much happier if a scheme could be funded by Scottish taxpayers; one in which interns could be chosen by talent and not by cheque book.  Certainly the current arrangement should be stopped as the only beneficiaries are Edinburgh university and the few who can afford the adventure.
Tweet
Posted by subrosa at 20:27

It would make a nice little earner for teacher training courses wouldn't it. In my day a period in schools getting teaching experience as a student teacher was part of the course, I assume it still is?

I believe so Woodsy because I haven't heard of on-job student teachers being paid a salary. Neither have I heard of them paying a rather handsome fee to their college for the privilege.

Well, they are being taught how to rip people off. Could be a good bit of training for aspiring politicians!

I'm sure it is Apogee!

Speaking of imported Americanism the worst one has to be that infuriating "you guys" which has now even invaded work places where all staff are referred to as "guys". I don't care if it is a phrase (allegedly) designed to cover both genders: it really doesn't belong in any professional workplace as a term to address all staff.

Anyone have any other detested Americanisms from over there that have now settled in over here?

I always associated internships with the field of medicine Subrosa.

Woodsy, yes, teachers still do placements during their training. I don't think they are paid tho. Must find out about that.

We used to call them students in our classes and it was always great when a student arrived because we'd do these brilliant projects. I still remember one lady teacher who came when I was in primary school and we did this massive project about ancient Greece. It was fabulous and we all loved it. We learned loads and drew pictures of the events we learned about and had a frieze that went all the way around the class.

I notice some young folk around here now use 'gotten' Jo.

The misuse of the word pupils to students is another which annoys. We all know a pupil is a young person in statutory education but with the word student taking over I'm often confused as to the age of the person discussed.

I can't say I associate the word with medicine Jo but then I know little about the subject.

Aye Jo, I remember the odd trainee taking our class in primary but none left anything like the impression yours did. I do hope she continued in the vocation.


In my day what is called an intern now was called a trainee,

Well as interns are unpaid the correct analogy technically would have been the 'work experience' boy or girl.

Trainees are paid members of staff on permanent contract, where as interns and 'work experience are not

Placements are also different as whilst not 'paid' by the company they are 'placed' at they are normally receiving a grant(payment) as part of their studies.

Sorry to be a pedant this late at night

Pavlov, back in my day working with trainees, work experience of work placement was unpaid. Of course that was some years ago now, but students didn't expect to be paid for on-job training. They thought it a privilege.

While they were on their registered college course they received their usual benefits. Of course some workplace trainers would give them a small financial reward, but that had nothing to do with me.

Please don't apologise. It's good to be kept updated and thanks.