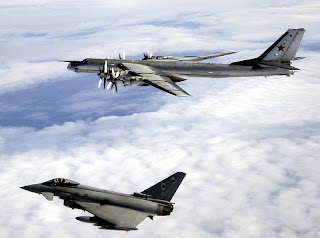 Yesterday a serviceman died in the Queen Elizabeth Hospital, Birmingham. Belonging to the 2nd Battalion, the Parachute Regiment, he was blown up by an IED in Helmand province on Wednesday and after treatment at Camp Bastion's military hospital, he was medevaced back to the UK.  His family were with him when he died.

360 military personnel have died in the Afghanistan war and Dave Cameron announced yesterday Britain is now at war with Libya.  Of course few in the media mention the 'war' word; conflict, uprising and combat are used to describe the reason for the presence of our armed forces in Afghanistan, but never war.

The Archbishop chronicles the PM as a 'statesman' for being the first to call for the enforcement of a no-fly zone and that the UN resolution 'is in a sense a diplomatic triumph for the Prime Minister...'.  There is nothing statesmanlike about a PM who has legislated for the redundancy of 100 trainee pilots and thousands of other military personnel - not to mention the military hardware he's having scrapped and the Scottish RAF bases he intends to close - yet he expects our armed forces to take a leading role in this new war. In recent months David Cameron was encouraging the sale of weapons to Gaddafi and he was content to do oil deals.  The fact that Gaddafi was a brutal dictator didn't deter him.

As for his 'diplomatic triumph', only two-thirds of the UN voted for the resolution; not exactly a triumph. That suggests to me that the international community is not united in this operation, especially if it drags on.  The UN Resolution 1973 (2011) leaves room for interpretation - a normal practice - but what does 'all necessary means' mean and what is the definition of 'occupation'?

Why are our military included in the aerial intervention of Libya?  I have no doubt those who favour it genuinely want to save civilians from a brutal regime, but the murder of Yvonne Fletcher, the Lockerbie tragedy and the discovery that Gaddafi had been supplying arms to the IRA were certainly incidents when a case could have been made for military intervention and justifiably so.  No doubt we will find out in due course.

Surely, if the Arab League nations do take part, it will be noticed that they will be supporting democracy abroad but not tolerating it at home.  It will be interesting to see what role, if any, Egypt and Tunisia decide to fulfil.

It's also hard to understand why, if state oppression triggers UK military intervention, why only Libya and not Bahrain?

Gaddafi has called the UN's bluff by announcing a cease fire.  Good timing.  Time to move his forces, reorganise his logistics and get his military into built up areas. A smart child could have made that prediction.

All I can hope for is a speedy conclusion to this war but, with our politicians' distinct lack of forward planning, my concern is for the 'after'.  Helping the introduction of democracy could turn out to be a thankless task. Like Afghanistan.  But we've now declared which side we support in a civil war so all we can do is wish those involved the very best of luck.

Update:  Although China abstained from the resolution it is contributing aid to Egypt and Tunisia.
Tweet
Posted by subrosa at 09:11

Rosa, l'm getting a sound file playing from your site for a min or so. What the hell is it? Very odd, some foreign language l don't recognise.

Your post mirrors my sentiments. Maybe l'll move to Germany :)

Modern tech, eh? I was trying to link to http://rt.com/usa/news/egypt-arming-libyan-rebels/

Hasn’t Mr Cameron done well, he has got his ‘no fly zone’.

But wait a minute - how does he intend to achieve this after the chaos that has been left by the Conservatives’ latest Defence Spending Review.

In order to know what and where Gaddafi has his air defences and aircraft, Mr Cameron will need the RAF’s top surveillance aircraft, which can only be the Nimrod, destined for the scrap heap – Ooops!

If anything gives rise for concern then Mr Cameron must quickly call up an airstrike. No problem if he had a carrier and Sea Harriers standing off-shore, but he has already scrapped those – Ooops!

His only resort is to base his aircraft at Akrotiri in Cyprus, a little in excess of 500miles from Libyan airspace. Not what might be called a ‘rapid response’ scenario – Ooops!

As for the Eurofighter/Typhoon, this must be the biggest white elephant in RAF history it has never fired a gun in anger. Oh, I forgot, it can’t fire a gun, it can only launch missiles – Ooops!

In the military, senior officers are recognised by the gold braid on their caps, referred to as ‘scrambled egg’. I’m afraid that in this instance Mr Cameron is only going to be left with ‘egg on his face’ – Ooops!

Sorry SH, it's the Japanese dog story video lifted from the Telegraph. I can't stop it starting when the blog's loaded but I'll alter the number of posts on the page and get rid of it.

Got the link thanks OR. I can't link in blog comments either for some reason.

I saw that story on Thursday elsewhere but couldn't find confirmation of it. Now that it's on RT then I take it as genuine.

It was shocking news Subrosa. I was sure someone would veto. Instead we got five abstentions one of whom was Germany.

The BBC, as a propaganda machine, is now right down there with the worst of them. Their coverage of this issue has been disgusting. Last night after a Libyan Foreign?) Minister appealed to the UN to send observers to oversee the ceasefire the anchor guy in the BBC studio actually started the studio debate with the questions, "Is there any way the UN can GET OUT OF ACCEPTING THE INVITE?" Why would the UN turn it down? Do you get the impression the UK doesn't WANT Libya to comply with the resolution so it can go in there and start bombing?

The phrase "Not in my name." comes to mind again for me. This is not humanitarian action this is regime change. Again.

Cameron is now up there with Blair in terms of deceit and crass stupidity. In fact he is even more stupid: he doesn't even KNOW who "the rebels" are or who we are dealing with, how many factions there are or what their aims are. What reckless policy to send our troops into such a situation.

And when we speak of "the Libyan people" are we including therein the millions who actually support Gaddafi? What will we do with them? Will we shoot them?

As you say, this is no attempt to do humanitarian anything: this is a declaration of war.

Morning JRB. He's using our quite useless Typhoons of course. What a total mess isn't it. Ah I see you've noted that.

It's appalling the 'on the hoof' decisions which are being made while the military is being dismantled bit by bit.

The parallels with the IRA Troubles in Northern Ireland spring to mind.

Imagine the furore that would have greeted a Gaddafi proclamation 20 years ago, that Britain MUST agree to a no-fly zone over Belfast!

Can a reader explain the difference?

The Nimrod R1's out of service date was extended to June. It will be more use than the Nimrod MRA4 would have been.
Typhoon has been able to fire its 27mm Mauser cannon since the 2008 u-turn. It's an excellent aircraft for Operation Ellamy. Where would the RAF be now if it had re-equipped with Super Tucanos or other COIN types as some advocated?
Won't aircraft be based at NAS Sigonella on Sicily? Nearer than Cyprus.
Three cheers for the Canadians sending Hornets over so quickly. The advantage of having a coalition is that the RAF doesn't have to do everything for the UN.

I can't Joe but I expect someone can.

Thanks for the info about the aircraft Brian.

I've no idea about Sicily but perhaps someone will know.

Well done the Canadians right enough. I hadn't heard about that when I wrote the post.

I don't think the fact there's a Westminster coalition has anything to do with the RAF not having to be the main air cover. In fact I think the coalition has been nothing but a deterrent to the strength of our armed forces.

Subrosa, apologies for might lack of clarity. I meant the UK-Canada-France-Italy-US coalition not the awful Westminster coalition. The one good thing about the dreadful news at the moment is the absence of the Dave'n'Nick Show. Just imagine the cold,clammy horror of wall-to-wall AV reporting.
btw if I did know for sure where the planes were flying from and how many, I would simply use the immortal phrase of the late Brian Hanrahan. I just hope they all come back safely.

I'm as much to blame for not thinking on a broader sphere Brian.

Sky have very recently detailed some flights. I too pray that they return safely.