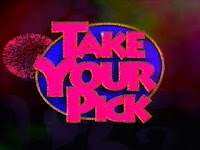 I've been knocked off my feet for the past 36 hours by a lurgy, so apologies for the hastily composed links this morning.

The Splitting Up Of British India

Hitler and the Mr Men

Get well soon, or sooner. Re India and splitting. Much the same happened in 1328 when the Norman King of England kept hold of most of old Northumbria. Had after Bannockburn the King of Scots asserted his claim to the lands north of the Mersey-Humber estuary line it might all have been very different.

Well you warned us what would happen when Lurgania was admitted to the EU.
Get well soon. You are precious to a lot of us.

Will look for it dognamedblue. Thanks.

Fine(ish) now Demetrius and thanks for your good wishes. Seems the bug is doing the rounds.

Yes indeed. Perhaps I should have mentioned that as an aside.

Ha ha Hamish. I blame it on a visit to Tesco. :) That's a very kind compliment. I'm blushing here.