An EU Ruling Which Must Be Ignored 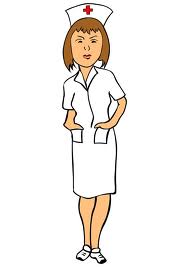 Why are our politicians so subservient to the EU? The answer is complex and of course money is involved, but when lives are risked it is the responsibility of politicians to take immediate action.  Yet they don't or won't.

Last year a friend who lives in Sussex had a dreadful experience in her local hospital.  She had been admitted for a small procedure and upon arrival she found she couldn't understand a word her 'allocated' nurse said. The nurse couldn't understand her either but when she went for help she was told the problem was her accent the nurse found difficult to understand.  Several more nursing staff appeared to speak or understand English and that evening she decided to discharge herself because she felt very unsafe in an environment in which she was unable to communicate.  A few months later she had her treatment at a small hospital in the west country where her mother lives.

In this part of Scotland I've never experienced problems with any medical staff whose understanding of English was poor, but many people in parts of England are not so fortunate.

Since last October when the EU banned the Nursing and Midwifery Council from testing the language and clinical skills of doctors and nurses coming from European countries, the number of European nurses registering to work in Britain has doubled.  In the first five months almost 1,500 new nurses arrived.

At last a couple of top medics, Lords Winston and Kakkar, have spoken out and warned the government of the dangers of the poor communication skills within the NHS. Lord Winston told peers the situation is 'intolerable'.

Some countries have side-stepped the ruling by ensuring candidates are tested by local health boards rather than a national watchdog. This should be happening in Britain. Why is this serious problem being ignored?

As I've said elsewhere, judging by the Eastern European carers at my grandson's nursery, at least they do care and the children seem to love them.
Recent reports on the care of elderly people by British Nurses, shows that many of them regard helping their patients with personal care as beneath their dignity. If these foreign nurses are anything like the carers at the nursery, at least they will help ensure that patients eat their meals and assist them in taking care of your personal needs.

It should be a warning to all when such eminent physicians as Lord Winston and Lord Kakkar feel they have to speak out on behalf of patient safety.
Their voices will hopefully highlight the extent and depth of this ever growing problem.

As patients we have a right to expect treatment and care from those, be they doctors or nurses, who meet our national standards of professional competency, and who can communicate easily and efficiently with us in our native language.

Current EU rules are putting our basic patient rights, and consequently our health, at severe risk.
Politicians of all parties must bring this erroneous situation to an end.

I need not remind us of Dr Ubani, who had limited English and who gave a patient a lethal overdose as he was unable to read the label on the injection.
Or of Dr Kolb who, in a moment of panic when things went wrong with a procedure in the operating theatre reverted to his native language, which none of the theatre staff could understand. The patient died.

It is interesting to note that other European countries manage to get round these EU rules.
France cleverly bends the rules to suit its own requirements, insisting that each of its local health authorities test any new staff in French language, culture and professional skills.
In Italy, apparently, it has never been a problem, simply because the Italians seem to just ignore the rules completely.

Perhaps we should adopt a similar approach as France or Italy.

I would have thought it is part of my human rights when attended by a medical practitioner of any rank that I can fully and understandably communicate with them ,surely a lack of communication is a grave lack of a qualification that the medical person must have to do their work correctly.
Any employer must be sure of the competence of an employee to do a job before hiring. He is not allowed to do this by EU directive.
Is this the EU refusing,and obstructing me from obtaining my human rights to competent medical treatment by this directive?

I have no doubt some foreign nurses make excellent carers EP because caring is inherent. That's the problem with our nurses now, the caring aspect has been overlooked because of the degree system.

JRB, as you know this isn't a new situation - it's been building up for years. What is wrong with our politicians?

Crikey! I never knew that, Rosie. Agree entirely that it's quite wrong, one has to wonder at the temerity of the EU sometimes. This is putting political ideology before patient comfort and, potentially, safety.

It's all about cheap labour and breaking the Unions. The Eu is strong arming the member states to get the wages down, privatise and cut social costs. This is being led by the IMF, World Bank along with a number of other wealthy & royal inbreds.

This started in the States in the 80's and I see the whole pattern so clear now in Europe since I have seen the total destruction of my Land by these nasty folks...We have the American imitation royal inbreds. Threw out one King and got us a few thousand more.

It's amazing to me how fast this goes in Europe, but the ground work for your collapse was already laid in The States.

I suppose we do now have one big new world and looks like we will all take the fall together unless folks wake up and show a little courage and a whole lot of cival disobedience.

I will check - but I wonder if nurses from e.g. New Zealand, Canada the States have to assure their UK employers that their understanding of verbal and written English is of a certain standard?

I recall in the past that any non-UK trained nurse had to fulfil a minimum ten week assessment and orientation before they were granted official recognition for formal Registration by the General Nursing Council to practice in the UK.

A very close relative of mine had to satisfy a thorough and testing process which required academic, personal,clinical and legal references as well as many other forms of personal, medical and physical assessment before being employed as a doctor in Australia.

Mmm interesting assessment Stranger and very possibly near the mark.

I'd be pleased if you could Clarinda. What you say about Australia also happens in Canada I believe.

The time to really worry, is when Air Traffic Controllers cease to have to be able to speak & understand English.

If that skill is a mandatory requirement for job, why can't it also be made mandatory for medical staff?

This applies to Scotland, England Wales and Northern Ireland. I'm sure many from the EU, EEA or overseas are competent but it would be rational to test, orientate and assess all non-UK trained applicants? Many may well exceed our criteria but there may be many who fail.

Clarindna says ''systematically'' test the language competence, that means there should not be systems in place which assume incompetence & thus discriminate against EU applicants.

It's the same with the other 3 points that Clarinda makes, the recruitment process cannot make it more difficult for EU citizens to get a job than UK ones, but that doesn't mean that the employers can't take into account communication skills.

It's the same thing you see with health & safety law. People are so cautious about that they make absolutely ridiculous policies which are simply not required, they have misread the law.

I have to say it is usually highly paid HR ''professionals'' who are usually to blame for this rubbish.

Observer - I have quoted directly from the NMC notes on line referring to their perceived role as professional regulator of the Registration of qualified nursing staff. They are not satisfied with the current restrictions on their regulatory role being superceeded by EU law and are currently in the process of negotiation.

I agree with your questioning of the word "systematically" - and there are probably many others! - but we do seem in the UK to be particularly tentative when EU law appears to hold sway over some of our historical customs, laws and mores that have stood us in perfectly good stead. By all means have change - but not to the detriment of current standards being replaced by lower common denominators.

In 1980 I was working in a Social Work office in the Glasgow area. I had been assigned a lady who was being demitted from the local psychiatric hospital. As there wasn't a lot of information on the referral I 'phoned her psychiatrist to find out what her status was and how I could assist her back into the community. Her psychiatrist couldn't speak any English at all. From the plethora of consonants in his name and the absence of vowels I deduced he was from some central African nation that retained some tribal language.

This started years ago with a trickle that has now become a flood. We were too polite to complain back then but now it's imperative that folks demand service in their own language.

In the late 1980's I tried to find a 'phone number for a company in Scotland using international directory assistance. I had done this many times before - being passed through local exchanges until I got to the one that could assist me. This time it was different. Everything had been centralized. First I was passed from Toronto to Montreal. I expected a Francophone operator who spoke reasonable English but instead found myself speaking to a Caribbean lady who had trouble understanding me. Never-the-less she passed me on to London England where I expected some Cockney to come on the line - but no - another lady from the Caribbean. This one spoke a sort of Pigin and had no comprehension of Scottish place names at all (there are youtube vids that present similar as comedy - this wasn't funny). That was as far as I got and the company I was trying to contact lost some business that day because this lady at the London exchange didn't know the language or the country. True story.

I don't know Joe. It certainly should be and also the skill level should be tested don't you think?

May I thank you for the information Clarinda. Very kind of you.

Yes, many may exceed our level of skill but I'm sure many do not.

It seems that way to me too Observer, but who would do the testing within the NHS. With it being such a large organisation there would have to be a 'system' for testing, so back to square one.

It's a nonsense we cannot test those who have qualified in skills in a foreign country. Dangerous is some cases.

I'm sure, in a similar way, thousands could tell the same story McGonagall.

It's actually up to us to protest I think. The problem is when it's telephone business they other end just cuts you off.