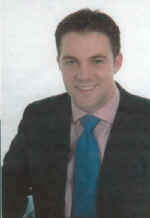 There's a by-election happening in Glasgow next month, so every word every candidate utters is being analysed and critised.
Today in the press it's David Kerr's turn to be pilloried.
During a radio debate he said, "After 74 years, for all the huff and puff, nothing has been achieved.
"We created ghettos of social housing and, by dint, ghettos of poverty as well."
Labour candidate said, "He'd rather talk our area down than solve the problems we have. Calling our area a ghetto is a disgusting slur to local people."
Labour MSP Paul Martin added, "Like Willie, I have lived in this constituency all my life and know how offensive this kind of sneering comment is. He is talking down at people."
While I think 'ghetto' is perhaps a poor choice of word because of certain connotations, I understand perfectly what David Kerr means. During the Glasgow East by-election I canvassed in the area and the main complaints were:
It's all very well to build new houses but there aren't any shops or other amenities. They're closing the school and have built a bigger school, but that's quite a walk away. Health facilities are also not within walking distance. We were promised all these things but, said one woman, I've been here 7 years now and nothing has happened.
To many the heart had been ripped out of the community particularly with the school being moved so far.
Yes, the new houses did look good but most new houses had transport sitting outside. Many people can't afford cars so rely on local services or buses to go about their business. The size of some council estates is vast in cities like Glasgow but planners lack the skill of ensuring the balance of new housing is appropriate to the developer's plans.
It's not only council estates which are affected in this way. When I returned to Scotland I lived in a small village outside Perth. This village was ripe for development and the plans included a pub, shops and community centre. In the years I lived there none of these promises came to fruition and the small local shop struggled to serve a growing community. Incomers had no choice but to use Perth as their local centre, but the one thing which did keep the community together was the village school. It expanded and cope with the influx of young families and with an excellent Head, it became the focus of the community.
The die was cast years ago when the developers were too interested in only building houses instead of communities and I think many areas of Scotland suffered in the same manner. Planning departments passed proposals for village styled estates which looked paradise on paper, but the councils allowed builders to concentrate purely on housing.
I'm quite sure the people of Glasgow North East understand what David Kerr meant when he said what he did. What labour forget is that when housing is built without appropriate local services, this does create poverty - not necessarily financial poverty, but the poverty of loneliness and isolation. That kills too.
Tweet
Posted by subrosa at 14:07

This 'talking down' schtick is standard Labour rhetoric when the desolation wrought by their 70-year Reich in central Scotland is pointed out. It's got the same logic as Adolf Hitler claiming that concern for the plight of those in extermination camps is 'talking down the Jews'.

Classic Labour tactics, "talking down"- the naked attempt to paint a false persona onto the opposition. This is mainly conducted by Labour, against all oponents universally- because in Scotland they no longer have anything to offer. Socialism is dead, killed off by New Labour spawn, social-democracy- nah they last 11 years have been a small 'c' conservative government.

Although wishing a major Labour defeat, I will predict a hold by 5000 votes. Here is to hoping I'm way off track!

This man Kerr is speaking from the heart and talking sense.

It is on a subject matter which I know a fair bit about. As one who is getting on a bit would say; those who live the longest tend to have seen, done and have had more life experiences than most others.

...and the sum of those life experiences influence every woken thought and action.

In today's society the sense of community and of belonging to it seems to have lost it's importance and sense of place to some degree and I deeply mourn it's passing.

We have become worshipers of 'self' and selfishness in our hell bent striving for possesion of materials and things to the detriment of all else. There is no doubt politicians and commercial organisations have used this greed is good for you to aquisition to their best advantage. Maggie's free enterterprise works is but one example of this. The centralisation of public services and PFI are just what the doctor ordered when engaged in the destruction of communities, community spirit and togetherness.
Afterall, is it not a fact that it is the power that communities banding together to oppose whatever that the centralists fear most. Therefore it is better that this opposition to whatever the centralists desire is to be divided dismantled and neutered.

What was the local school, hospital, public utility, intrastructure service has been replaced by something else. Even when that utility or service remains in situe, it no longer belongs to the community. It belongs to the privateers with their letters of mark. It's is not theirs and it is not them that take the decision making that affects them and theirs. Going through the motions of pretendy local democracy by bureacrates, apparachnics, swivel serpents and politcos who have other agendas to to serve does not strengthen or unit communities and hence engage and nuture them.

...and that suits the centralists purpose of divide and rule admirably. Before folk can reclaim Westmidden they must have a power base to work from and only by reclaiming their local services, their local utilities, their local pride in achievement and worth will such opposition be generated to make these cretins and self servers in beezness and politics sit up, take notice and act accordingly.

Small is beautiful, doncha know.
Whether it be a local doctor's surgery, local hospital or local whatever. We have seen many examples of out of town supermakets destroying the heart of many little local businesses.
The loss of so many local services is an act of sheer vandalism in it's destruction of community and all what it stands for. The sub post office is but one example.
Have you ever entered an out of town whatever, be it supermarket or hospital and be address by name by a person who knows you, your family, your friends and your concerns and needs?
In England the destruction and privatisation of such local services and ammenities is causing untold damage to a sense of community and community spirit and self worth. Plans for the removal of local JP medical services and the abolishing of 'catchments' to be replaced by annoymous 'hubs' whose professionals don't know you from Adam or Eve unless they peer into a computer moniter is an act of sheer destruction of a customer or client's self worth of being a somebody, of being an individual.

Aye yon fella Kerr has it in one, right enough.

I do not wish to be a battery hen or an object on a production line impregnated with a barcode.

Time we had a 'local communities are us' recovery and reclamation revolution and sent the centralist control freaks and their special interest beezness pals to hell in a hand cairt.

But they are ghettos. Like yer take Wisaeme but think we're going to get more of that action now nations have been made redundant by the corporatist EU.

Seems to me that you (and us over in the US, for that matter--we've had the same happen all over the country) didn't need to have the EU do it. Others were more than willing.

I hope you can turn the tide. I very sincerely do. I've given up over here, I'm afraid.

Ghetto is probably a politically incorrect word in Labour speak, as well as a very inconvenient one for Labour). It is certainly an emotive one.

Paul Martin makes me laugh or weep, I don't really know which. I've seen the Martin's house. It's not exactly your average pad for the constituency, and Mr Martin's upbringing won't exactly be typical of the area either.

I think Dean may be right about the outcome (Labour will do ANYTHING to hold this seat), but like him I very very much hope I'm wrong... or that there is a long postal strike.

Vronsky, surely you know labour can do no wrong in Scotland. So a labour councillor once told me.

Dean, I don't think David Kerr will be too upset. Any publicity is good publicity during a campaign, especially when labout trot our their old 'that's offensive' chat.

Great comment wisnaeme. Somehow I think in a few generation's time we'll all be barcoded.

I don't know if we can turn the tide Jeanne. There's no interest in keeping communities here, not from the politicians anyway.

I don't know the area at all well Tris but I can well imagine Martin's home. He'll not be without his luxuries.

Wonder how well the postal voting is going in the area and if the Irish company is involved again. I expect so.

Just a further observation. I was in the audience at the radio debate when David made the comment. It really did make me groan inside ("deprived area" is another touchy phrase), but to be honest Willie did not make any fuss about it. Instead he seized on the chance to make the '74 year history' speech which he had already scripted. The "outrage" is cooked up afterwards when he is writing a press release with Paul Martin. I haven't looked, but you can bet the words on his website tie quite closely with those of the Record. They often do as the press release is taken verbatim from the fax machine straight to the typesetters (figuratively speaking).

And, just to be trivial, since we are talking about using the right words, a "die" is usually cast (as in a mould being shaped) and not a "dye". :-)

Interesting Mek, wouldn't surprise me either as that used to happen in Dundee when it was labour controlled.

I shall amend my spelling right way. Didn't think it looked right but didn't have time to double check as I usually do.

Judge for yourself if the constituency is a ghetto by visiting a collection of 1600 photos from the area taken over 10years:

Thank you GNE, some super photos there.

What still requires an answer for me is why does some of the Glasgow area have the worst health statistics in Europe? If all is rosy then that shouldn't be.

Remember, Willie Bain is the one who promised to bring "Better Shops" to Glasgow NE.

Cheers Willie! You may have noticed the dozens of shopkeepers now displaying "John Smeaton supports our excellent local shopkeepers".

Keep up the good work.

I know nothing about Willie Bain Alan but I'm pleased to hear the shopkeepers support someone other than him.