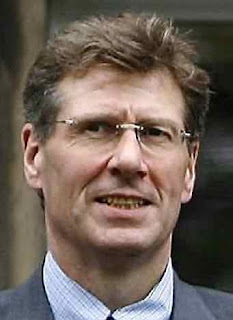 Kenny MacAskill, Justice Secretary in the Scottish government, has visited Greenock prison this morning to speak to Abdelbaset Ali Mohmed Al Megrahi. Mr Megrahi was convicted in 2001 of 270 counts of murder for his part in the bombing of the Pan Am Flight 103 over Lockerbie on 21 December 1988. He has maintained his innocence.
Mr MacAskill has received a request from Libya for Mr Megrahi to be returned there to finish his sentence. He has spoken with the families of those who were killed and others connected with the case. The visit this morning was private and it is reported Mr MacAskill will not be giving interviews.
Mr Megrahi was diagnosed with prostate cancer in 2008.
Tweet
Posted by subrosa at 11:07