The Palace Pulls Up The Drawbridge 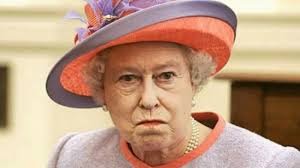 It wasn’t so long ago HM The Queen - Lizzie or Queenie in this part of her domain - announced her intention to make the royalty business much more open and transparent in keeping with the mood of the moment.  The Prime Minister immediately added the clause to the Freedom of Information Act in an attempt to show that Lizzie wish was his command.

Some applauded her sentiment and understanding of the public’s views. Some didn’t and I was one of them.  Being a bit of a cynic my first thought was ‘Why?’ The answer seemed to be she was responding to her critics who question the necessity for her family to be subsidised by public money when they’re one of the richest families and landowners in the United Kingdom. Must keep the sheeple happy.

Today I discovered Lizzie’s largess with her public information files is to be withdrawn immediately.  Nae mair news frae the Palace.  Nae mair leaks of questionable correspondence between the royals and their subjects.  What are the London elite going to talk about over their candlelit dinners now?  I suppose there’s always Bob Geldorf or Bono or another celeb of limited talent well past their sell-by date.

Why the rush for another revision of the FoI Act?  The old adage ‘nothing to hide, nothing to fear’ springs to mind.  Someone’s been naughty, really naughty and we ought to be told;  after all we pay handsomely for their luxurious lifestyles.

Now if you wanted to ask the question of whether in the 21st century we still need an unelected hereditary royal family and associated system of patronage and peerage – that is indeed another question worthy of debate.

Indeed, candlelight dinners will never be the same again, and as I was brought up to believe that politics and religion were taboo for the dinner table, what will we talk about?
( … by the way – who are Bob Geldorf and Bono – are they characters from ‘The Hobbit’?)

JRB I agree with personal affairs being private but those of Royal PLC ought to be available to the public.

I was informed the two individuals are well heeled average performers who, for reasons I’ve never understood, managed to enthral a large percentage of the population with their ‘skills’. They consistently appear on the London celeb circuit. :D

JRB - Your knowledge of the works of JRR Tolkien is a disgrace.

@ Conan … my apologies; had I known you were a devotee I would have suggested that Geldorf and Bono sound like some geriatric old Muggle and his singing dog from the Harry Potter series … Ooops, apologies to Harry Potter fans

I think this sudden withdrawal of public scrutiny of this information is probably driven by the current campaign by Exaro News, investigating paedophile links in Buckingham palace to the CSA enquiry. They won't want embarrassing stuff coming out to all and sundry under FOI requests.

We're well in surplus from the Royals

Sometimes I wish there was a god. Then we could send Him/Her/It an FoI asking if they have a right to claim divine right or is it just marketing puff?

I think you may well be right Humerous Vegetable.

Elby, when I reached ‘According to Buckingham Palace’ my consciousness switched to cynical mode.