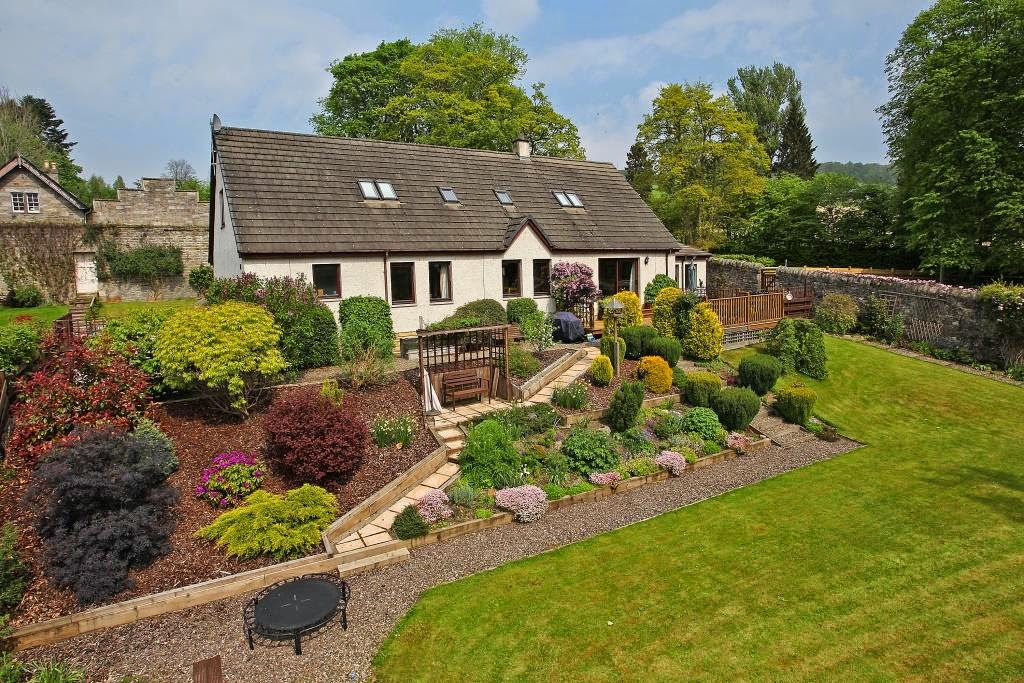 LBTT is the acronym for Land and Buildings Transaction Tax. In Scotland this new tax will replace stamp duty.

Last week George Osborne used his Autumn statement to announce an overhaul of of stamp duty that will result in families across the UK paying thousands of pounds less from last Thursday.

But George Osborne’s cut will only apply in Scotland until April, when control over the levy is passed to the Scottish Parliament and John Swinney replaces it with LBTT.

Those buying a normal family home in England will continue to pay 5% of the purchase price above £250,000 but the changeover to John Swinney’s LBTT means Scottish home purchasers will have to pay 10% above that sum making purchasers pay 5% more than their English counterparts.

John Swinney insists that 80% of Scottish buyers will be better off under his plans I’m told.  Really?  I’ve done a small calculation of homes in my nearest town and apart from flats - although there are a few advertised over the £250,000 threshold - my figure resulted in over 60% of homes here showing they will be affected by this extra 5% tax in comparison to English homes.

My local town isn’t Edinburgh or regarded as ‘a posh place’ in Scots jargon. It’s an average rural town with a population of roughly 20,000 and a mix of homes.  In recent years Perth and Kinross Council has actively encouraged national builders to come here and build expensive family homes. Regular readers will know I participated in a protest about a development which was built on greenbelt when there were plenty of other sites available.  (An interesting update to this development is that the 25% social housing has been cancelled with the reason supplied ‘the housing organisation involved could not acquire the funding’. How convenient.  Now that particular developer can go ahead and build £300,000+ homes on the site planned for social housing and receive much greater profits).

Back in October John Swinney was warned he was placing too much burden on the middle classes when he announced the BBTT rates in October, but the tax hike we Scots now face is much steeper thanks to George Osborne’s reforms.

Those buying a £275,00 property in England - the cost of the average British home - will pay £3,750 stamp duty compared to £8,250 under the old system, but here in Scotland we will see bills increase to £4,800 under LBTT thanks to the rates and bands John Swinney has chosen.

John Swinney is quoted as saying his rates and bands were ‘designed for Scottish circumstances, not London house prices’.  My local town is his local town. He needs to have a rethink about his LBTT rates because most homes in the multitude of new developments are priced over £250,000 and there are plenty of them awaiting owners.

Mr Swinney’s constituency of North Perthshire is regarded as fairly affluent mainly due to agriculture, but it has pockets of strong Tory supporters.  They are the only voices to be heard regarding the LBTT this week.  I hope more join in the conversation regardless of party affiliations. Not only will his excessive 10% rate halt the sale of new homes, it will suppress the natural value of them.

Living in the rural Highlands I’m afraid I must disagree with you.

Here we have the problem of an ever growing number of large expensive houses. These properties are owned by executives and their families who are happy to commute from their country playground to the Highland capital, or even through to Aberdeen.
Just as you have experienced in Perthshire, developers who would cater for such executive property taste, repeatedly fail to build any social/affordable housing.

The consequence of all this is having a detrimental; I would say disastrous; effect upon Highland rural life.
These new home owners are often transient. As they move to bigger and better jobs they expect bigger and better houses.
Having moved into their country playground for its peace and tranquillity, they still demand the level of services and utilities you would expect in a city centre.

And what of the indigenous population – they are very much in decline – it is the Highland clearances again.
The young cannot find affordable accommodation so leave for the big cities of the south.
Any established property that becomes available is immediately bought for development at a price far out with what is locally affordable.

Land and Buildings Transaction Tax – for sure – in fact double it!


[as an aside:- on first viewing your page I thought this piece was an article on sexual orientation – I had misread LBTT as LGBT – just put it down to old age]

JRB, the same has been happening here for the past 10 years and it’s John Swinney’s constituency. Hundreds of expensive houses built with no sign of social housing (as I said in the post).

The problem with the LBTT is that there are many ‘average’ homes here over the threshold sum (many only slightly) and this will depress the actual value of these homes, whilst the new executive ones will be for much wealthier people.

Most 30 somethings I know do own their own home here but that’s because they have two incomes and only one or two children. They can buy a three bedroomed box on a new estate for a few pence short of £200,000 with mortgage assistance (whatever that means but it’s on the advertising boards).

Unlike you we don’t appear to have a problem with homes for young people or to rent. As I said, we have a surplus (of around 200 homes) - some of which have been on the market over 2 years.

C'mon, that has to be great news for local small builders.

Those with the space & planning permission will be able to add an extension (sideways or upwards), and still have change to furnish it.

Charging people 10% for the privilege of moving house is unjustifiable daylight robbery.

I don't know enough about the situation north o' the border, but I suspect down south, Farage will give Cameron & Miliband a good kicking next year.

I don't see the logic of any sort of transaction tax. Why levy a tax when someone buys something and why a special tax on houses? On the one hand politicians want 'economic' activity and on the other they tax it!
If people stay put there are no extra jobs for estate agents, solicitors, DIY shops, builders etc.
Big houses in the country, if it is a problem, is a planning issue. People being rich, if you are a rabid socialist, is 'solved' by tax on income or, (and this I like), a maximum ratio between highest paid and lowest paid in a company, (if a business is so marginal that it pays minimum wage at the bottom then it can't afford £M salaries at the top either). Of course that won't work because 'management services' will be bought in from 'another' company, bit like the way Costa-Lotta-Coffee make no profits because they 'have' to buy the rights to the logo from 'another' company!

Joe, moving house is not necessarily a privilege but a necessity.

JimS, pwning a house worth over £250,000 doesn’t mean the owner is rolling in money. I’m really fed up of radical left wingers getting air time to vent their silly remarks.

People work hard to use their money as they wish. Seems in today’s Scotland there’s a deep jealousy if someone owns a home around that value. That makes me feel very uncomfortable.

Unless its happening to someone else nobody likes any type or amount of tax. So why is a cause regarding the lessening of corporation tax exemplified as a race to the bottom, while the bottom as defined by Westminster in another tax has to be a benchmark for Scotland? Surely the whole argument for independence is based on the recognition that the demographics and associated economics are entirely different?

In fact the whole housing industry is overvalued and overpriced to suit the marketeers of mortgages. It inflates land costs and house prices with very little regard to the quality and efficacy of the actual product built.

Scotland would do well to equate the cost of construction with a quality demanded by its environment while revaluing the costs associated with land and mortgages. Getting these two factors right would see a far greater choice and spectrum of homes available in the market and a 25% reduction on their actual cost.