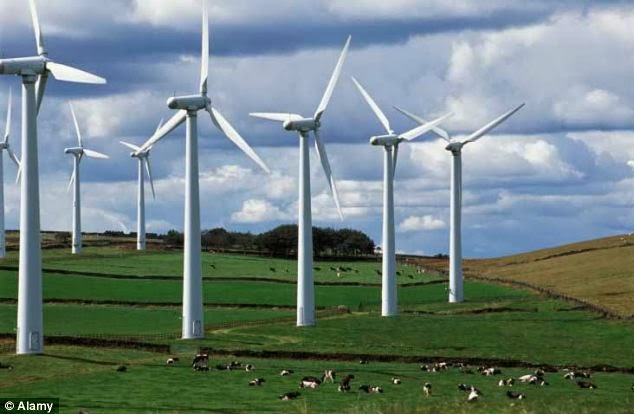 It was an email from Joe Public which caused me to do a little research into the latest news about windmills and other renewable energy sources.

Joe drew my attention to the Scottish Climate and Energy Forum, which has been working to produce a survey on the background of participants in the climate debate.  Their website advises that, after some excellent feedback, the survey is ready.

The aim of the survey is to understand the nature and background of those interested in the climate debate online.  It will provide an invaluable insight into the education and work experience of participants, test the relevance of politics in forming views and assess employment and social factors for their relationship with views on climate.

I completed it a few days ago. It takes less than 10 minutes so if you have a spare 10 minutes, please give it a go.

There has been little said about the latest U-turn from the EU here in Scotland.  Maybe the Scottish Government is waiting for the anger concerning their £400,000 gift to support Malawi’s green policies to die down before they comment.

The EU has scrapped rules that bind countries to renewable energy targets and thereby lifting demands that Britain build more wind and solar farms.  The change paves the way for the Westminster government to expand its use of nuclear power and develop tracking as a major energy source.  Britain will still have to provide 15% of its energy from renewable power by 2020, but after that there will be no target.

Why is Alex Salmond and his ridiculous renewable target policy not been highly criticised in the Scottish press?  He’s tying an expensive millstone around our necks and yet there’s hardly a whimper from the public.  How much cooler will the planet be if we stopped the UK emissions at zero?  None whatsoever.

Even if we in the UK doubled our emissions, it would not effect the global climate at all, or at worst, it will have such a small effect that it would be indistinguishable from error or noise.

Why are we doing it?  Why are we spending billions on something that is guaranteed to have NO global effect whatsoever?

The CEO of my own energy supplier blames our high bills on me - and you. ‘Households waste so much power’ Paul Massara of Npower said ahead of a report which his German-owned company published earlier this week.  It says the cost of green taxes and eco schemes will rise by 272%, (from £75 in 2007 to at least £279 by 2020), thereby driving up energy bills.  Ofgem say Npower has its facts wrong.

He also states suppliers are responsible for only 20% of a bill.  The bills are high because we waste so much. Maybe his daughters need to learn to turn off lights  and appliances when not needed.

Don’t forget to do the survey. The SCEF do great work and deserve support.  Thanks.
Tweet
Posted by subrosa at 09:33

Thanks Subrosa and Joe for providing the links - have duly completed the questionnaire.
The final question of the survey asks for comment; I thought I would share my comment with you …

I find it incomprehensible as to why the Scottish Government clings so vehemently to mere opinion, which has effectively degenerated into blind dogma.

"How much cooler will the planet be if we stopped the UK emissions at zero?"

Our world may soon need all the CO2 emissions possible.

Even if you accept that climate change is mostly man made the policies and practices being employed to combat it are wrong. It now appears the current cost of combating it is greater than the benefit of doing nothing until at least 2084 by which time innovation and technological advances will probably have cured the problem anyway. Doing nothing is of course not a viable option as there are effects which may be from climate change or not which are measurable, tangible and observable. Using less money than that being thrown at renewables and the like that is being implemented based upon crystal ball gazing climate models (when has predicting the future ever been usefully accurate? Never I would say) and spending it more wisely on that which is irrefutably known will be more beneficial and will improve our well being and prosperity. Were as if we continue on the current path I see nothing but hardship and impoverishment.

The energy bosses accuse us of using too much energy. This is the first time I've ever heard a company complaining that we use too much of their product and are wasting it.
All other businesses encourage you to buy too much and waste the surplus, supermarkets are typical with their perishable goods, invariably in packs which are far too big for the two of us so some gets wasted.

EP. Part of the EU energy strategy is energy rationing which of course relies on C500 million EU citizens playing ball by reducing consumption. That says a lot about the mindset of EU technocrats and politicians Europe wide they are relying on the socialist central planning and control concept which we all know from the places like the USSR in the past and places like Venezuela in the present that it is a recipe for disaster.

I did the survey (for all the good it will do) and left the following comment at the end:

'Climate Change' is a weapon being used against the people to help create global governance through legislation and taxes and ultimately to reduce the population via UN Agenda 21 to "save the planet!" The reality is that the sceptics can be trusted more than the 'experts', politicians and media and we know how all three groups get things spectacularly wrong (whether accidentally or deliberately). And I see more mainstream reports that we are heading towards another ice age.

The Climate Change Act 2008, which commits the UK to cutting our carbon output by at least 80% between the 1990 figure and 2050, will be catastrophic if allowed to continue, both economically and the extra thousands of deaths in winter due to spiralling prices and intermittent power supplies (already predicted in the next three years).

There is a particular agenda going on to deindustrialise the West - while the Far East is allowed to continue to chug out vast amounts of pollution and send goods to the West on tankers that spew out vast amounts of sulphur due to the cheap oil they run on. But we have these crazy laws and taxes destroying our competitiveness and so the net carbon output increases. How stupid do you need to be to believe there is a real problem when those in power operate this way?

The chicanery must stop and until it does, nobody ought to believe what the alarmists are saying.

I don’t think they cling vehemently JRB or even cling at all. From what I’ve read about various ‘consultations’, it would appear the decisions have been made long before any consultations close.

Thank you for the links Joe. Interesting reading.

Excellent comment Antisthenes and I’m sure quite a few readers will agree with you.

EP, wasn’t that a stupid comment from Npower? I shook my head in despair.

Good points Stewart and well made.