When Will This Stupidity End? 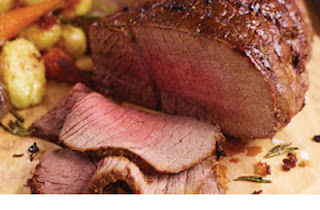 I'm dreading meeting my farmer friends because I know they will be incandescent with rage at this. My butcher will be too I expect because people are reducing the amount of meat they buy, not for environmental reasons, but because they're having to cut back on the overall cost of food. His beef can be traced right back to the farm and herd, but no doubt the EU will require more evidence.

Here is some more detail about this latest ludicrous suggestion.

Swedish agricultural authorities are recommending a tax to reduce meat (mainly beef) consumption and say such a levy should be adopted across the European Union.

Voluntary actions by consumers and firms are probably not enough to reach existing environmental and climate goals, the Swedish Board of Agriculture said.  Therefore, a meat tax not only in Sweden but at EU level, could be the solution.

I understand the Swedish government's concern for attempting to reduce the production of meat from unsustainable sources, but such proposals will surely increase the price of all meat, regardless of its sustainability.

As for the argument that this would reduce emissions therefore reduce global warming, well what can I say?

The Swedish government suggested this earlier this year and now we learn the EU has ordered a study.  As many of you will be aware, once the EU direct a study then the subject is more or less signed and sealed. It may take a few years - others called for this a few years ago - but it will be contained in some EU directive in the future.

When will this stupidity end?
Tweet
Posted by subrosa at 09:18

The answer may be "selective cannibalism"?

This kills two birds with one stone; provides sustenance for the needy, and, removes CO2/CH4-belching politicians from the gene-pool.

Its in the Daily Express, there-for, its bullshit - literally.

Apparently the Swedish Finance Minister Anders Borg has ruled it out. (http://www.thelocal.se/45746/20130122/ among other sources of news.)

In the same article, the Swedish Board of Agriculture clarified that it would need to be 'international' - not just a local or EU measure.

As usual the Express cherry pick and add in an anti-EU slant.

Personally I'm no fan of the EU, the press don't need to be making stuff up about it when they (the EU) are doing so much actual daft stuff.

Seriously though, The Daily Express? ;-)

I wouldn’t be too quick to dismiss the thought of an EU tax on meat.

These reports follow on from an earlier Dutch proposal by the Democratic and Green parties to implement a punitive 19% VAT on meat products.

But why do the Europeans seem intent on taxing meat?

Simply because the vast majority of meat from continental Europe is derived from ex-dairy cattle – which to be honest is totally tasteless crap. The only way to make it edible is by processing.
The few herds of excellent continental beef cattle are supplying the luxury end of the market and sales are prohibitive on price and availability.

Here in Scotland we are in the unique position of having readily available the highest quality beef from outstanding herds of the finest beef cattle at reasonably affordable prices.

So don’t think for one minute that this topic is just a piece of Daily Express tat - this is a real and genuine threat to Scottish Beef.

You have been warned!

Sorry, but I don't understand the Swedish view on this from any point, especially an environmental one.
If we follow the money,at the end we get more taxes, who benefits from this? why none other than politicians who benefit from picking our pockets. Environment? Because cows fart and produce methane? So do humans. So at roughly 4 humans to each cow equivalent, there is a lot more humans than cattle.Should the cull start with politicians? So where do we go with this, is the suggestion we should just kill the cattle then bury them rather than eat them?
No , this is a cynical attempt to rob the voters, like you, with spurious reasons,you will note also they want all governments in on agreeing this robbery , to spread the blame. Next time think before you vote just what you are voting for.And if you dont like something, write to your local MP, MSP or whatever is appropriate, if enough do it they will take notice.

I suspect that MPs only take notice of letters which agree with their own position - useful to quote as 'evidence'.

Actually pa_broon, it's not bullshit. There are plenty links to substantiate it. I only linked to one but this has been rumbling away for a few years now.

If you look at the EU website you will see a study is underway, so the reporting is accurate. Sorry I should have linked to the EU site too.

I'm not dismissing it JRB, because, as you say much of the meat is such poor quality. My concern is about Scottish farmers and their meat. They'll be hit by more regulation etc., and you're right about this being a threat to them.