For Once I Support The MoD 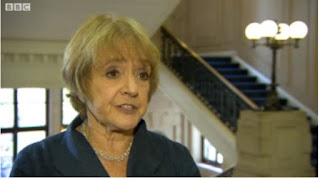 Try as I may I can't download a BBC video and then embed it here so please view  it here.

It never ceases to amaze me how hypocritical politicians are and what short-term memories they seem to possess.

I'm aware the MoD is a monstrous government department - the building itself and the anonymity of the endless corridors conveys inefficiency somehow - but how do politicians expect accurate levels of spending on military equipment over the next decade when officials have little or no idea of what war will be our leaders' next choice?

The cost of the Afghanistan war had reached £17.4 billion six months ago and that sum excludes military salaries. Our exit strategy has yet to be finalised because Pakistani leaders can't decide if or when they will open their borders to allow our troops a way out. One thing is certain, the military will have to leave a great amount of equipment behind, the cost of which will run into another few £billions.

Then there is the £70m we will be contributing a year to help pay for the Afghan National Security Forces plus an aid programme in excess of £70m a year for Afghanistan, according to the Prime Minister.

Surely Margaret Hodge is aware, after her party send our troops to war in Iraq, that the only figures the MoD can project for equipment are those plucked out of thin air?

Of course it will be much easier to give accurate forecasts for salaries and that figure should be reducing year on year as they continue to sack personnel.  This country will suffer for this short-termism because the proposal to rebuild our military by using TA members is backfiring.  But that's another story.

We are in this situation due to our leaders inability to understand and admit what the enemy is. Due to Political Correctness they never will!

Perhaps the time has come for Great Britain to realise that she is no longer the super power she thought she once was or that she is the world’s policeman at the beck and call of America.

Rather, she is a small island off the coast of western Europe who finds herself in difficult financial times and perhaps, just perhaps, she should ‘cut her coat according to her cloth’.

Then perhaps the black hole that is the MoD budget and expenditure account could be better controlled and managed.

Hi JRB. Perhaps it is well past time
she realises that she is overspent on her credit card and should stop handouts to the rest of the world she cannot afford, before the bank stops her card.

Margaret Hodge seems to confuse percentages and absolute costs. Three percent is three percent, it is irrelevant in the context what the absolute sum is. Either 3% is sufficient margin or it isn't. Somehow I suspect if the MOD gave her a margin of 10% she would still be bleating!

I worry that both politicians AND the higher levels of the MOD don't understand the game that they are in. They aren't running a shop, (we keep getting these committees bleating about high stock levels),they are running an insurance service and the problem with insurance is that the premium always appears to be wasted if there isn't a crisis.
In fact it is even tougher than that. It is like spending money on a door lock. Did your strong lock deter a thief or even stop a thief or did no one even 'test' your door and you could have left it unlocked?
Defence 'stock' is a tough call. We can't buy ammunition 'on demand' so we keep some in stock. Do we keep a unique spare part for a ship in stock for 30 years? A total waste if we never need it, absolutely vital if we do.
As you infer a lot of the MOD budget is intrinsically unpredictable. We can make a fair guess how many children we need to school or how many people on average will fall ill. Any one care to guess whether we get involved in Syria or even Israel or Kenya? A stupid politician sucking up to Saint Obama could cost us billions.
By the by I don't want to worry you but the defence estate is considerably greater than just MOD Main Building in London. Also be very wary of decreasing numbers both of armed and civil personnel. A fiddle that has been used for many years is to push jobs out to contract. This looks good on paper as the wage bill is cut from the 'current' spend but the work is still done (plus profit)by a contractor but is now on the books as 'equipment support' which is 'front line' expenditure, (pleases the newspapers and MPs), and moves to 'capital' spend which becomes 'investment' or 'infrastructure', all the 'good' weasel words.
On the subject of weasel words, 'value for money' fools the people and the likes of Margaret Hodge. It doesn't mean Tesco white label or whatever, it means that a specific method has been used like getting three quotes and getting an 'independent' authority to select the 'best'. But who gives the three quotes? Quite likely three companies selected by the 'independent' authority. Are these the 'best' quotes? I couldn't possibly comment.

We still need security forces JRB but I agree, we don't need such massive departments as the MoD etc.

Part of the problem is the bureaucracy involved with equipment. Even to order a new desk for an office can take up to two years. Of course if it was for a politician's office it would be signed and sealed within days.

The them and us culture is rife in these places.

As I said above, departments such as the MoD are out of control and nobody knows what's going on.

You're right though, expecting them to predict future spending is a useless task.